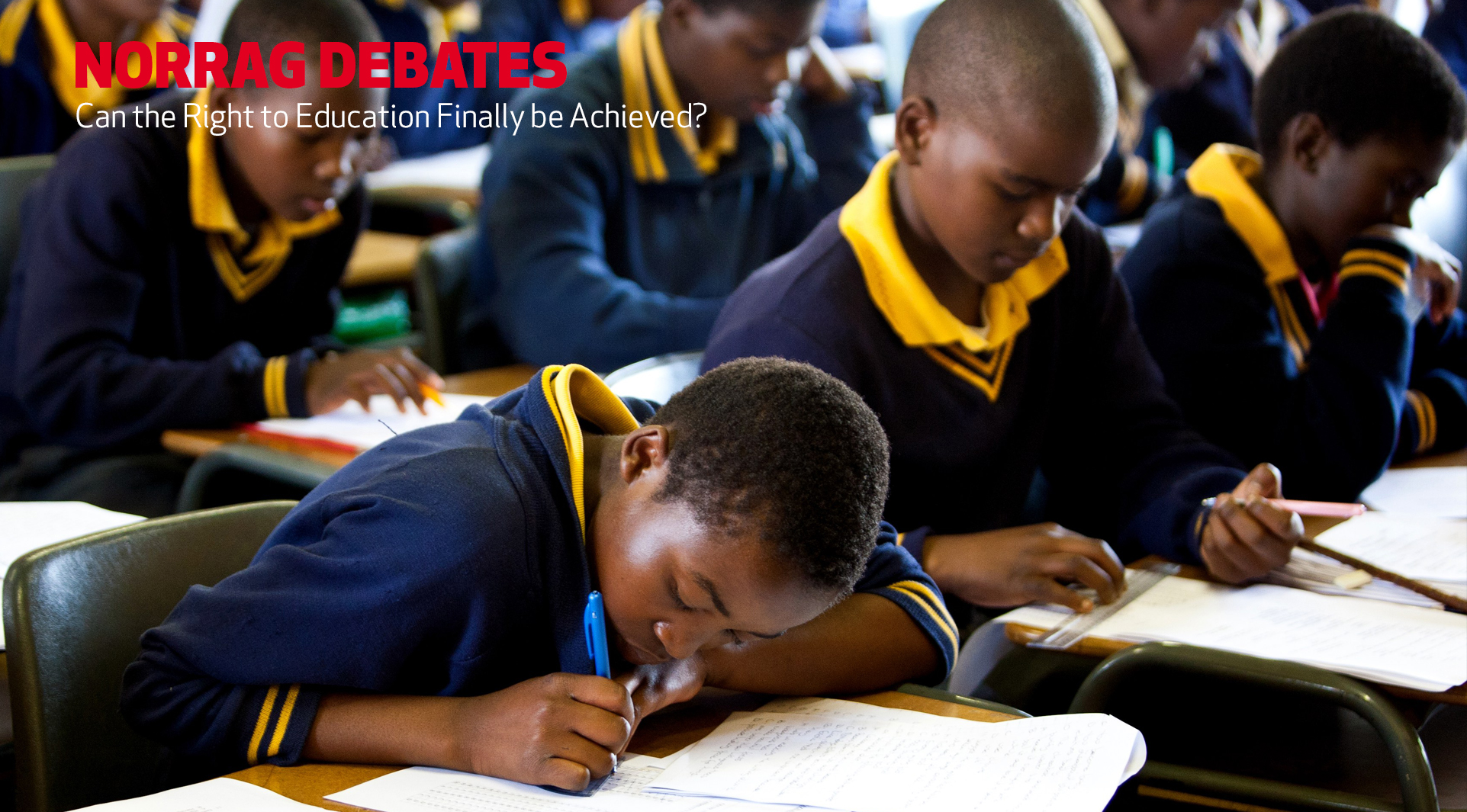 After over two years of research and engagement, 88 organisations published an open letter on the 1st March 2018 calling on the 24 known investors in the US-owned multinational chain of private schools Bridge International Academies to withdraw their investment in the company. This has been a difficult decision – calling for dis-investment must be a last resort. The threats posed by Bridge to the right to education and the rule of law are so grave, setting a risky precedent, and there has been almost no improvement for so long, that we have come to the conclusion that investors must take bold action to address the issue.

Bridge operates over 500 so-called “low-fee” private schools in four African countries – Kenya, Liberia, Nigeria and Uganda – and in India. However, evidence has shown major concerns regarding the company, including for instance an ongoing failure to respect the law (all Bridge schools were closed in Uganda and schools are also being closed in Kenya due to lack of compliance with standards), poor labour conditions (staff working over 60 hours a week for around 100 USD), and lack of transparency. The letter sent on 1st March lays out these concerns and others. It can be read in full here, as well as the summary of evidence it refers to here.

The same day the letter was published, Bridge issued a public response. In its letter, Bridge asserts that it wants to work with governments in order to meet applicable laws and regulations – and accuses the Government of Uganda of not acting “in good faith”. The company has repeatedly claimed to “actively partner” with governments and that it follows procedures. However, a public statement from the Ugandan Minister of Education herself detailed the consistent failure by the company to meet basic standards enshrined in law in the last 18 months. It also clearly outlines the efforts made by the Ugandan Government to constructively work with Bridge, including through several rounds of inspections and reports and several opportunities for the company to respond. Official letters from the Ministry of Education in Kenya from June 2017 and August 2016 as well as a public statement from June 2015 demonstrate a similarly consistent pattern of failures of Bridge to meet the Kenyan Government’s repeated reasonable requests to meet basic education, health, and safety standards for several years.

Bridge claims it is “a strong advocate of free speech”. However Bridge has gone so far as facilitating the arrest of an independent researcher trying to find out more about its operations, as was reported by the Washington Post, whereas it had no evidence of accusations against him. In Kenya, Bridge tried to silence the main teachers’ union and its Secretary General, with a petition to obtain a gag order, but the first phase of the petition was dismissed by the court. Previously, Bridge has sued or threatened critical organisations, such as the head of the Complimentary Schools Association in Kenya, even where they raise valid facts.

Particularly disturbing is Bridge’s use of the Sustainable Development Goals as rhetoric to claim that the company helps children who would not otherwise attend school. There is no evidence that Bridge is helping access to education for out-of-school children. To the contrary, it has been well-researched that fees are the primary barrier for out-of-school children to enrol in education, and Bridge schools’ costs make the schools inaccessible to the poorest in Kenya, except the small number receiving sponsorships (see the calculations p.41-50 and in the appendix 8, based on Bridge’s own documents in appendix 7, in this report). Since Bridge schools are mostly located in populated areas where there’s no shortage of schools, it is highly unlikely that Bridge has any positive impact on enrolment. Rather, Bridge competes with other schools, including government schools, such as this one in Kenya – where the Bridge Academy is just a few metres away from a public school.

Enrolment in Bridge went down by at least 30,000 pupils, from over 100,000 in 2015 to 70,000 in December 2016, in Kenya alone (in comparison, Bridge claims to have 12,000 children pupils in the schools that are being closed in Uganda). Parents, communities and governments alike have understood that, while progress needs to be made to improve education systems in these countries, Bridge is not bringing any of the needed positive disruption or reforms, but it is dividing communities and undermining the rule of law,

Closure of schools is a last resort when a private provider is not complying with appropriate laws and standards, such as in Uganda. In this situation, donors and investors should support governments in their efforts to ensure all children access to free and quality education and ensure proper planning and communication with authorities to mitigate the negative impact on communities during transition process.

This does not mean there should be no private providers, and there are some community schools that play a useful stop-gap role. But experience shows that there cannot be a solution for access to quality education for poor children without improving and developing public education. Operators like Bridge hinder the progress towards a long-term quality public education sector. Instead of working with Bridge, there are many things that concerned donors and investors can do. Aid agencies should increase funding to public education, and where there are concerns of transparency and accountability, they can support local civil society – rather than companies that are reluctant to subject themselves to outside scrutiny. Investors in private companies can also play an important role for instance by ensuring that their investees pay their fair share of taxes in the Global South countries where the investee operates, or by encouraging the development of non-educational services that have been proven to improve teachers’ welfare, such as access to banking services.

This is not about ideology. Our position is based on rigorous, verified evidence. All of the above is evidenced by official Government documents, reputable newspaper articles, court documents, and information from Bridge itself. Additional primary data collected by non-governmental organisations are also available.

Finally, we deeply regret that Bridge constantly avoids responding to these specific issues, and instead engages in negative rhetoric and attacks against teachers’ unions. A wide range of organisations and individuals are deeply concerned by Bridge’s current practices and the potential expansion of their model to other countries in the Global South. This includes community-based organisations, education organisations, human rights organisations, development organisations, and even other non-competitor private providers, as well as the United Kingdom parliament, the United Nations, and the African Commission on Human and Peoples’ Rights. The various networks that signed up to the letters represent hundreds of other organisations around the world, who work daily with populations deeply impacted by the burdens of poverty and inequality.

We invite investors and the concerned public to review the evidence presented above and in the letter, including Government and Bridge’s official documents, as well as court cases. We trust that, with the full knowledge of the facts, reputable investors will not conceive supporting a multinational company based in a tax haven acting illegally and charging fees to poor families in developing countries to deliver low quality education with poor labour standards.

We now hope and expect investors will act responsibly in accordance with their legal obligations to cease funding any company whose actions seriously damage the right to education and undermine domestic and international human rights law. We are open to meeting and discussing these concerns on the basis of this evidence.