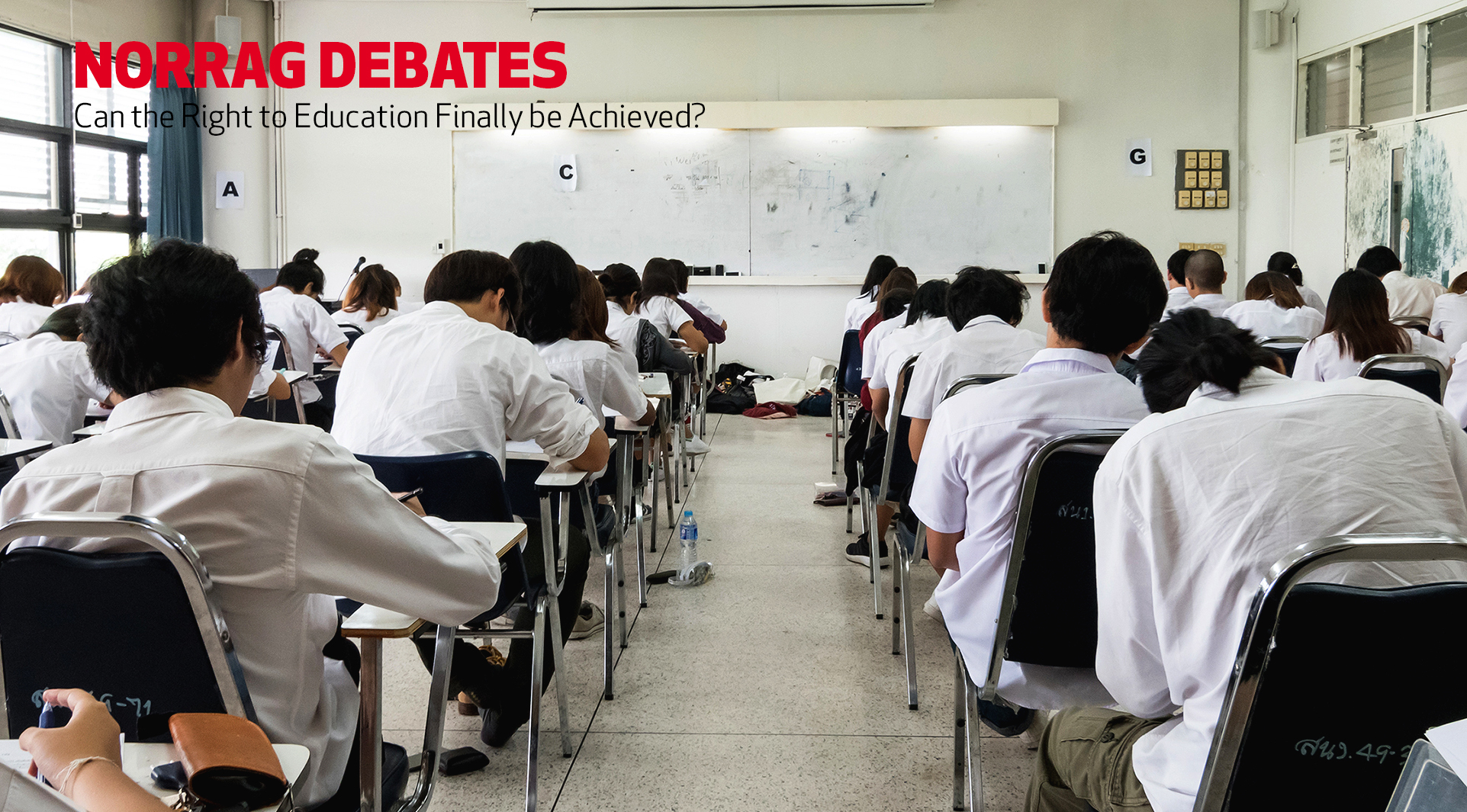 This post is published as part of the NORRAG Debates stream on the Right to Education. The authors take a quantitative approach to the classic economist argument that market competition incentivizes quality, questioning whether voucher-based competitive funding programs, and the associated use of standardized test scores as a measure of quality, should be the foundation to education policy initiatives. This has implication for right to education movements. Voucher programs reflect a vision that aims to guarantee access to schools where quality standards are defined by performance at standardized tests scores. Yet by doing so they undermine a more comprehensive vision of student development and educational quality therefore not fulfilling, by these other quality standards,  the right to a quality education. The post builds on a paper recently published in the International Journal of Educational Development.

What does it mean to receive a quality education? How much can market-driven initiatives incentivize quality education, in schools and in policy?  Milton Friedman’s seminal work, published in 1962, and its promoters have argued that competition for enrollment among schools, and for subsidies when there is a voucher system, would put pressure on schools to improve their educational quality – but how do we define quality?

The Chilean educational system has been a paradigmatic case of a market-oriented educational system since the 1980s, leading to it receiving particular attention in the economic debate about the role of market incentives in education. In (one, possible) theory, quality would be ensured by the demand-based funding system known as vouchers, to the extent that parents decide their children’s schools based on comparative quality, and therefore schools perceived as providing higher quality education receive greater enrollment and more funding.  However, this market-based mechanism alone is not enough, and a set of institutions and public policies have been developed in Chile to ensure that minimum quality standards are met as a form of public accountability beyond the market-driven quality incentives.

In allowing our attention as researchers to be limited by this definition of school quality, we are not just failing to study the effect of market dynamics on other aspects of educational quality, we are also missing the dynamics and possible tensions between other dimensions of school quality and standardized tests. Empirically documenting this tension could be vital to reimagining and improving educational policy, and ensuring that these policies work so that children have access to an education which strives to provide quality in all its aspects.

To contribute to this debate, in a recent paper accepted for publication at the International Journal of Educational Development, we address the effect of competition among schools – measured as is usual in the academic literature, by the percentage of schools in each district that are subsidized private schools – on a wide range of educational quality indicators beyond standardized test scores: academic self-esteem and motivation, the climate within the school, civic participation, and healthy lifestyle habits — all dimensions defined by the Education Quality Agency of Chile. As in the literature that focuses on the impact of competition on standardized tests, our empirical strategy addresses the potential bias in the estimates due to the endogeneity of the level of competition among schools, using a set of instrumental variables that are related to the size of the potential demand that the schools face in each district.

What could explain our results? Paradoxically, the answer could be in economic theory (and common sense), but not in the kind of theory that economists commonly invoke when they intervene in education policy debates, which is simplistic and not realistic. From the perspective of microeconomics, the model of problems of agency with multiple tasks (Dewatripont et al., 2000) allows one to interpret the conflict of incentives that a school faces between only improving performance on standardized tests and putting also some effort in some other areas.  If the government and parents (i.e., the principal) are interested in promoting quality by only considering standardized test results when  allocating resources or choosing the school for their kids (which determines the resources allocation in a voucher system), the schools (i.e., the agent) will confront explicit incentives that will make it prefer to act negligently, by dedicating the largest number of hours to preparing students for a standardized test rather than spending that time on improving other aspects of educational quality.  In sum, faced with the power of the incentives that the principal grants, the agent will leave aside tasks that provide less compensation, which in this case are the other aspects of educational quality.

Our research adds to the literature on negative effects of the widespread voucher system implemented in Chile since the 1980s. This literature has found solid evidence of the impact of competition on school segregation (see Hsieh and Urquiola 2006); and it has found an impact of market dynamics, which implies significant numbers of schools closing every year as well as on grade retention and students dropping out (see Grau et al., Forthcoming).

Should competition and a system of incentives based on standardized test scores be avoided altogether? Even though the results of our paper show negative aspects to the Chilean voucher system, a proper answer to that question requires a more comprehensive evaluation of the system. The contribution of our paper is more modest, namely, we present quantitative evidence of a drawback of the Chilean educational system that have not been addressed. By doing so we contribute a simple message which should be useful beyond the Chilean experience: if all the incentives that schools face are related to standardized test scores, schools will naturally neglect other aspects of school quality to the detriment of the school and the students.