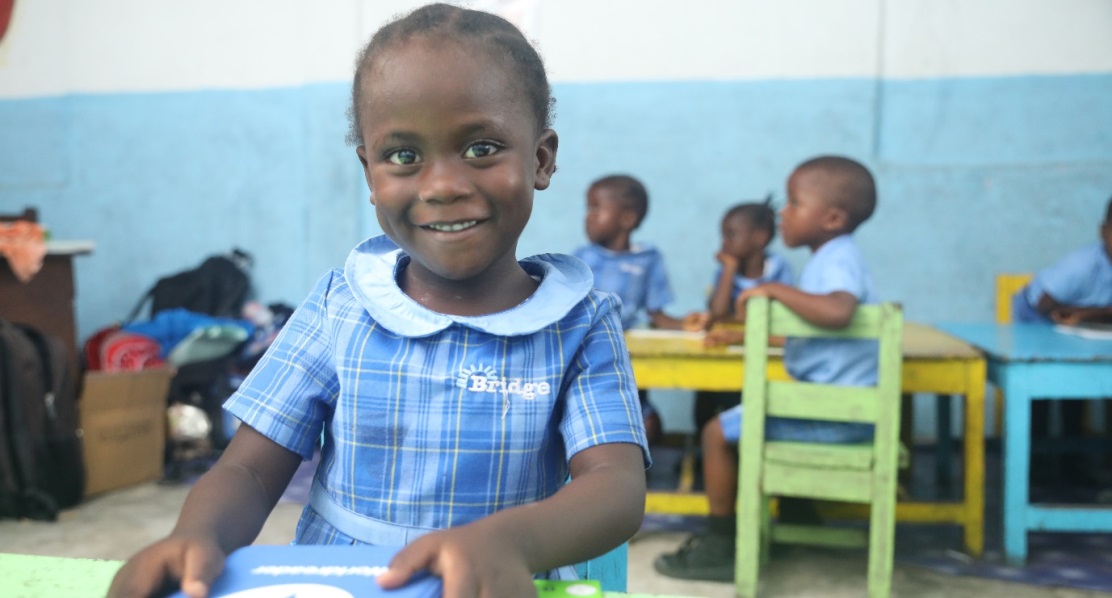 Most Sub-Saharan African countries are struggling to improve their education systems. The UN says that across Sub-Sahara Africa there are about 55 million children not in school. Legacies of war, famine, disease and political uncertainty have all contributed to the current situation of education failing almost a generation of African children.

Governments, companies, charities and organisations have sought to improve education access and quality; to help find a solution to the huge shortage of provision. But, in many regions, the number of children not in primary school is still increasing.

Like so many others, we at Bridge are working to pioneer reform that will, in turn, drive the learning, growth and prosperity urgently needed.

I believe that a mixed education eco-system is becoming evident as a large part of the solution. The challenge is too great for any single model or actor to take on alone and have a meaningful impact.

A mixed model that includes the public system, affordable private schools, expensive private schools, community, faith, and public private partnerships (PPP) will help as many children as possible benefit as quickly as possible. For me, it is the public private partnerships that are offering some of the most promising developments in education reform.

Where I live and work, Liberia, is an example of this, where a reforming government led by President Sirleaf and The Ministry of Education have embraced an innovative PPP model that holds strong potential of delivering academic gains. And at no extra cost to the families. The Partnership Schools for Liberia program is a radical initiative that has the potential to leap-frog education progress and rapidly give pupils the best possible education.

Nigeria is another example of partnership between the public and private sectors. Bridge has just entered into a new partnership with the Lagos State Government in a program called CodeLagos. The programme aims to equip one million young people with coding skills and transform the state into a major technology hub over the next decade. Twenty three Bridge academies and 3,000 pupils will take part in the initiative.

PPP models are not unusual and have been around for decades, be it in health, energy or infrastructure. They enable growth and provide countries with skills, experience and investment that they may otherwise fail to attract. The private sector has much to offer when it comes to delivering change and reform. However, in the context of education, the criticism of PPPs seems somehow deafening by an entrenched status quo.

Delivering PPP education models can be complicated not least because in African countries there are a range of issues which affect the delivery of education such as: reaching the most marginalized, attaining gender parity, fund raising, feeding programmes, and political challenges. Some who look at what is being delivered often criticize reform because they don’t feel that the reforms taking place are perfect and solving a multitude of indirectly connected issues. For example, in Liberia the challenges of feeding programmes become a challenge within education reform and critics judge the success of one by the progress of the other. Another example may be critics deriding education models that only enable some of the most marginalized to be reached initially, rather than all immediately. However, reform is a process, and what is important is that the journey to large scale improvements has begun.

Education is the most effective, self-sustainable way of ending the cycle of poverty in the long term. Investing in children’s education through capacity and capability building, will drive learning gains and give young people the tools they need to leave the cycle of poverty.

Thought leaders around the world have recognized that the status quo is not sufficient to meet demand for quality education, and that new innovative approaches must be made, including by harnessing the contribution of the private sector.

Changing public systems, wherever you are in the world, can often happen slowly and instead of engaging in the redundant debate of whether public or private systems are better, we should engage in the debate of how to utilize both more efficiently and effectively to ensure that our children are no longer failed.

>> View all NORRAG  Blogs on privatisation of education