In all the talk about targets beyond 2015, I am particularly concerned about two things.  First, that the voices of educationalists regarding the nature of education and its role in development are being reduced to simple soundbites based on overstatement of certain effects of ed 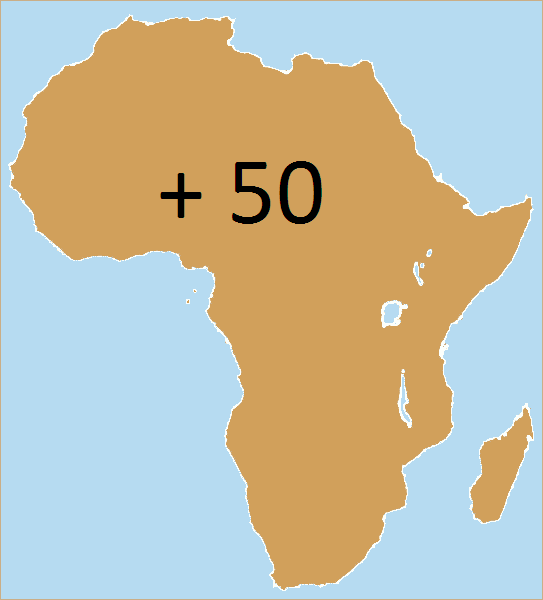 ucation. Second, that the discussion on what works is based on a focus on a narrow sense of what counts as evidence; who counts as authorities; and when matters in our telling of the story.

The occasion of the 50th Anniversary of the Centre of African Studies in Edinburgh, therefore, seemed to offer a perfect opportunity to address some of these issues, and to counter the “permanent present” of much of current debate with a review of 50 years of possible lessons on the relationships between education and development in Africa. The fuller account, written with Kenneth King, is available online so here I will try to quickly summarise our main arguments.

I’ll begin with a challenge to international education researchers, my own community of practice. Over the past 50 years development theory has made a useful move away from a narrow faith in the trinity of economic growth, industrialisation and modernisation. However, none of the currently competing accounts satisfies as an account of development in all its richness.  Moreover, in spite of being an integral part of the current international development targets, education’s position in the major development theories is insecure or marginal. At best, education appears in these accounts as a human right and/or an instrumental tool for meeting larger developmental goals.  The risks of further marginalisation of education are heightened as donors look for scientific certainty and short-run value for money in an area characterised by long-term effects and huge complexity.  Yet learning is a central facet of being human and of achieving progress.  Thus, for those of us working on education and development, there is a pressing need to articulate better our accounts of the crucial role of education in promoting human well-being and building and sustaining economic success.

However, there are also problems beyond our own doorstep. Aid policy remains wedded to targets and indicators, regardless of 50 years of their failure as a global policy technology.  For all the language of national ownership, such targets are still predominantly being developed in places such as Washington and Paris.  Even where the targets are increasingly being localised in other places, such as Addis Ababa – home of the African Union, they seem to largely be drawn from an externally produced script and based in an implausible faith in currently almost absent capacities to collect and use the necessary data.

The current international fascination with the next development agenda seems a world away from the realities and challenges of education-and-development in Africa. The continent remains one of regions where the EFA/MDG targets are not being achieved in many countries. Equally, the few available indicators of skills development would suggest that Sub-Saharan Africa as a whole is one of the least well served of any region, even if there are pointers to improvement. At the same time, it needs remembering that long-term capacity building in science and technology are crucial to securing any of the MDGs or other meaningful development targets. Of course, the message that education should be understood as a whole sector, and not just primary schooling, was evident at World Conference on Education for All in Jomtien, but it has been forgotten subsequently in the rush to set and meet targets. For targets cannot cope with coherent sectoral strategies.

However, the main argument of our paper was that Africa has not been well served by the largely externally determined targets for education, which initially promised universal primary education by 1980, not 2015. These targets have altered the structure of African education, as did other once-fashionable priorities such as non-formal education and manpower planning. But they have continued a history of Africa being largely a recipient of external agendas for its education and training, in a tradition that stretches back to the missionaries, colonial governments and the Phelps-Stokes Commissions of the 1920s. There is little indication that Africa will play a key role in setting the next international development agenda, and in particular any education targets.

This is deeply problematic, for securing education for all of high quality in African nations cannot be the result of external international targets or even of external aid. National funding, supported by national research evidence on the role of education and training, must be central, and we must give much more thought to the mechanisms that facilitate the development of these.

Our longer paper, King & McGrath- Education and Development in Africa: Lessons of the Past 50 Years for Beyond 2015, is available at http://eprints.nottingham.ac.uk/1640/

Simon McGrath is Professor of International Education and Development, University of Nottingham, and Editor-in-Chief of the International Journal of Educational Development. Email: simon.mcgrath@nottingham.ac.uk