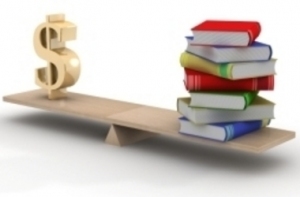 The question of ‘Value for Money’ for education is rightly a matter of public concern. In recent years however it has come to be framed in terms that are overwhelmingly one-sided, namely not just in terms of the economic and social benefits that may accrue from education, which is a perfectly legitimate concern, but also in conceptual terms that provide a narrow and distorted account of a fundamental human activity and good. This framing has been done in terms of seeing education as primarily an individual private good. The reason for this kind of thinking is not hard to fathom; education is a benefit to the individual educated, it appears that no-one else can enjoy the benefits of an individual education – it is excludable. One can reject education; there has to be some activity from the educatee as well as from the educator for education to happen and it appears to be rivalrous; one person’s education reduces the availability for others – there are only so many children one teacher can teach. Education therefore appears at a superficial glance to have the characteristics of a pure private good.

But the above is a good example of reasoning within a very narrow frame of reference so that the phenomenon in question is misunderstood in important ways. Let us take excludability first. Even if someone decides to make use of their education in a purely selfish way (a controversial assumption), there is no reason to suppose that others will not benefit from their expertise. Even the ability to read and write, when it is distributed on a sufficient scale, will have widespread societal benefits – for those who are illiterate and for the children of the literate who will be enabled to learn to be come literate. It is at least questionable whether one can reject education if enough pressure is put on an individual to become educated – hence compulsory education. Liberal theorists like Adam Smith and John Stuart Mill proposed tough sanctions, either for parents who failed to educate their offspring or for those who failed to become educated, even though they rejected the idea of universal, free public education with a curriculum controlled by the state. Rivalry is a problematic question. On the one hand a society can make provision for universal education; on the other, it is also to some extent a positional good where the type of education one has enjoyed or the degree of one’s educational achievement can affect the ability of others to fully benefit from their own education. But positional considerations can be ameliorated by the provision of good quality public education.

So education looks like a complex kind of good with clear private benefits (which are by no means only economic) and clear public aspects. It cannot be treated as a pure private good without misunderstanding it in fundamental ways. An advocate of market-controlled education might concede these points but argue nevertheless that education should be supplied as a private good and that its value as a private good will ensure that it is universally taken up, which will, in turn, ensure that its public benefits are enjoyed by everyone. Such a response, however, presupposes a very optimistic view of what can be achieved by educational markets, a view that was not shared for, by example, Adam Smith. I will draw attention to three problems.

The first is that in a society with unequal individual resources some individuals may be able to buy more education than others, thus excluding others from certain kinds of provision and, in effect by bidding up the price of education, rejecting others from enjoying it. Such measures accentuate the positional nature of educational goods, thus increasing their rivalrousness. Profoundly unequal levels of education thus do much to damage its public quality. But there is another quite fundamental problem. It is too readily supposed by comfortable, educated academics that everyone regards education or at least that provided by formal schooling, as a good. But this is not always the case, as Mill and Smith were wise enough to recognise. There are two points here. The first is that the attainment of education is a long term process and the benefits tend to be discounted by the potential beneficiaries, particularly if they are immature and have not attained full powers of judgment. Second, the actual people who are to be educated are not, in many cases, those who have to purchase their education. If they see any future benefit to themselves it will be a long term one and they may well have to consider the opportunity costs of purchasing education for an offspring rather than using those resources for something else of immediate use.

We know, of course, that in many developing countries many poor parents are prepared to invest a large amount of their disposable income on their children’s education in a private school, very often an unregulated one. But this brings us to a third problem with educational markets in which ‘Value for Money’ is a prime consideration. How does one make a valid judgment that the education that is on offer for one’s own purchasing power is a worthwhile expenditure as opposed, say, to letting one’s child be educated in a state school? The educational market is often opaque and the benefits, even the individual private benefits, are difficult to calculate, partly because of considerations advanced above. The purchase of private education on a ‘Value for Money’ basis, particularly for poor parents, is a problematic exercise.

On the other hand it is perfectly reasonable for taxpayers to expect that the resources invested in public education are well used. In this case, the ‘Value for Money’ criterion takes on a different nature as the judgement has to be made on the benefits to society as well as to the individual of such an investment. Unfortunately, the private good conception of education is becoming increasingly dominant and has the potential to affect individual choice in such a way that individual purchasing decisions may undermine the public goods character of educational provision. Further consideration of the Value for Money criterion for judging the worthwhileness of educational goods needs to take full account of the complex nature of education as a good and the difficulties for private individuals of making valid judgments about the quality of what is on offer. This is even more difficult for poor parents without access to the same resources of cultural and social capital than well-off, educated parents.

This piece first appeared in NORRAG NEWS Value for Money in International Education: A New World of Results, Impacts and Outcomes, No.47, April 2012, pp. 7-8.