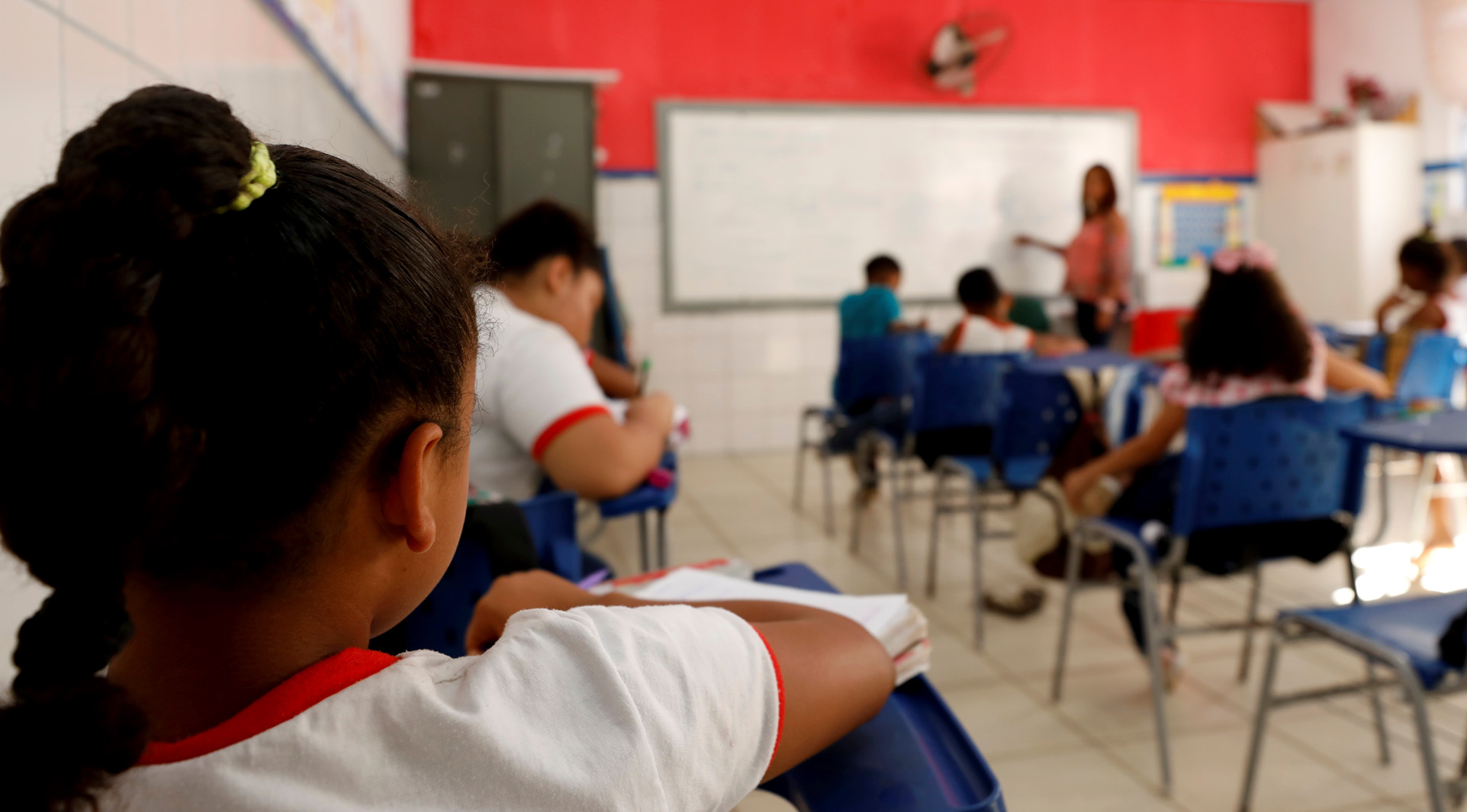 In this NORRAG Highlights, Steven J. Klees, Distinguished Scholar-Teacher and Professor of International Education Policy at the University of Maryland discusses UNESCO’s Global Education Monitoring Report on Non-State Actors in Education: Who Chooses? Who Loses? Klees looks at the scope of the report, its recommendations and offers a critical view of its limitations, impacted by the report’s attempt at offering a balanced view of the choice between public and private governance. He then reflects more broadly on its implications for the privatization of education.

UNESCO’s Global Education Monitoring Report 2021/22 is entitled “Non-State Actors in Education: Who Chooses? Who Loses?”  The Report takes a very broad definition of non-state actors (NSAs), including individuals and organizations involved in education provision, financing, and policy (p.8).  It has about 200 pages on this topic with chapters focused on provision, governance and regulation, finance, and influence (the other 386 pages are about monitoring SDG4).

It is a myth that “private schools… are better” than public schools.  Once the advantaged characteristics of private school students “are controlled for the gap between public and private schools is usually slashed or eliminated” (p.19).

It is a myth that the “private sector is a solution to the out-of-school challenge.”  Private schools generally operate where public schools are already available and are usually for the more well-to-do families.  “The potential of low-fee private schools to improve equity has been exaggerated” (p.20).

It is a myth that the “private sector is a solution to education financing gaps.”  It goes on: “there is no evidence so far that they are willing or able to do that” (p.20).

However, despite these strong statements, the Report is yet another attempt to do an “on-the-one-hand-this, on-the-other-hand-that” kind of argument that pervades reports on the privatization of education.  For, example, the Report also argues:

The Report also implies that private schooling is more efficient and innovative than public schooling: “efficiency and innovation, rather than being commercial secrets, should be diffused and practiced by all” (p.4).  This is nonsense.  It seems what the Report means by efficiency is lower cost, and there is no secret involved – many low-cost private schools pay poorly educated and trained teachers a pittance when what is needed for good education, for truly efficient education, is to pay teachers as the professional they should be.  There is also no credible evidence that private schools are any more innovative than public schools.

The Report is unwilling to take the strong stance its analysis implies.  If privatization does not improve learning, if it increases inequity, and if it does little or nothing to close the financing gap, then it is high time we de-privatize, that is, we roll back the privatization juggernaut that has upended the education world over the past four decades.  In 1980, only 8.4% of primary school students were in private schools; in 2019, it was 18.6%.  In some countries, like Pakistan, almost 40% of primary school students are in private schools.[i]

The privatization juggernaut is based on ideology, not evidence.  The advent of neoliberalism in the 1980s brought a sea change.  Prior to that, privatization wasn’t on the table.  All of a sudden, for education and other public services, it began to be argued that government was self-interested and incompetent, and the solution was to rely much more on the market.

Some years ago, I attended a meeting about health policy at the World Bank.  The World Bank presenter pointed out how, in many poor countries, poor people chose to be treated at private health clinics for a fee instead of going to free public clinics.  This “voting with their feet” – as economists like to call it — was touted as evidence of the success and value of privatization.  To the contrary, I pointed out that this is simply evidence of the success of decades of neoliberal ideology in which public health clinics have been systematically decimated, ending up without doctors, nurses, or medicine.  The same has happened in education, most especially in developing countries.  Years of neoliberal policies have often left public schools over-crowded, with poorly trained and paid teachers, few learning materials, dilapidated facilities, and often not close by.  It is no wonder that some parents opt out.  However, while it may be rational for disadvantaged individuals to sometimes send their children to private schools, it is poor public policy to encourage it – it increases inequality, it ignores the public interest, it neglects public schools, and it devalues teachers.

In its 200 pages of analyzing privatization, the Report never mentions neoliberalism, the main underlying source of this juggernaut.  Moreover, the Report makes two major recommendations that effectively promote privatization.  First, it argues that “publicly financed [education] need not mean publicly provided if equity can be ensured” (p.24).  This could further open the flood gates for public subsidization of private schools.  But it should not, because equity can almost never be ensured.  The counter-example given is the Netherlands, but whose wealth and history make it irrelevant to developing countries.  If, in developing countries, privatization always yields greater stratification and inequity, then public finance must be reserved for public schools and this recommendation is misleading at best.

The Report’s second major related recommendation is that “non-state providers funded by the state should not charge any fees” (p.25).  This implies that when subsidized, private schools should be completely subsidized so they have no need of fees.  This recommendation is an NSA dream – they get to run schools and get fully paid by the government to do so.  But why should any government turn public schooling over to private management if, as the Report says, private schools perform no better than public ones?!  If markets are so efficient, let them compete unsubsidized.

My view is reinforced by the Abidjan Principles which were developed in 2019 by human rights specialists and others to provide a framework to assess privatization in education (discussed on p.14 of the Report).  They have rightly gotten a lot of support from national and international organizations and are seen by many as a brake on the rampant privatization of education.  While there are many nuances in the 97 principles, I have always thought Principle #34 implied substantial de-privatization:

34. In allocating their maximum available resources for education, States must prioritise the provision of free, public education of the highest attainable quality, including by allocating adequate financial and other resources for the realization of the right to education as effectively and expeditiously as possible. States must ensure that any reallocation or expenditure of their education budgets to areas other than the direct provision of free, quality, public education does not impair the delivery of such education.

To me, it is clear that any public resources given to private schools “impair[s] the delivery” of free, public education by taking away resources from its provision.

Millions of dollars have been spent researching public vs. private schools, but, to me, this has been a waste of resources.  I don’t really see this as an empirical issue.  Many, many studies have been done, and the conclusion is what most of us knew already – with similar students, sometimes private schools perform a little better, sometimes public schools do, and often there are no important differences – at least in the test scores that are usually measured.

To me, the historical, legal, human rights, philosophical, and educational arguments support the presumption that education should be governed by communities democratically and run by the public sector, not run by private management following private interests or profit-making.  In our market fundamentalist neoliberal world privatization has run amok. Not just in education but in all areas of public services like health care and water provision.  This is fundamentally changing the character of our societies and their governance.  The long-run goals of business are sobering.  The grandiose Global Redesign Initiative proposed by the World Economic Forum at Davos in 2010 essentially wants to turn the United Nations itself into a giant PPP, with business being formal partners in global governance along with States and other stakeholders. A recent MOU between the UN and the WEF is implementing this.

The market fundamentalism of neoliberalism has been the realization of a wonderful dream by businesses.  Their eyes light up with the trillions of dollars the education market represents and the many more trillions of dollars needed to realize the Sustainable Development Goals.  Not only do they stand to make amazing profits, but often they are able to socialize losses through government guarantees.

For the major existential problems the world faces today, we need another sea change, one that places governance in the hands of the public, of governments, of civil society and of a more participatory democracy.  Privatization is a scourge.  Climate and other environmental catastrophes, the pandemic, ongoing wars and violence, continued hunger, poverty, and inequality, rampant sexism and racism are not only not solvable by business but are exacerbated by the workings of neoliberal capitalism, perhaps by capitalism in any form.

Business leaders and management techniques have been looked to as a source of wisdom, but they are singularly unsuited to dealing with our social crises.  Business problems have a relatively simple bottom line and relatively clear understanding of production processes, none of which is true for our major social problems.  Returning to our discussion of education, there is no bottom line; the current emphases on literacy and numeracy are only two of the many things we need education to do, and how education can produce the many outcomes needed is a more complex process than any business faces, even rocket science.  The GEM Report on NSAs offers some critical views of privatization but is part of a misplaced effort to offer a “balanced” empirical examination of the choice between public and private governance.  Much greater public governance is necessary to redirect education to helping to resolve our social crises as well as to tackle these problems directly.  Our very survival depends on it.

[i] https://databank.worldbank.org/indicator/SE.PRM.PRIV.ZS?id=c755d342&report_name=EdStats_Indicators_Report&populartype=series  Global data for private enrollment in secondary school in 1980 is not available but for 2019 it was 26.9%.