By Oscar Valiente, University of Glasgow. 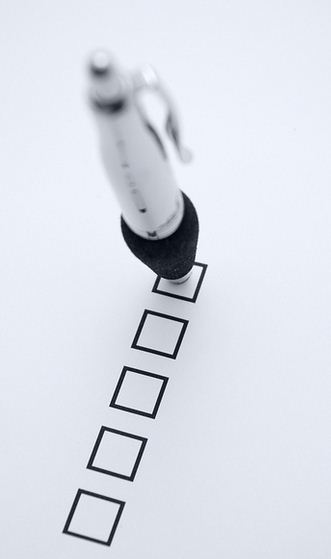 The OECD launched the first results of the International Report of the Survey of Adult Skills (PIAAC) in October 2013 in Brussels, and a series of dissemination events have been taking place in different parts of the world over the past months. PIAAC assesses the performance of the adult population (16-65 years old) in three different domains: literacy, numeracy and problem solving in technology environments. The PIAAC background questionnaire also provides information on the socioeconomic condition of individuals, their labour market status, their participation in training activities and their use of skills at work and outside work. Researchers from different countries are already analysing the PIAAC dataset and we expect a large amount of new evidence being produced thanks to PIAAC. But PIAAC is not only a knowledge tool; it is also a very powerful governance tool in the hands of the OECD.

International large-scale assessments such as PISA have demonstrated themselves to be very effective at attracting everyone’s attention. The success of PISA lies in its capacity to identify and define policy problems that national governments need to address (Grek, 2010). PISA ranks and rates countries against a set of critical standards previously established by the OECD, but it does not provide the answers to explain why some countries do better than others in the ranking. We all know that Finland has been very effective in achieving both high levels of proficiency and equity in the skills measured by PISA, but we still do not know why Finland does better than other countries and what reforms should be implemented in order to improve the performance of the other countries. Policy brokers from a wide range of ideologies refer selectively to some of characteristics of the Finnish education system in order to legitimize their own policy reforms (Verger, 2012), and nothing in the PISA framework prevents them from doing it. It might be perfectly argued that, from a policy perspective, the global governance by numbers is much more effective in creating policy problems than in solving them.

PIAAC, the new international assessment developed by the OECD, was directly inspired by the successful experience of PISA, but it incorporates one salient innovation that is worth mentioning here. PIAAC is part of the Skills Strategy, a wider OECD initiative that tells countries what policies to implement in order to convert the skills of their adults into better jobs and sustained economic growth. The policy framework of the Skills Strategy was published in 2012 in the report Better Skills, Better Jobs, Better Lives; A Strategic Approach to Skills Policies. The report collated evidence and knowledge from different projects and directorates across the OECD in order to develop the policy recommendations that today are mobilized globally through PIAAC.

For the OECD, “skills have become the global currency of twenty-first century economies” (p. 10) and investing in skills is “the single most effective way of not just promoting growth but also distributing its benefits more fairly [through jobs]” (p. 11). The OECD also admits that education policies cannot aspire to provide better opportunities of welfare if they operate in a context of high unemployment rates and low paid jobs (Brown et al., 2010). The traditional orthodoxy of human capital theories, where efficient labor markets reward the investment in education and training with better jobs and income gains, in the OECD Skills Strategy is partially substituted by and combined with some of the analytical contributions of the political economy tradition and its emphasis on the institutional factors that shape the demand for skills in capitalist societies.

The OECD tells countries that their education and training systems should contribute to revamp national economies and it provides policy guidance of how to do it effectively. For the OECD, education and training policies should be better coordinated with social and economic polices under national interdepartmental skills strategies. These skills strategies should not focus only on improving the supply of skills but also on stimulating the demand for high skills in the market and their utilisation in the workplace. Under this framework, the neoliberal submission of education and training policies to the demands of the market is substituted by a whole-government strategy where the State intervenes in the market in order to incentivize the development of a high skills economy (Brown et al., 2001). This should be seen as a step forwards in the OECD commitment to education as it will help countries to better identify the strengths and weaknesses of their national skills systems and design and implement better policies for improvement.

The Skills Strategy of the OECD deserves our attention not only due to the its educational leadership among member countries but also because its increasing influence in non-member countries. As it has been seen in the project Pisa for Development, the Directorate for Education of the OECD wants to play a more important role in the post-2015 scenario, and its international surveys are strategic tools to do so. Given the renewed global interest for the skills sector in the education and development field and the scarcity of solid alternative policy frameworks at the global level, it is reasonable to expect that a substantial number of stakeholders, including donors and governments in the Global South, will use the OECD Skills Strategy as a policy guide.

Although most stakeholders will probably welcome the greater involvement of the Directorate for Education of the OECD in the development field, some of us have already pointed out the possible unintended and undesirable consequences that the OECD Skills Strategy might have in the Global South (Valiente, 2013). The policy framework of the Skills Strategy has been developed to address the needs of countries in the Global North, and it is difficult to imagine how these policy recommendations could be easily translated to the political and economic context of countries in the South.

If you do not see yet the Directorate for Education of the OECD as a potential big player in the post-2015 scenario, please visit the PIAAC website. There you will read that “the OECD is actively soliciting interested government officials and policy makers for a third round of the Survey of Adult Skills, planned for 2014-18”. And you will see that the profile of the potential clients of this third round is quite clear: “The OECD will work with low and middle-income countries interested in participating in the Survey of Adult Skills, donors and other agencies to ensure sustainable funding to meet the costs of implementation. Donors are encouraged to contact the OECD for more information about contributing to this next round.”