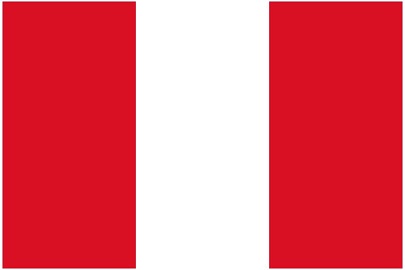 As in the past, the recent results of the PISA assessment for Peru generated pessimistic comments about the abilities of our students and the quality of our education system. Are our students achieving poorly? Without a doubt. Are we worse than in previous assessments? No, according to available reports, including one for the Peruvian case prepared by the Ministry of Education (see report in Spanish). [Editor: Peru improved the equivalent of almost two grades in math and one grade in reading and science since 2000].

We are achieving poorly as most of our students are placed at level 1 or below 1 in performance scales in mathematics (75%), science (69%) and reading (60%). In the report there are descriptions and examples of what this means in terms of the abilities of students, but in short it could be said that they only manage to solve the most simple items, and sometimes not even that. We are also achieving poorly as PISA shows again that the Peruvian educational system is highly inequitable; for example, there is a very large performance gap between rural and urban students in favor of the latter, and this has not diminished since the first PISA evaluation (administered in 2001 in Peru). In rural areas of Peru there are higher proportions of poor and indigenous students than in urban areas.

We are not worse than in previous PISA assessments as shown in the only scale that is strictly comparable with the first evaluation (reading)[1]. In fact, Peru is the country that has progressed the most since the first evaluation. This happens in a context in which the net coverage of 15 year old students in the school system (PISA only evaluates children enrolled in formal schooling) has increased from 66% to 87% between 2001 and 2012 (Mexico and Colombia  show higher PISA scores than ours, but they have coverage rates of about 70% of 15-year-olds around 2012). Increased performance in PISA while expanding coverage is a remarkable achievement.

It has been repeatedly said that we have fallen in the rankings compared to 2009. Indeed in the previous PISA we ranked 63 in reading (out of 65 regions or countries), 63 in mathematics and 64 in science. In PISA 2012 we ranked 65 (last) in the three areas. However, this comparison in ranking is highly questionable as participating countries are not exactly the same in both rounds; for example, three countries that participated in 2009 with similar or lower results than Peru (Azerbaijan, Kyrgyzstan and Panama) did not participate in 2012. Given this, it makes no sense to say that we have lost ground or that we are the last in the world, as some of the press has informed. The interpretation of rankings also require considering the fact that most of the regions, such as Shanghai, or countries that participated in PISA are OECD members, which have much higher GDP per capita than Peru; this is relevant given that country GDP and educational achievement are positively correlated. Most countries with medium, such as Peru, or low income do not participate in PISA.

The results for Peru are no doubt disturbing, but they are not the making of this or even the past government as some critics have suggested. They rather reflect the lack of importance our country has given to education historically. The students tested in 2012 were born and began their preschool education and continued with formal schooling for around 9 years under five successive Presidents. While PISA does not diagnose the reasons behind low or high achievement, other research carried out in Peru suggests that the reasons for the low performance could be mainly related to the quality of the pedagogical processes implemented in the classrooms. Our teachers have traditionally “dictated” their lessons, promoting learning based on memorization and mechanistic application of routine procedures, while PISA items are based on reasoning and problem solving. Additionally, we should not forget that PISA only measures some of the expected outcomes of education. For example, it would be desirable that the results of an assessment planned by the Ministry of Education for this year showed that students are acquiring advanced citizen skills, relevant for what might be the major task for the country: deepening democracy.

This blog was first published on 7th December 2013 on Peru21.pe in Spanish and has been translated to English by NORRAG, and edited slightly by the NORRAG blog editor and author.

[1] Peru participated in the first round of PISA (emphasis on reading), skipped PISA 2003 (emphasis on mathematics), and 2006 (emphasis on science), and rejoined in 2009 (reading), and 2012 (science). While all subject areas are included in each round, the developers of the test suggest that a country should have participated in a round where a given subject area is emphasized in order for scores to be comparable across time. Hence Peru can compare reading, and starting in 2015 could compare mathematics.