The storm is upon us!

We carried out an analysis of what looked like the gathering storm of proposals around education and skills in the post-2015 development agendas back in August 2012. In the last six-seven months, there really has been a hurricane of activity: UN thematic and country consultations (see the overview released 21st March here), My World, several meetings of the post-2015 High Level Panel, the set up of the intergovernmental Open Working Group on Sustainable Development Goals (SDGs) (1st meeting summary here), more consultations, NGO position papers, reports, blogs, conference planning, more #post2015 tweets than we could count, and probably some “Keep Calm and Carry On Post-2015” T-shirts and mugs being printed somewhere. The sheer complexity of the route map to post-2015 goals has led ODI to develop a useful ‘MDG Goal Tracker’. 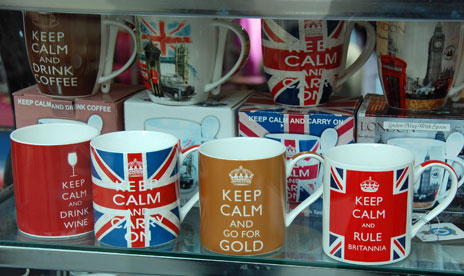 In early April 2013, we shall be releasing on www.norrag.org the full paper behind this short teaser blog.

There has been a massive intensity of post-2015 activity in many OECD countries. In the UK, for example, the Prime-minister is a co-chair of the High Level Panel, a special post-2015 unit has been set up in DFID, the House of Commons International Development Committee produced a report in January 2013 (to which the UK government responded on 19th March), and the UK-based ODI and IDS have strong post-2015 themes. Many northern HQ-ed International NGOs – Save the Children, Oxfam, ActionAid etc – have reports on post-2015 and a whole conference (UKFIET, September 2013) is taking place around the topic. In the US, while the activity is centered around the UN HQ in New York, conferences such as the US-based CIES are tackling education post-2015 (see NORRAG’s CIES panel here). Inside the UNESCO HQ building in Paris, the EFA Global Monitoring Report team have set up an online hub which acts as a ready reference for all manner of education-related post-2015 activity including from Brookings, UKFIET, NORRAG.

Some 80+ country consultations are meant to be happening, of course, but these have all been “facilitated” by the UN. There has also been a degree of Southern engagement in Northern-facilitated “consultations” by agencies & INGOs. But what has taken place that has actually been initiated from the South? Not that much, it appears – with a few notable exceptions. For example, one exception is Bangladesh and the People’s Forum on MDGs & Southern Voice – a Southern think-tank network. Another is the Campaign for People’s Goals for Sustainable Development, a network of southern NGOs. A third exception is Brazil, which has been quite vocal in its views about the post-2015/SDG agenda. Meanwhile, the newly formed intergovernmental Open Working Group (OWG) on SDGs has one of the two co-chairs from the South (Kenya). Whether the OWG on SDGs will help create a ripple effect across the South remains to be seen; but there are still exactly two years and 277 days (from today) for the post-2015 waves to sweep over the South.

There is currently a tripartite official process of determining the position of education post-2015; each of the three processes has its own trajectory, but each with its final sights on a new agreement in 2015:

b)      The Sustainable Development Goal (SDG) process; and

Mapping out the route to 2015 (see our forthcoming paper early April 2013 on www.norrag.org), it appears that timelines are out of synch and that full convergence is unlikely until mid-2015, following the planned Global Conference on Education in Korea, April 2015.

We know that some education goals have been suggested, e.g. by the Global Campaign for Education (US chapter), the Basic Education Coalition, Save the Children, and recently Brookings (a ‘learning for all’ goal) and the EFA Global Monitoring Report. The Commonwealth Ministerial Working Group on the Post-2015 Development Framework for Education was so bold as to put forward three principal education goals (post-MDGs) and six sub-goals (post-EFA goals). Meanwhile, DFID is still hedging its bets and has only put forward “thoughts” on goals (but the UK has indicated elsewhere its focus is access and learning at primary and secondary levels).  Meanwhile, USAID has still no public position on the post-MDGs.

In our earlier NORRAG occasional paper, one of the red threads was that while ‘Education’ in general was frequently mentioned in post-2015 proposals, ‘Skills Development’ or ‘TVET’ (technical and vocational education and training) were not.  Would this have changed in the last six-seven months, and not least because in 2012 there was published a whole series of what could be called global reports on skills? (NORRAG NEWS 48 will cover this topic and will be accessible in early April 2013).

Quick answer is: no. Despite the global economic recession, high youth unemployment (north and south), and widely perceived links between technical and vocational skills development and employability, few MDG Goals have been elaborated that relate to technical and vocational skills. Of course, unlike schools and “learning”, there is no single TVET lobby. Instead there is

multi-ministry and multi-UN agency ownership of technical and vocational skills. But no clear voice.

However, the World TVET Report (to be published in May 2013) has given some us some transformative ideas to work with. And it can lead us to derive a possible Skills Goal: “Equitable access for all to quality skills for life, decent work and sustainable growth”.

This month has seen three important milestones: one was the first meeting Open Working Group on SDGs; the second was the Global Thematic Consultation on Education in Dakar; and, the third was the Bali meeting of the Post-2015 High Level Panel. These three processes are still quite separated.

First, on the 14-15th March in New York, the Open Working Group on SDGs had their first meeting. They will continue to meet over the next year and more, and it will be interesting to track the education and skills discussions taking place here.

Second, and following the education e-consultations (mid-December 2012 to March 2013), the Global Thematic Consultation on Education in the Post-2015 Development Agenda finally took place on  18th/19th March in Dakar, Senegal (see Summary Outcomes here). “Equitable quality lifelong education and learning for all”  was proposed as ‘an overarching education goal’, and a couple of days later, this was valuably commented upon and critiqued by the GMR as being a compromise between the learning lobby and the access constituency, with a concern also about the slippery term ‘lifelong’. To this overarching goal coming from Dakar, needs to be added sub-goals, targets and indicators.

Third, the Bali High Level Panel meeting took place on 24-27th March, and a communiqué was issued which focused on the meeting’s three discussion topics of partnerships, financing and means of implementation; hence there was little specific mention of any sector, and none of any human resources issue, including education and health. Following this meeting, the end of May 2013 will see the High Level Panel report submitted to the UN Secretary General (SG), which in turn will serve as an input to the SG’s own report to the UN General Assembly in September 2013.

For the education and skills communities, this three-track process makes it hard to know who, how and when to try to influence and lobby.

Equally, however, the education and the TVET/workforce skills communities must start being more precise about what exactly we want to see once this storm clears.

The full paper behind this blog is available for download.