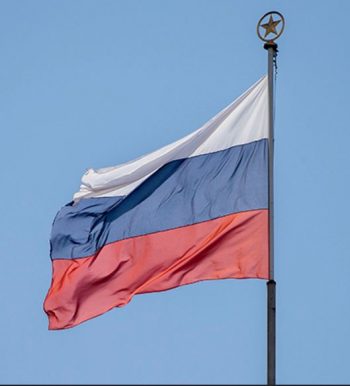 By Tuomas Takala and Nelli Piattoeva, University of Tampere, Finland.

The topic of Russia’s development assistance in general, and specifically in the education sector, has seldom been of interest among researchers – even in analyses of “emerging” donors (e.g. Mawdsley 2012); in the case of Russia, the appropriate term is rather “returning”. This situation is partly understandable as resulting from a language barrier, although much of the relevant material on the policies and activities of Russia is available in English, but it also reflects a lack of research-oriented interest – in quite a contrast with the proliferation of other Russia-related commentary in the Western media. Also within Russia, research on issues of development assistance has to date been rare, and even more rarely published in English (e.g. Larionova et al. 2016).

After the fall of the Soviet Union (which had a history of being a donor, see e.g. Bach 2003), there was a brief interlude during which Russia qualified as a recipient of ODA; actors in the education sector were the World Bank, the EU TACIS program, the Open Society Foundation and some bilaterals (see Takala & Piattoeva 2012). A World Bank-funded Education Reform Project was implemented in 2002-6, but then in 2008 Russia entered a new arrangement by becoming the funder for the (Russia Education Aid for Development (READ), 2008-2015) Trust Fund, implemented by the Bank with a total funding of US$32 million, of which 35 percent was set for global-level activities and 60 percent for country-specific work (e.g. Gardner & Clarke 2015).

The aim of READ was to contribute to improving the quality of basic education through assessment of learning outcomes. The participating countries were selected from among the endorsed beneficiaries of the EFA Fact-Track Initiative, but additional criteria for the selection of these recipients are not explicit in the READ documents. However, the participants represented a combination of former Soviet republics (Armenia, the Kyrgyz Republic, Tajikistan) and developing countries that had a history of a socialist orientation and some linkage with Soviet educational assistance (Angola, Ethiopia, Mozambique, Zambia, Vietnam).

Activities undertaken within READ ranged from country-specific workshops and training sessions to international study visits, conferences and long-term training. The role of Russian expertise in the READ –funded activities was small overall, and mostly confined to the Commonwealth of Independent States (CIS) countries where Russian could be used as the language of communication. Elsewhere the program was generally not identified as having a connection with Russia. At the same time, the Trust Fund arrangement enabled a group of Russian administrators and education experts to develop their knowledge in the realm of Western-dominated development assistance and models of assessment of educational outcomes. Training material for this purpose was developed, and a small Centre for International Cooperation for Educational Development (CICED) was established in Moscow. Apart from the in-country activities, READ funds were used for developing the World Bank’s SABER Systems Approach for Better Education Results program as a new “global product” embedded in the key points of the Bank’s Education Sector Strategy 2020.

In a previous analysis we identified four roles of Russia as an education sector donor: Learner, Intermediary, Teacher, and Regional Expert (Piattoeva and Takala 2015). That analysis highlighted how Russia balances between different roles, on the one hand, revealing its ambitions for a more prominent and independent posture in development and, on the other, showing clear signs of willingness to be socialised into the conduct expected by the traditional donor community. In this context it was thus not at all surprising that the World Bank could assume a central role in initiating Russia into both the donor conduct and the global policy of learning assessment – which Russia then helped to promote through READ by transmitting the World Bank’s ideas and tools to the recipient countries. In this light our analysis concluded that of the four examined roles, the Learner and the Intermediary were the most prominent at the time.

The last Annual Report of READ covered the year 2012 and the program was formally closed in 2015. The countries that had participated in it surely had an interest in a continuation of READ, but it was not obvious that the Russian Government and the World Bank would share this interest. By this time the geopolitical situation had changed quite dramatically with the annexation of the Crimea and enforcement of economic sanctions against Russia. Of significance for Russia’s links with international development assistance was the enactment of a law that banished the operation of “foreign agents” within Russia and led to the closure of the offices of USAID, the Open Society Foundation and some other NGOs in Moscow. The Russian authorities also asked UNICEF to terminate its programs in Russia by the end of 2012 due to Russia’s changed status from recipient of development assistance to a donor who is looking for a new, “equal and mutually beneficial partnership” with multilateral agencies. Nevertheless, Russia continues to support UNICEF activities, donating one million USD in voluntary contributions annually since 2006 (see Raibman 2012; Denisova 2017).

In April 2014, President Putin approved the newest program on development assistance, entitled ‘Concept of Russia’s State Policy in the Area of International Development Assistance’. This document questions the prevalence of multilateral channels over bilateral relations and consequently places international assistance within the broader field of foreign policy, thus seeking to shift the balance between multilateral and bilateral assistance in favour of the latter (see also Gray 2014). It highlights the centrality of national interests in determining the choice of countries and the forms of development assistance. It should be noted that the first official document that sought to define Russian development assistant strategy was published seven years earlier (‘Concept for Russia’s Participation in International Development Assistance’), while before that ministries initiated short-time, ad hoc assistance projects on their own terms without any general, binding guidelines (see Ermolov 2015 for an insightful overview). Despite the publication of these two official documents, a recent study that particularly paid attention to the institutionalization of development assistance and the status of bilateral partnerships concluded that “The process of creating a Russian framework for assistance in international development remains incomplete. Consequently, Russia uses aid delivery channels that primarily belong to and are managed by international organizations, and its own channels for implementing aid programmes are weak…. Russia’s bilateral partnerships with aid recipients are based on ad hoc decisions without any long-term planning to achieve targets.” (Ermolov 2015, 154)

After negotiations, decision on a second phase of READ was finally made in 2016 with essentially the same objective than with READ 1. The second phase is to run through 2019 and the group of participating countries were selected from among 17 submitted proposals. The chosen participants include four countries that were already part of READ 1 (Armenia, the Kyrgyz Republic, Tajikistan, Vietnam) and four newcomers (Cambodia, India, Mongolia, Nepal). In comparison with READ 1, it is noteworthy that no African countries are included and that the new additions (as well as the re-selected ones) are countries that are geographically in the Eurasia region where Russia has stronger geopolitical interests than in Africa. As in the previous phase, also READ 2 has a Reimbursable Advisory Services component included, which will pay for Word Bank support to capacity building of Russian institutions and experts to work in the field of assessment in the contexts of middle- and low-income countries. It remains to be seen to what extent Russian educationists will have a more prominent role under READ 2 in the activities carried out in the eight countries. If they are given a more prominent role, Russia’s role as an education sector donor as a Teacher and Regional Expert would be enhanced.