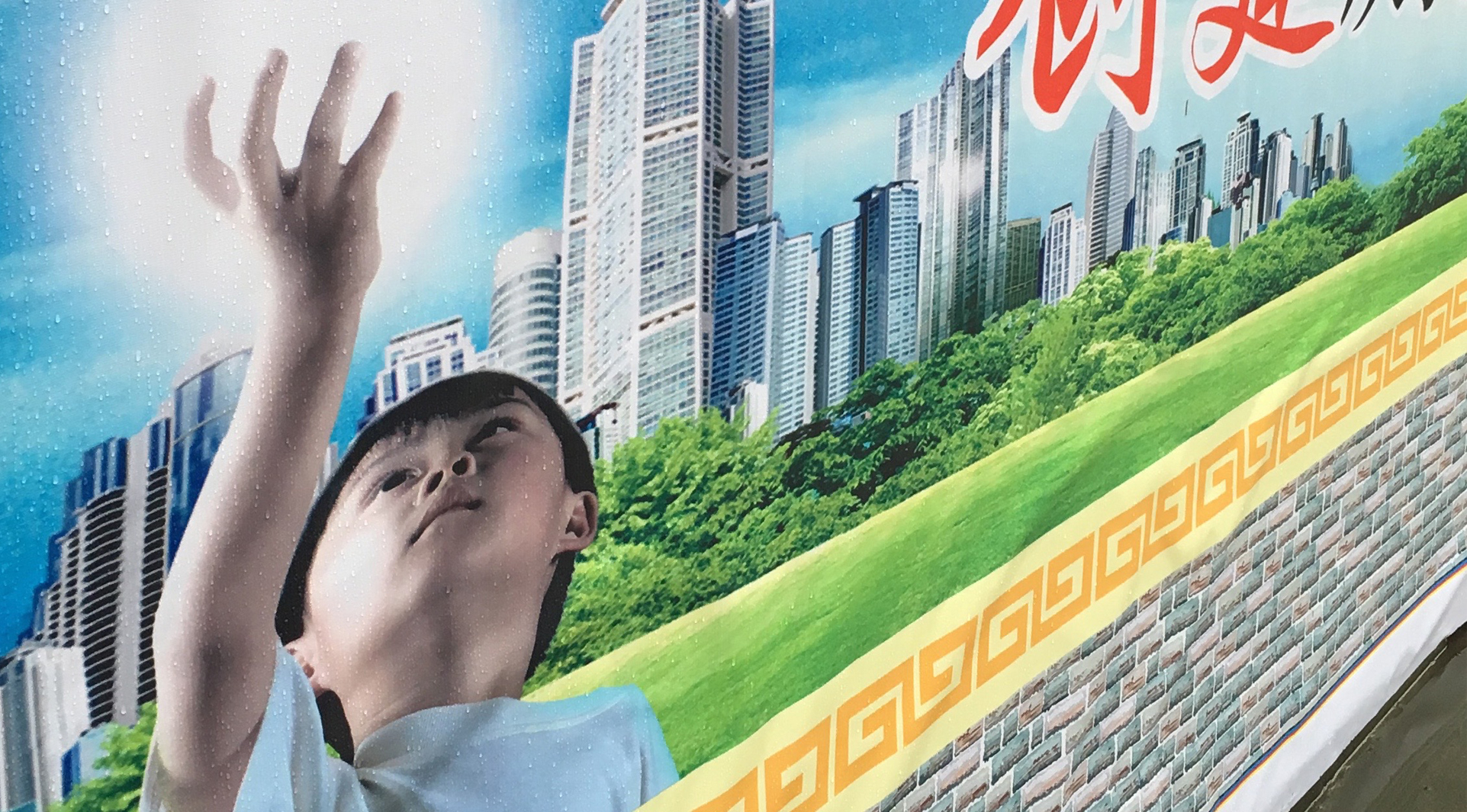 This NORRAG Highlights was prepared in response to the blog post by Iveta Silova, Hikaru Komatsu and Jeremy Rappleye: “Facing the Climate Change Catastrophe: Education as Solution or Cause?” In this post, Edward Vickers, Professor of Comparative Education at the Department of Education, Kyushu University, argues that it is both mistaken and counter-productive to portray the problematic role of modern mass schooling in climate change as a consequence of specifically ‘Western’ ethical failings. Citing a recent report on Asian schooling that he co-authored for UNESCO, he rejects attempts to dichotomize the ‘West’ and ‘non-West’ in assigning blame for our climate crisis. Instead, he urges the importance of recognizing our shared responsibility for this as a factor of our common human frailty.

Responding to the alarming recent IPCC (Intergovernmental Panel on Climate Change) report (2018), Silova, Komatsu and Rappleye argue that the role of schooling in climate change is routinely neglected by the UN (Silova et al 2018). They charge that most discussions over SDG 4, which mandates the achievement of ‘quality education for all,’ are premised on a ‘business as usual’ approach to economic growth, ‘largely overlooking the role of education in sustainable lifestyles.’

So far so unobjectionable. But where does blame lie, and what is to be done? Here they single out UNESCO for neglecting SDG 4.7 on ‘education for sustainable development.’ More fundamentally, they attribute this neglect to the prevalence of a conception of ‘dominant independent selfhood’ derived from ‘Western historical and cultural experience.’ Addressing climate change through education is hampered by ‘the Western-turned-modern assumption that knowledge alone will allow us to reach the “good” life.’ We must therefore tap the wisdom of non-Western cultures that stress interdependency over independence.

Emphasizing the tension between sustainability and the competitive acquisition of growth-maximizing ‘skills’ is important. But is it accurate to portray this as a specifically ‘Western’ pathology? And in seeking to transform approaches to education, is anti-Westernism tactically astute?

Is it, for that matter, accurate to represent UNESCO as dismissive of this contradiction? Last year, I co-authored (with Krishna Kumar and Yoko Mochizuki) a report for UNESCO’s Mahatma Gandhi Institute in Delhi, investigating ‘the state of education for peace, sustainable development and global citizenship in Asia.’ We begin by observing that

…our current developmental trajectory is impelling us towards crisis. However, the dominant international discourse on education continues to see it primarily as a tool for enhancing economic growth, and takes for granted the intrinsically beneficial nature both of growth and of schooling. Our hopes for a future that is peaceful, prosperous and environmentally sustainable depend on grasping the broader meaning and potential of education…’ (UNESCO-MGIEP 2017, XV).

Such studies have admittedly had only marginal influence on UNESCO’s wider education-related output. But they do exist, and critics of ‘Western-centrism’ should pay due regard to UNESCO work emanating from Asia.

In substance, though, we broadly agree with Silova et al that established approaches to mass schooling are hard to reconcile with the requirements of peace and sustainability. In that respect, our report identifies three sets of challenges confronting education systems: of ‘instrumentalism and ethics’; of ‘nationalism and weak regionalism’ and of ‘competitiveness and regimentation.’

However, we do not see these challenges as arising out of a confrontation between malign Western individualism and non-Western ‘interdependence’. Modern consumerism and associated lifestyles have proven attractive across Asia because the competitive pursuit of status and material comfort are as deeply ingrained there as in ‘the West’. As the anthropologist Jack Goody puts it, ‘the triad of individualism, equality and freedom,’ widely seen as underpinning capitalist development, ‘is not… uniquely associated with modern democracy nor with the modern west’ (2006, 266). The same goes for competition at the collective level: as our MGIEP report stresses, extreme nationalism and homegrown colonialism have long been endemic to Asia, in ways profoundly intertwined with education.

History indicates not a clash of civilizational visions of ‘selfhood,’ but the widespread predominance of a highly exploitative approach to nature (Goody 2006; Glasser 2019). Surveying China’s environmental history, Mark Elvin concludes that by 1800 the ‘pressure’ of the Chinese productive system on the natural environment was ‘significantly heavier’ than that of France (2004, 470). Buddhist and other teachings mandating respect for nature appear to have had little impact ‘in comparison with the massive effects of the pursuit of power and profit’ (471). This prompts him to question the realism ‘of the hope that we can escape from our present environmental difficulties by means of a transformation of consciousness.’

Do Asian education systems today, then, embody distinctive approaches to nature or economics? Our MGIEP study suggests not. We found an overwhelming focus on education’s role in human resource development (2017, 49), and very little discussion of climate change (48). Also driving the competitive pursuit of ‘human capital’ are key social structures: the labour market, high-stakes assessment and qualifications systems, and public welfare. Across much of Asia, these underpin an ideology of ‘fundamentalist meritocracy,’ characterized by a strong sense of elite entitlement, minimalist welfare provision, and intense credentialism (see also Vickers and Zeng 2017).

Silova et al nonetheless argue that the urgency of learning from ‘interdependent’ non-Western cultures is evidenced by their ecological performance. Citing their forthcoming study of national patterns of CO2 emissions and ecological footprint, they claim that countries with ‘dominant independent selfhood’ (i.e. with ‘Western’ roots) are the worst offenders. However, data for 2015 show that while America and Canada stand out, Britain, France and Italy have lower per capita CO2 emissions than Japan, Korea or China (UCSUSA 2018). As for ecological footprint, Britain, France and Norway were level-pegging (in 2012) with Japan and Bhutan, and way behind Korea (Global Footprint Network 2018).

All this suggests that a dangerous disregard for the natural environment is far from uniquely ‘Western’. It is rooted in shared human susceptibility to the temptations of consumerism and status competition. And as our MGIEP report emphasizes, education reform by itself is unlikely to transform consciousness sufficiently, unless accompanied by measures to transform the pressures to which students, teachers and schools must respond (2017, 222).

But in so far as schooling alone can make a difference, focusing criticism on ‘Western modernity’ may be counterproductive. In Asia, it risks fueling nationalism in ways inimical to cooperative action. Chinese policy discourse and school curricula have recently propagated the notion of ‘Ecological Civilization,’ portraying this as inherent to China’s traditional culture (Hansen et al 2018). However, this concept implies no ‘ecological revolution,’ and ‘largely ignores the environmental risks involved in continued global growth dependency’ (202). Our MGIEP report similarly finds the prevalence across much of Asia of chauvinist assertions of ethical superiority (vis-à-vis the West) and vague professions of environmentalism absent any critique of the established economic order (2017, 204-6).

And when it comes to shifting ‘Western’ attitudes, especially in America, are appeals to oriental wisdom likely to gain much traction? I fear not. They may instead exacerbate mass alienation from cosmopolitan ‘elites’. Better, like Lincoln, to appeal to ‘the better angels of our nature’ in terms with which people can readily identify. By all means let us promote the willingness to learn from other traditions, but without lopsidedly denigrating our own. Ultimately, we may find that reinterpreting familiar creeds rather than invoking exotic ones offers the best hope of teaching all to see our planetary crisis not as a ‘Western’ or ‘Eastern’ challenge, but as a human one.

Elvin, Mark (2004). The Retreat of the Elephants: an environmental history of China. Yale University Press.

Glasser, H. (2019). ‘Toward Robust Foundations for Sustainable Well-Being Societies: Learning to Change by Changing How We Learn,’ in Cook (ed.), Sustainability, Human Well-Being and the Future of Education. Palgrave, 31-89.