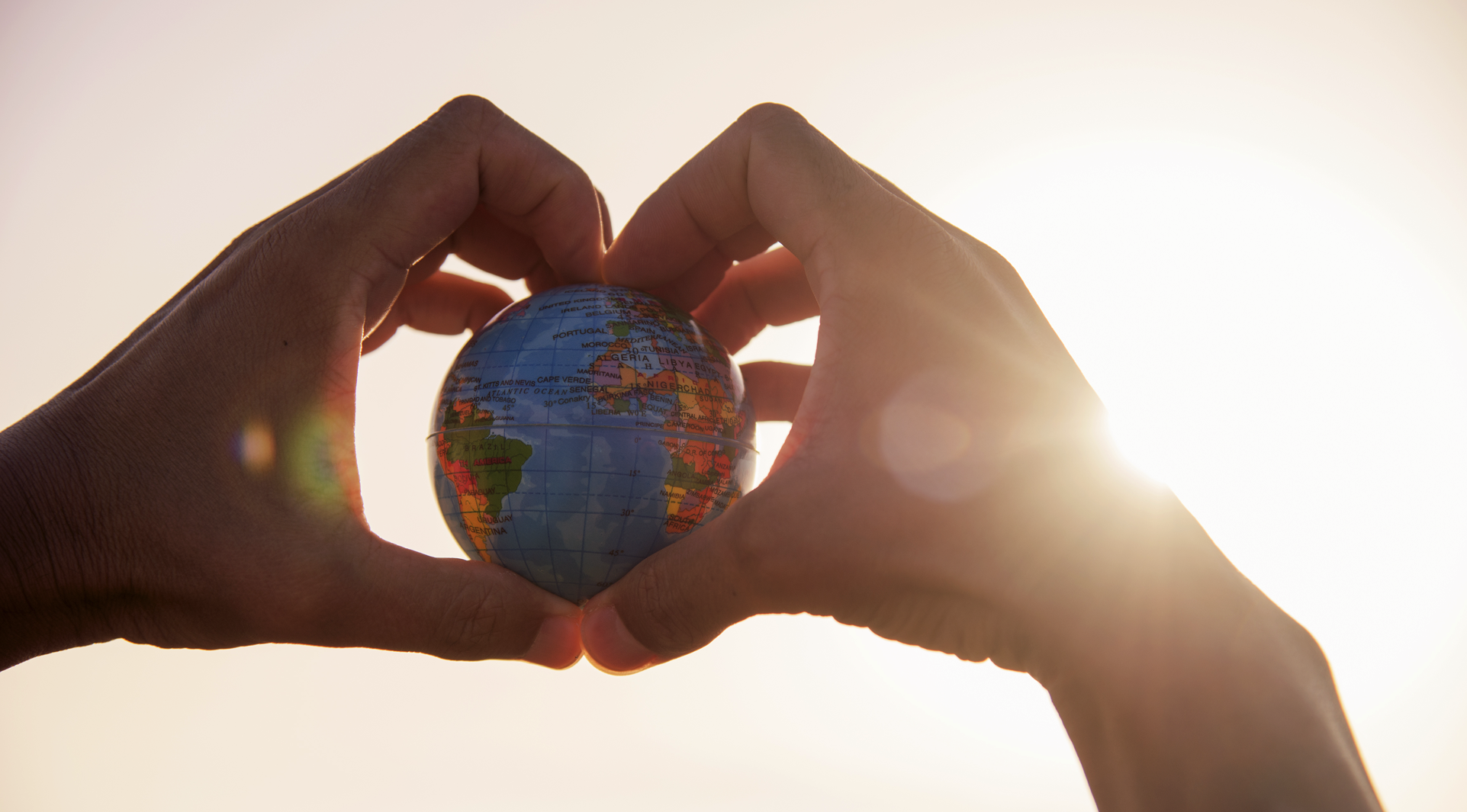 This NORRAG Highlights was prepared in response to the recent report by the UN Intergovernmental Panel on Climate Change (IPCC) by Iveta Silova (Arizona State University Center for Advanced Studies in Global Education) and Hikaru Komatsu and Jeremy Rappleye (Kyoto University Graduate School of Education). It highlights the role, currently overlooked and underestimated, education should have in the fight against climate change.

The landmark report by the UN Intergovernmental Panel on Climate Change (IPCC) was released on October 8, 2018, calling for unprecedented changes necessary to limit the impending climate change catastrophe. According to the report, human activities are estimated to have caused approximately 1.0°C of global warming above pre-industrial levels. If temperature increases continue at the current rate, global warming will reach 1.5°C by 2030. Beyond this threshold, even half a degree change will significantly worsen the risks of drought, floods, extreme heat, forest fires, and poverty for hundreds of millions of people.  However, nature will bear the most devastating effects. Beyond the 1.5°C target, species loss and extinction will significantly accelerate – only 10% of coral reefs are likely to survive with global warming at the 1.5°C target, with 99% expected to die at 2°C. In just twelve years – coinciding with the projected achievement of Sustainable Development Goals (SDGs) by 2030 – we will be no longer facing a dilemma of sustaining our current lifestyles, but rather struggling to survive on the deeply damaged earth.

The IPCC report calls for urgent action, involving various portfolios of climate change mitigation measures to strike “different balances between lowering energy and resource intensity, rate of decarbonization, and the reliance on carbon dioxide removal.” Yet, the report both overlooks and underestimates the role of education in climate change, referring to education only in passing and linking it narrowly to behavior change:

“Education, information, and community approaches, including those that are informed by Indigenous knowledge and local knowledge, can accelerate the wide scale behaviour changes consistent with adapting to and limiting global warming to 1.5°C. These approaches are more effective when combined with other policies and tailored to the motivations, capabilities, and resources of specific actors and contexts.” (see summary report for policymakers, 29; see also Houghton, 2015)

It is unsurprising that education remains largely absent in climate change discussions, since virtually no educators participated in the writing of the IPCC report. However, this oversight reveals an issue much deeper than mere representation.

At the heart of the problem is a de facto endorsement of business-as-usual in education – a continued reliance on modern mass schooling as a solution to climate change. The assumption is that broader access to quality education would automatically translate into higher environmental awareness and behavior change. Even though the IPCC report mentions the value of indigenous and local knowledges, most international development efforts thus far – including education initiatives associated with Millennium Development Goals (MDGs) and Sustainable Development Goals (SDGs) – have consistently prioritized Western education models that focus on economic growth and social equity over environmental concerns. In the current context of accelerating climate change, such an approach to education represents not a solution, but rather a key problem for environmental sustainability.

As we prepare to face the climate change catastrophe, we need to radically rethink our starting assumptions about modern mass schooling – ones rooted in the ‘modernist Western paradigm’ (Sterling et al., 2018) – and consider whether education is in fact a solution or a cause of the trouble we now face. As a starting point for that wider discussion, we suggest the need to explicitly address the following two issues:

The work of major international agencies towards SDG 4 – achieving “quality education for all” – ultimately converges around the economic “growth” logic, while largely ignoring negative implications for environmental sustainability. In fact, most education-related work by the leading international development agencies – ranging from the World Bank to the Organization for Economic Cooperation and Development (OECD) – is explicitly predicated on an extremist version of human capital theory, one subscribing to an infinite growth paradigm (World Bank, 2011; OECD, 2015; for critique see Komatsu & Rappleye, 2017; Auld, Rappleye, & Morris 2018). While recent official statements by the World Bank, OECD, and UNESCO might suggest alignment with SDG policies, there is little change from the economic growth “status quo” since the 1990s.

More alarming, international development work in education continues to be based on the assumption that there is no conflict between continued economic growth and environmental sustainability (e.g. UNESCO, 2016, p. 16-62), despite trenchant critiques that underscore incompatibility between the two (see Jackson, 2009; Hickel, 2017). It is unclear whether education policymakers are unaware of the environmental ramifications of contemporary education policy trajectories or overly confident that raising education levels today will somehow deliver positive environmental outcomes tomorrow. Perhaps they are simply short-sighted, pursuing momentary economic benefits in hopes of short-term GDP boosts and shoring up already failing public budgets at the expense of future generations. Whatever the reason, we no longer have the time to ignore the inherent contradictions between different SDGs. Instead, we must recognize that the goals are interconnected and they will inevitably require trade-offs. As Nilsson et al. (2016, p. 320) cautioned, ‘[i]f countries ignore the overlaps [between SDGs] and simply start trying to tick off targets one by one, they risk perverse outcomes.” Understanding interactions (including negative ones) among different SDGs – including the ones on education, economic development, and environmental sustainability among others – is therefore instrumental in re-thinking whether, when, and under what circumstances education can contribute to either limiting or accelerating climate change.

#2 – Moving Beyond the Focus on Literacy and Numeracy

SDGs 4 is positioned as essential for achieving sustainability, seeking to achieve “quality education for all” through a combination of increasing access, raising quality, and promoting the knowledge and skills needed for sustainable development such as human rights, a culture of peace and non-violence, global citizenship, and appreciation of cultural diversity (United Nations, 2015). Yet, most discussions among education policymakers, scholars, and practitioners about how to operationalize SDG 4 have focused exclusively on education access and quality as measured by student achievement in literacy and numeracy (e.g., SDGs 4.1-4.6), while largely overlooking the role of education in enabling sustainable lifestyles (SDG 4.7). Since the launch of SDGs in 2015, UNESCO Institute for Statistics (UIS) has focused all its efforts on developing metrics for SDG 4.1-4.6, while leaving SDG 4.7 unaddressed. This glaring omission is evident in a recently published SDG 4 Data Book: Global Education Indicators 2018, reflecting global priorities that underpin international development efforts.

Even when SDG 4.7 is discussed, it is almost always linked to learner-centered education with a strong emphasis on improvements in individual cognitive skills, suggesting that the education goals could be achieved within the current education paradigm. However, environmental psychologists have shown that higher cognitive skills and knowledge do not necessarily prompt people into action. Rather, culture, including the concept of self (e.g., independent or interdependent self), affects the likelihood that people mobilize for pro-environmental actions (Adger et al., 2013; Chuang et al., 2016). Our forthcoming research further finds that between-country variations in the dominant selfhood were strongly related to between-country variations in CO2 emissions and Ecological Footprint of Consumption (Komatsu et al., 2019a, b), i.e., countries with dominant independent selfhood (the ones evolving out of the Western historical and cultural experience) had higher CO2 emissions and Ecological Footprint. While much more empirical work remains to be done, this suggests two key points: (i) education is crucial in the environmental equation as it has the power to convey and/or change culture, but (ii) we need a fundamental reconceptualization of the education itself, shifting the discussion from knowledge and skills (curriculum), as well as access and equity (structure), to a more fundamental reevaluation of self and others including nature (culture).

However this reevaluation unfolds, it is clear that the Earth does not need more ‘educated’ consumers of knowledge – a mere refurbishment of the long-standing Western-turned-modern assumption that knowledge alone will allow us to reach the ‘good’ life. Instead we must first fundamentally change ways of being, then (re)describe the world including education in those terms. For most ‘leading’ educational researchers, both the prevailing worldview and options for climate change response remain trapped in a Western-centric, modern schooling echo chamber: we hear virtually the same ideas presented as contemporary solutions to climate change as the ones put forward in the past as solutions to the puzzle of ‘development’ – i.e., economic growth, catch-up with the Anglo-American-European models, continually rising standards. In 2030, when the 1.5°C threshold has been crossed and the SGDs are inevitably replaced with the next set of global targets, will we still be presenting old assumptions as new solutions?  Perhaps the only way to escape the echo chamber is to pause in deep reflection on how we got our-selves into the current situation – reflection over projection.

Hickel, J. 2017. The Divide: A Brief Guide to Global Inequality and its Solutions. London: Windmill Books.

Komatsu, H., Silova, I., and Rappleye, J. 2019a. Will achieving SDG4 promote environmental sustainability? Critical Reflections Looking Towards 2030. In A. Wulff et al. (Eds) [Title To Be Determined]. Springer.

Komatsu, H., Rappleye, J., Silova, I., 2019b. Culture and the independent self: A possible obstacle to environmental sustainability. Anthropocene, in review.