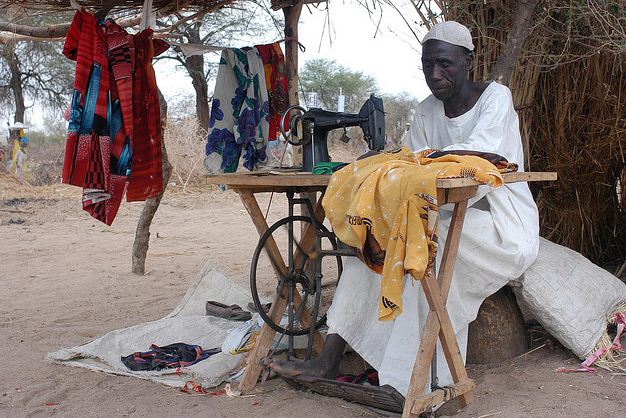 All I can think about is what the post-2015 skills goal will be.

Education is receiving quite a lot of attention in post-2015 discussions, but how this will translate into goals and targets is increasingly on our minds; at the same time, some comment that the whole issue of education post-2015 is being over-complicated. Meanwhile, despite increased global recognition and awareness of the importance of technical and vocational skills development (TVSD) – as evidenced in the bumper year of reports on TVSD in 2012, TVSD does not appear to be getting as much focus in post-2015 discussions as general education.

This said, we should observe that all of the key institutional proposals related to education post-2015 have at least included some kind of vocational skills to work target or else identified this as a priority concern to be addressed (see NORRAG working paper #6 Education and Skills Post-2015: What Evidence, Whose Perspectives?). But where is this apparent interest heading in terms of a technical and vocational skills goal or target?

We also know full well that the EFA ‘skills’ goal never got any traction: no one could even agree on what ‘life-skills’ meant, let alone how it should be measured or tracked. In fact, the term ‘life skills’ ultimately blocked progress on this goal notes the Director of the EFA Global Monitoring Report. (Perhaps worryingly, ‘life-skills’ as a term is alive and well in the UN Secretary General’s report of 2013! – see p.14).

So can we do things better this time around? How do we avoid ending up with another vague skills goal that may result in yet more years of confusion?

Some might argue that perhaps the best way to avoid another vague skills goal is simply not to have another skills goal at all! This would certainly solve the problem. But we have to ask ourselves if the TVSD sector would be better served by having no TVSD-related goal/target at all, or one that is the best we can come up with given the challenging context of TVSD measurement and monitoring.

I would argue that the TVSD community would be better served by the presence of some kind of TVSD-related goal or target, rather than the absence of one altogether. But in order for this goal to be more distinct than EFA Goal 3, there remain several key issues that the TVSD community needs to resolve and/or continue to work on.

As I have noted before, the TVSD community must really ‘take the bull by the horns’ and get more involved in post-2015 discussions. There is certainly useful work underway and progress being made towards measuring technical and vocational skills; see for example the work of the OECD; UNESCO UIS, the World Bank, the ILO and the Inter-Agency Working Group on TVET Indicators. But these discussions don’t seem to be connecting to post-2015 discussions on target-setting.

Elsewhere, one slight disappointment was the decision by the Learning Metrics Task Force (LMTF) not to address the issue of vocational learning; they decided that this was ‘beyond the scope of the task force’, and that their focus should be on learning associated with early childhood and basic education. The LMTF may have its critics, but it has certainly done a lot to (re)raise the profile of learning on the post-2015 agenda (even though learning of course has always been on the EFA agenda since Jomtien! – which of course reminds us that whatever wording is finally agreed for a skills goal, the real challenge is translating this into action).

This blog is based on a paper presented at the UKFIET International Conference on Education and Development – Education & Development Post 2015: Reflecting, Reviewing, Re-visioning. Oxford, 10 – 12 September 2013.