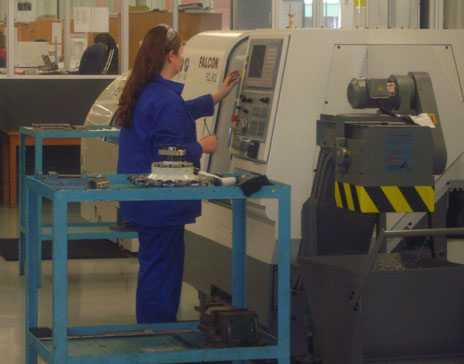 It sometimes feels like all of us interested in development are getting sucked into the business of debating and even lobbying for development goals for the post-2015 period.  Whilst I remain deeply sceptical of the inherent value of global goals, I have found myself over the past few months in a series of discussions about what a skills goal might look like, whether as part of the high level goals or, more realistically, as part of a post-EFA agenda.

This seems more realistic not least because EFA already has a skills goal. Previous NORRAG NEWSBite blogs [here and here] have outlined a range of the problems with the current goal so I will not primarily focus here on what is broken but on what might replace it.

In this post I want to reflect on two recent interactions that I have had about a new skills goal.  First, with Kenneth King and Robert Palmer as they wrote their NORRAG NEWSBite blog on post-2015 agendas and second on twitter with Pauline Rose, EFA GMR Director, regarding the GMR team’s challenge on measuring progress on youth/adult skills.

What emerges from these discussions?  Most strikingly, a reminder of how hard it is to develop goals.  They need to be precise enough to be easily measurable; intelligible enough to be grasped by a lay audience; attractive enough to get political buy-in; supportable by robust data; relevant to the lives of those on whom they are intended to impact; and located within at least an implicit theory of how they contribute to a super goal- in this case, development.

One part of my discussion with Rob and Kenneth was about the wording.  They have come up with “Equitable access for all to quality skills for life, decent work and sustainable growth”.  14 words – but at least five concepts that all require some unpacking.

Equitable access to VET is something that I have written about recently and it is clear that this is even more challenging in the case of skills than schooling, given the far more diverse sites of skills acquisition.

Quality skills – as I noted in my review of the GMR 2012, the notion of skills remains confused and contested. Adding quality to it leads inevitably to matters of purpose as indicated in the second part of the proposed goal – “for …”.  However, it also raises difficult matters of assessment and measurement.

Life – here the intention is to draw upon arguments that UNESCO have been making in the World TVET Report, building explicitly on their tradition of Faure and Delors. The sense here is a humanist one, which, crucially, refuses to speak for individuals and communities regarding what skills and what lives are important to them (cf. Sen’s approach to capabilities). However, it immediately raises the spectre of life skills, which I see as radically different in that they subject wider areas of individuals’ lives to official views of what constitutes well-being. For me, this is a fundamental disjuncture in development thinking but one that tends to be passed over without sufficient comment.

Decent work – here the proposal keys neatly to an ILO definition and much valuable work that lurks behind it, but the notion is still a contested one of course.

Sustainable growth– this sensibly reflects the SDG debate and decades of thinking about this issue. However, even more so than the notion of decent work, this is an issue of immense controversy and a long history of largely unsatisfactory political compromises.

This is not to argue that Kenneth and Rob have produced a bad draft goal. Even if they have, I did discuss this with them intensively and am heavily implicated in any failure on their part. No, the point of this reflection on the wording was the immense difficulty that is faced in attempting this.

What about measuring progress towards such a goal? This was the subject of both my interaction with Pauline and part of that with Rob and Kenneth.  Looking at this conventionally leads us into deciding on what might be measurable because there might or should be data available. So, this led us to discuss things such as:

I think all of these are problematic.  In some cases, there are official national figures, which may be reported at a global level by structures such as UNESCO’s Institute of Statistics. However, having worked with such data at national, regional and global levels in recent years, I know that much of this data is highly inaccurate. In other cases, such as total government expenditure on TVET and enterprise training rates, I have been part of officially sanctioned attempts to get such figures and know how little confidence I had in our figures.

Now, it is undoubtedly true that such data can be improved and, indeed, data quality is improving in a number of cases. However, I have a far bigger concern: what have any of these got to do with the key terms in this, or any other broad, skills goal?  Something, is my view, but not very much. Even data on formal skills acquisition is terribly weak in most cases and none of the above really get very far in addressing the real purposes of skills for development.

So in these two interactions I started to stumble towards a more radical position. IF we are going to have a goal, let’s not simply take existing data and try to improve it and to pretend that it fits a more ambitious goal.  Instead, could we try to build on the humanistic intent of the World TVET Report and look to measure progress towards such a goal more in terms of national surveys that allowed individuals to define the meaning of the goal and progress towards its realisation in terms that made sense to them? Such an approach might be built both on the World Bank’s attempts to listen to the “voices of the poor” and to the capabilities approach and its attempts to marry evaluation with a concern for dialogue about the nature of what is important for human development.  I accept that this is still rather ill-formed but I want to insist that conventional approaches to gathering skills data are not amenable to fixing.

Does this all suggest that goals are simply too technical an issue to be worth bothering with?  Quite possibly – if there really was a policy opportunity to abandon this trend. However, this seems not to be that moment. So, if there are to be development goals and education goals as part of an overall architecture, then it seems vital that skills development is present. Any skills goal needs to be far better than the current EFA Goal 3. In replacing Goal 3 though we must acknowledge that part of its failure has been in our incapacity as a community to refine its meaning and measurement.  Any new goal must be devised with one eye on meaning and the other on measurement- and with a clear strategy to build the strengths of both over the goal’s lifespan so that the goal actually contributes to improving people’s skills and lives.

Simon McGrath is Director of Research and Professor of International Education and Development, Faculty of Social Sciences, University of Nottingham.