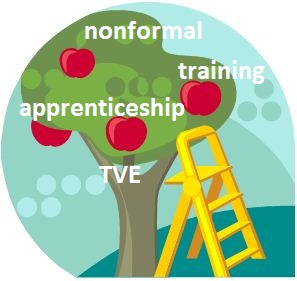 Two years ago, in an article in NORRAG News, I noted (with Kenneth King) that the data on school- and college-based technical and vocational education (TVE) as reported and analysed in the GMRs could certainly be improved on in the GMR 2012.  (Of course, while the GMR reports, it is the function of UNESCO UIS to define and collect data and indicators…).

Two years later, let’s see if any of these low-hanging fruits were plucked from the branches…

The earlier piece made a number of observations and suggestions for three low-hanging fruits that might be picked. Let’s quickly summarize these again here:

Low-hanging fruit #2: Disaggregated data on light versus heavy TVE emphasis. Traditionally, the GMRs simply report on enrolment in TVE without telling us anything about what proportion are separate TVE school systems versus TVE streams or tracks within general secondary schools. Which lead to general secondary qualification?

So, which fruits are still on their branches?

The TVET data presented in the GMR 2012 report certainly mirrors earlier GMRs: it provides enrolment data on students in secondary level TVE, and the percentage of females of that number. But the data tables in the report go no further.

However, to its credit (and of course to UIS’s credit) the GMR 2012 does provide more statistical data on its web-pages; and, buried in here, we can find (cue small applause):

This disaggregated TVE data did not appear in the online statistical tables from the GMR 2011. So some positive steps forward then in GMR 2012, even if low-hanging fruit #2 (light v heavy TVE) has not been touched (perhaps this is not such a low-hanging after all? One might ask if this is even possible to disaggregate when a general qualification is attained).

Seen (but not counted)

It is known that the domain of TVET is broad and covers the whole gamut from formal, informal and non-formal provision, is delivered in schools, institutions, colleges and universities, and enterprises, and is both public and private (for and not for profit). Even the public provision in most countries spans more ministries than can be counted with one hand. It is out there – fragmented yes – but we can all see it. But we are awful at counting it.

While celebrating the (small) positive steps regarding TVE and the GMR, noted above, as Simon McGrath notes: ‘what this GMR has not done is to generate significantly improved data on vocational education and training or offer new methodological insights into how to measure either VET or progress against EFA Goal 3’. Simon continues, noting that the GMR’s continued focus on school-based TVE, rather than on the wider domain of TVET ‘is a terribly school-centric view of a far more complex reality’.

My earlier co-authored piece in NORRAG News argued that we need to continue to prepare for better monitoring outside the Ministries of Education. In other words, we need to do more to count this wider domain of TVET.

What’s been the progress? The quick answer is: some! More on this in a minute.

We (still) need more data on technical and vocation skills

This is one of the bottom line messages of the GMR.

For example, regarding fruit #1 (disaggregating lower v upper secondary TVE data), the GMR 2012 comments that ‘better information on lower and upper secondary education is needed…  including details on academic as well as technical and vocational areas’ (p.302).

And, regarding fruit #2 (disaggregating light versus heavy TVE), the GMR 2012 comments that this kind of information is ‘notoriously difficult to obtain’ (p.237).

And, regarding the wider domain of TVET, the GMR notes that we need: ‘Better data… [on] programmes beyond the formal school system, such as second-chance programmes and traditional apprenticeships’ (GMR 2012, p.302). The GMR then goes on to reinforce the education/ “the others” split by saying that ‘the ILO could take on the responsibility for gathering and disseminating such data from national governments’ (GMR 2012, p.302). 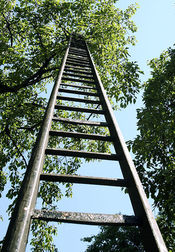 When we talk of measuring this wider domain of TVET, we are talking about measuring fruit which is still far out of reach because of the diversity of content (duration, qualification) and provision (as noted above), and because the ladder (the conceptual framework) and someone to hold the ladder (a consensus… a champion?) are still missing.

The GMR spells out this data need clearly in one of its ten concluding concerns: ‘More and better quality data are needed to enable national governments and the international community to monitor access to skills development programmes, and so plan more effectively’ (p.302).

This is exactly the concern that was raised in the 2010 NORRAG News piece I co-wrote, and exactly the same concern raised in a 2008 report for the British Council and UK National Commission for UNESCO that I co-wrote on Challenges and Opportunities in the Global Monitoring and Analysis of Skills.

Five years on we are still calling for more data. It is slightly disappointing that the GMR 2012 was not able to take us further than this, or even to propose ‘a research agenda towards filling in these gaps’ [see also Kenneth King’s recent NORRAG paper on Youth, Skills Development and Work in the GMR 2012: A Research Agenda]. The GMR could have helped to call the global TVET constituency to account –and emphasise the need for a research agenda, even if it could not be outlined in the GMR itself.

So what progress has been made?

The G20 Multi-Year Action Plan on Development (November 2010) called on the ILO, OECD, UNESCO and the World Bank to create internationally comparable skills indicators for low-income countries by 2012. These organizations have subsequently been working on this area (see for example the work of the OECD; UNESCO UIS and the World Bank).

The organizations above have proposed a set of indicators, but it is not known if agreement has yet been reached. With regard to technical and vocational skills, these indicators were somewhat limited, but did include, for example ‘Participation of Youth in Apprenticeships’.

[As an aside: If anyone has more information on this, I would welcome hearing from you].

EFA Goal 3 has been an impossibly tricky fruit even to see, let alone to pluck

EFA Goal 3 (“life skills”) is a notoriously vague term that has never been able to be monitored and tracked partly because the international community never really agreed what it is. The GMR openly acknowledges that in spite of the progress towards better monitoring of (a range of) skills, these ‘recent developments will not produce sufficient data in time to measure goal 3 adequately before the deadline has passed’ (GMR 2012, p.82).

There is now a great deal of noise associated with the education post-2015 process [e.g. here; here], though less about technical and vocational skills post-2015. Let’s make sure that:

b) when it comes to selecting targets and indicators, we make effective use of the new developments with regard to the monitoring of skills;

c) above all, ‘any post-2015 international goals for skills development need to be more precisely defined’ (GMR 2012, p.83) so that we don’t come out with another vague goal that will be another totally inaccessible and unrecognizable fruit.

The author would like to acknowledge the very useful comments received from Kenneth King (NORRAG) and Albert Motivans (UNESCO UIS). The views expressed here remain those of the author.