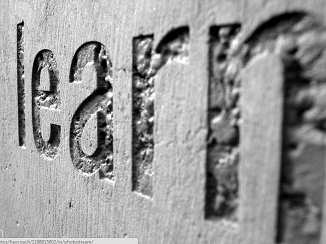 The NORRAG Blog has appeared 115 times since June 2012, and this is the 76th and last blog of 2013. There is little doubt that LEARNING has been one of the biggest themes of the year. Lessons learnt in 12 years of the MDGs have been discussed in numerous articles and reports. But for international educators one of the biggest lessons learnt is that the two ‘Education MDGs’ failed to focus the world’s attention on learning – just on access and on gender parity.

NON-LEARNING OR DESCHOOLING are two of the big themes of the year. If we analyse the NORRAG blogs that have appeared about learning, many of them have actually been about NON-LEARNING rather than LEARNING.  Many of us have heard the claim, thanks to the GMR, that 250 million young people are either out of school or have quit school without learning. We have also heard that 53% of Indian children in Grade 5 cannot read (Beatty & Pritchett). Early Grade Reading Assessments and other assessment initiatives like UWEZO have analysed the massive problems with learning outcomes in so many countries of Sub-Saharan Africa. In other words, when we read in the agency literature (e.g. DFID and World Bank) about the importance of Learning for All, it appears to have been sparked by evidence of non-learning or even unlearning what little had been learnt in a few grades of primary school.

So QUALITY and learning outcomes are back on the world’s education agenda. All the attempts at specifying an overarching education goal for post-2015 have ‘quality’ in the mixture, however awkward the phraseology, e.g. ‘equitable quality education and lifelong learning for all’ (UNESCO 37C/56). But anyone who has looked carefully at the wording of the six EFA Dakar Goals of 2000 or of the World Conference on Education for All in Jomtien in 1990 will know that ‘Learning’ and ‘Quality’ are not new discoveries of the post-2015 debates of 2013.  Jomtien had an Article IV entirely ‘Focusing on Learning’, underlining that the ‘focus of basic education must… be on actual learning acquisition and outcome, rather than exclusively upon enrolment’. And Dakar 2000 had an EFA Goal 6 on quality also, ‘ensuring excellence so that recognised and measurable learning outcomes are achieved by all’.

So, getting the wording right or securing an education and/or learning goal in the next development agenda are not enough. What this 20 year history suggests is that the lobbying to make sure that there is a global education goal is all very well. But getting the right text about an education goal or goals is very different from educational action at country level. Everyone knows that there were no less than Six EFA Dakar Goals, but there was very little attention given by governments and agencies to the Goals concerning early childhood, adult literacy, quality, and skills development. Is this because some of these goals, e.g. on Skills, were badly worded? That’s possible. But surely the main reason for the lack of attention to these goal statements is simply that global consensus does not automatically translate into action in national ministries of education and human resource development. Action requires dedicated, long-term political commitment. Lobbyists for a key role for education in the post-2015 agenda should not therefore relax just because Education has remained the leading priority amongst sixteen options in the UN’s Citizen Survey – My World.

SUCCESS IN LEARNING ACHIEVEMENT ALSO ON THE 2013 AGENDA

If non-learning or unlearning have been very evident on the 2013 agenda, there is little doubt that the PISA (The Programme for International Student Assessment) of the OECD has presented the other side of the 2013 World of Learning. Probably more people, including policy makers, know about Shanghai’s success in PISA 2013 than about the 250 million young people who have failed to learn anything valuable, whom we referred to above.  What policy-makers in the 70 odd countries which take part in PISA know and care about is whether there has been progress by their schools since the last PISA in 2009. The same would be true of the many universities worldwide which take part in the university ranking systems such as the Academic Ranking of World Universities (ARWU) done by Shanghai Jiaotong. Arguably, more policy people may know about the PISA and ARWU rankings than the Education for All Development Index of the GMR which measures 120 countries on such measures as adult literacy, survival to grade 5, primary net enrolment, and now early childhood. And yet the latter index actually points to a substantial improvement in the performance of no less than 12 Sub-Saharan African countries between 1999 and 2010.

LEARNING AFTER SCHOOL HOURS. It will have been noted that many of the cities, regions or countries that do so well on the PISA through their formal school systems also have very large and enterprising shadow systems of post-school private tuition.  We have covered shadow systems in our NORRAG blog – and will feature a mini blog series on PISA in the new year (follow this blog to get alerted), but it would be intriguing to know more about the possible impact of shadow learning on PISA scores. Effectively, what is happening in many countries is that young people are actually learning in two complementary systems of formal education. At least they may be complementary when good quality day schooling is supported by good quality private tuition; but in other circumstances, private tutoring may actually undermine the EFA Goals, as Mark Bray has argued in the NORRAG blog.

A large number of the 2013 blogs talk about Post-2015.  Looking back on the year, there was a great deal of interest in the Education Thematic Consultation in Dakar in March, in the report of the High Level Panel at the end of May, and then the Secretary General’s report on post-2015. There have been countless other meetings and conferences on this topic, including whole sessions of the UNESCO General Conference in Paris in November. How influential has this host of meetings and reports been, such as the UKFIET Oxford Conference, the Working Papers of NORRAG, the special issue of NORRAG News (49), the Special Forum of the BAICE Journal, Compare (vol. 43, no. 6, Dec. 2013), to mention just a handful? (see the GMR Post-2015 online hub for further listings of reports).

EDUCATION AND SKILLS NOT YET SECURED IN DETAIL ON THE DEVELOPMENT AGENDA?

Doesn’t ‘Post-2015’ remain, despite all this attention, an extremely arcane field? Not something to be mentioned as your current area of interest in a social gathering. And yet regardless of all this intensive preoccupation, is it not the case that, as of 31st December 2013, there is not yet a finally agreed position on education and skills post-2015 amongst the key players?  If the Open Working Group is to take on board a formal detailed position on education and skills in the world’s development agenda over the next few critical months, is it clear what that position is? I am afraid that there is still more work urgently to be done if detailed formulations around education and skills are to be secured for the next development agenda.