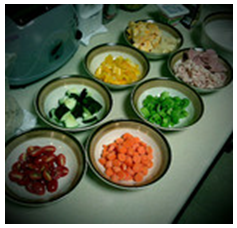 So much fine sounding rhetoric, but no sense of prioritisation in an age of limited resources.

The texts so far read like UN rights declarations. So much is needed, all areas are equally important, no section or person left behind. Money should be found to fund it all.

But this is not going to happen; so how do we prioritise? Is investing in one part of the education system more important than another or should the rights’ arguments prevail and limited resources spread thinly over the whole sector?

I once took part in an interesting exercise. X £million was available for three years in a country we were supporting.  We were asked as a team to prioritise where the money would best be spent and list in order from 1-10. This led to heated debate. Is education more important than health, where does water and sanitation rank, is good governance more important than encouraging private sector growth? What about infrastructure? What do we do with requests from the partner country when we don’t agree with their priorities? Advisers made strong cases, but how to decide when the conclusion to fund a bit of everything was not available. In what could be a prescient outcome, when experts can’t agree, a non-specialist made an executive decision based on what they thought was appropriate.

Current strategies usually try to place an economic value on everything and then fund the ones with the best economic returns. This has led to considerable amounts of money being spent on research trying to show which investment/policy offers the highest returns in comparison to other possibilities. Previously in education, these arguments were made to support primary education; they are now shifting in favour of early years’ education, secondary and higher education. This process has, however, resulted in questionable conclusions around the necessity of measuring everything and in assumptions that only things that can be measured are of value.

Human rights’ advocates argue that prioritisation of rights is not possible as they are all equally important. Implementation decisions are therefore delegated to nation states.  This, however, can be seen as avoiding hard choices.  Individual governments have different motivation for implementing policies, ranging from humanitarian concerns, through the desire to obtain votes, to exploiting power structures and control. Different motivations lead to different priorities, with subsequent accountability concerns for funders.

Perhaps the ultimate prioritisation process is the allocation of money. The question then becomes what influences those who make the financial decisions. An observation from the past 25 years is that finance ministers seldom attend education conferences and that education ministers seldom carry much influence in budget allocations.

The MDGs were focused and prioritised on completing a full course of primary education. Demonstrable progress has been made and there are good arguments to suggest that this would not have been accomplished if the money had been spread equally over the whole education sector. In a previous NORRAG blog I argued that one way of prioritising would be for the post-2015 emphasis to remain on basic education.  A realistic global target for the next 15 years would be to provide opportunities for all to acquire sustainable basic skills. Regardless of age, there should be opportunities to learn to read, write, communicate and be an active life participant.  This may best be done at different levels of education from early childhood to life long learning.

Surely there is a significant role for the education community to suggest strategies for prioritisation.

The current declarations are a noble vision but let’s go for demanding but achievable targets over the next 15 years.

David Levesque is an independent education consultant who previously worked for DFID as a senior education adviser. Email:  davidlevesque@tinyworld.co.uk

NORRAG (Network for International Policies and Cooperation in Education and Training) is an internationally recognised, multi-stakeholder network which has been seeking to inform, challenge and influence international education and training policies and cooperation for almost 30 years. NORRAG is made up of more than 4,200 individuals worldwide and is free to join. Click here to join NORRAG – for free.