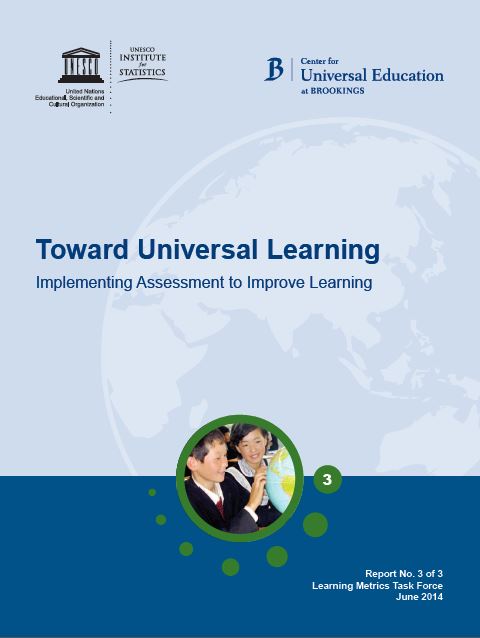 As is common on hot summer afternoons in villages in India, a man lay resting on a string cot under the mango tree. It was a Sunday.  His three sons were playing nearby. The father knew that there was a survey of children and education going on in the village. “Yes, they all go to school” he told us as we approached.  “May I ask them to read?” I asked. The father looked sceptical. “Yes, you can, but they do go to school” he explained patiently.  We took out the one page reading tool. The reading tasks were straightforward. The paper in my hand had four sections – some letters, common everyday words, a simple four sentence paragraph and a eight line little story – all in large black font.[1]  Even the story was easy; the text was no more difficult than the text in the Grade 2 textbook. Still resting on the cot, the father watched as we persuaded each child to read. The first son was still quite little, maybe six or so. He struggled even with the letters. The middle son was at least nine and was enrolled in third grade. He sounded out each letter aloud and could only read up to the word level. By this time, the father was sitting up, curious and startled.  The oldest son had finished five years of primary school. He went further in his attempt to read than his brothers. But he too found it difficult to read the story fluently. By this time, the father had got off the cot and was standing beside his sons. He looked shocked. “How is it possible, he wanted to know, “that children can go to school and still not be reading?”

The global discussion on education is increasingly moving beyond access to access plus learning. In this changing landscape, measurement of learning and its role in improving learning will grow.

Measurement is seen as critical for feeding into policy and practice decisions for improving learning, and the recently released report Toward Universal Learning: Implementing Assessment to Improve Learning (the third report in a series brought out by the Learning Metrics Task Force (LMTF) convened by UNESCO Institute of Statistics and Brookings Institution) lays out the challenges that lie ahead.

In the education systems of many developing countries, until recently measurement has been mainly related to counting and recording information.  How many schools, how many teachers, how many children enrolled, how much money spent and on what, how many children “passed” which examinations, and so on. This accounting and reporting function has been done routinely by government education departments for many years and in essence is no different from the work done by many other government departments. But now, with children’s learning outcomes moving to the centre of the stage, the terrain is changing. Familiar formulae and routine methods that worked for enumerating enrolment and access will no longer work. Countries and citizens will be forced to go back to the drawing board to think about what is important to measure, how can it be done, who will measure and how will these measurements lead to improvement.

Like the father under the mango tree in a village in India, many countries will “wake up”. Assessments that lead to old assumptions being challenged will be needed. Like the father who simply assumed that schooling would lead to learning, countries and education systems will have to re-examine their assumptions about the actual relationship between schooling and learning. In many countries of Africa and south Asia, large numbers of parents have either not been to school or have had little schooling. Mechanisms and methods will have to be innovated on scale to enable such parents to effectively engage with children as they learn. In centralized and bureaucratic education systems where decisions are taken in the highest levels, discussions about children’s learning cannot only be left only to the highest levels.[2]  Debates and discussions about what children should be learning and how that can be improved need to happen in households, schools and communities. New kinds of measurement can be a way for un-locking new ways of understanding the problem of learning and of searching for solutions to help children learn well. Depending on who does it and how, measurement of learning will have a critical role to play in ensuring that policymakers, practitioners and parents “see” the learning crisis, “feel” the problem and prepare to deal with the learning crisis in a meaningful way.

Dr Rukmini Banerji is a member of the national leadership team of Pratham, and was a co-chair for the first phase of the Global Learning Metrics Task Force. Email: rukmini.banerji@pratham.org

[1] This reading tool is part of the ASER effort in India. ASER stands for Annual Status of Education Report. See asercentre.org. Similar household based, citizen led national assessments of basic learning are now done in many countries (example ASER in Pakistan, Uwezo in East Africa, Beekongo in Mali, Jangandoo in Senegal).

[2] I have heard Carol Bellamy, the former head of UNICEF say that “education is too important to be left to educationists alone”.