The global education crisis is a complex problem that requires change from teachers, school managers, civil society, implementers, planners, governments and donors. As the 2030 target date for the Sustainable Development Goals (SDG) looms, current expert and “common sense” solutions have not led to improved basic literacy rates, let alone the other education and life outcomes promised in SDG 4. Addressing the issues that lie beneath this crisis requires new ways of working. Systems thinking is a suite of approaches to grappling with complex problems that are beginning to gain traction in international education.

In the simplest terms, a system is a group of interconnected components with shared purpose that together achieve more than the sum of their parts. While it is not possible to predict or change an entire system all at once, it is possible to identify the levers through which to encourage change within a system. Systems approaches support a more holistic consideration of system elements, relationships, structures and functions. Moreover, systems approaches recognise the nonlinear nature of change. Within international education, systems thinking acknowledges the reality of the complex messiness of the education system(s) it is addressing and encourages us to take an approach focused around short feedback loops of action-feedback-change. It refuses to tout a single, one-size-fits-all solution and instead underlines the importance of locally-led, non-standardized, and context-responsive solutions to improve education.

Reflections on systems practice: Implementing Teaching at the Right Level in Zambia 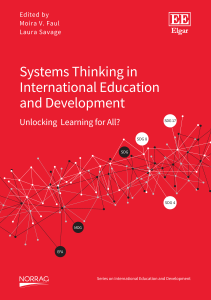 This is a draft chapter. The final version will be available in Systems Thinking in International Education and Development edited by Moira V. Faul and Laura Savage, forthcoming January 2023, Edward Elgar Publishing Ltd.

Evidence suggests that if a child does not learn basic literacy and numeracy skills in the early grades of primary school, they get left behind in the higher grades—no matter how many years they spend in school. In middle to upper primary school, most curricula move away from building foundational skills, so children who have not grasped these skills do not have the opportunity to catch up. In many parts of the world, nonproficiency in primary schools is a widespread and systemic problem. Nonproficiency rates are the highest in Sub-Saharan Africa, where in 2015, 88% of children (202 million) who are primary and lower secondary school age were not proficient in reading, and 84% (193 million) were not proficient in mathematics (United Nations, 2021). Central and Southern Asia does not fare much better: 81% of children (241 million) were not proficient in reading, and 76% (228 million) lacked basic mathematical skills (United Nations, 2021).

In the early 2000s, Pratham, one of India’s largest education NGOs, developed what has now become known as Teaching at the Right Level (TaRL) to respond to the failure of the education system to ensure that children obtain a solid grasp of basic literacy and numeracy skills before they leave primary education (Pratham, 2022). Rather than attempting to diagnose and fix the multiple failures of the system that have all contributed to this problem (e.g., ambitious curricula, underpaid teachers, lack of supervised on-site training, meagre teaching supplies, etc.), the TaRL method zeroed in on the classroom practices, with a focus on enabling and motivating teachers to ensure all students attain basicnliteracy and numeracy skills. At the classroom level, TaRL is a flexible teaching approach that enables teachers to assess children using a simple tool and then group them according to their learning level rather than their age or grade. Each group is taught starting from what the group already knows, using hands-on learner-centred exercises and methodologies. Children move quickly through the groups; for example, children who master letters then move to a group focused on words. Throughout the entire process, teachers assess their pupils’ progress through an ongoing, simple measurement of their foundational skill performance rather than relying on end-of-year examinations. The key to the approach is a short feedback loop between hands-on and adaptable teaching methods and rapid tests, which motivate both students and teachers who can see the progress. Several randomised controlled trials (RCTs) conducted by Pratham and the global research centre Abdul Latif Jameel Poverty Action Lab (J-PAL) have demonstrated that when implemented well, the TaRL approach is effective, works at scale and has led to some of the largest effect sizes rigorously measured in the education literature (Poverty Action Lab, 2019). 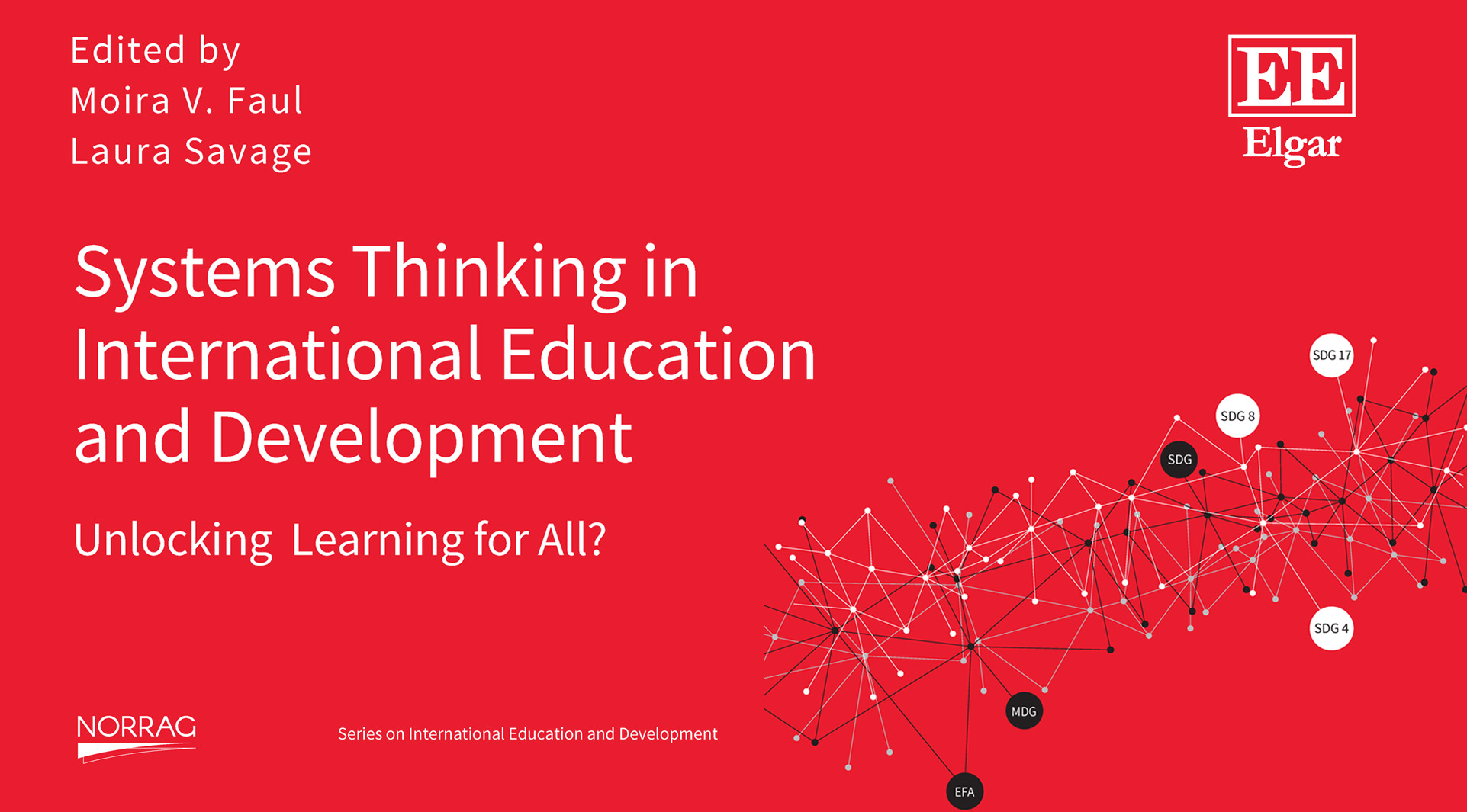 The next book in the NORRAG Series on International Education and Development will be published in January 2023 as an open access title by Edward... Read More
Sub Menu
Archive
Back to top