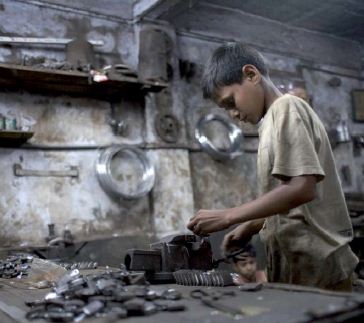 Three months ago in a blog in NORRAG NEWSBite, I asked ‘can we avoid another vague skills goal?’ Three months later how are things looking?

Lots of Proposals for a Skills for Work Target

As 2014 passes us by, it is positive that there appears to be a lot of momentum to include a ‘skills for work’ target under a post-2015 education goal.

Indeed, all of the key institutional proposals[1] related to education post-2015 included some kind of skills to work target or else identified this as a priority concern to be addressed (see p.21/22 of ‘Education and Skills Post-2015: What Evidence, Whose Perspectives?’).

And targets suggested by Member States, Major Groups and Other Stakeholders at the Open Working Group 10th meeting also very much pick up the skill for work line, as does the EFA Steering Committee Joint Proposal made recently at the annual Global EFA Meeting in Oman, 12-14th May.

Is this good news?

It depends. It is of course good news that skills for work, including technical and vocational skills, are being mentioned by so many stakeholders. As I noted three months ago, I believe the TVSD community would be better served by the presence of some kind of TVSD-related goal or target, rather than the absence of one altogether. If the current state of proposals are anything to go by, it does seem that we shall indeed end up with a target that talks about skills for work, and one that specifically mentions technical and vocational skills.  But, as I mentioned earlier, several things are still missing: key among these are clarity of concept and clarity of measurement. Neither of these issues appear to have taken much of a step forward these last three months.

The experience of goal and targeting setting from Jomtien and Dakar tells us to set targets and indicators together.[2] What appears to be still happening with the skills for work target is that the target wording is being debated and discussed without a linked debate on what can be measured and tracked; and in what ways measurement of technical and vocational skills therefore needs to be improved. The recent Sustainable Development Solutions Network report on proposed indicators does not address the technical and vocational skills issue, and those indicators it does mention are problematic for many.

With all the mention of ‘skills for work’ target, there is also a concern in the perceived close association between skills and work, and what is expected to materialize on the ground from including a ‘skills for work’ target. The most common justification for there needing to be a post-2015 target on skills for work is that better work skills are needed as one part of countries’ approach to tackle rising (youth) unemployment rates. So, it seems somewhat inconvenient to flag up that there is no evidence presented by the institutional or member state proposals of the extent to which vocational skills can help to reduce unemployment. But then again, we might say, why should they be presenting evidence for it?; they don’t do so for other proposed targets. Nonetheless, the mantra of skills for work assumes some kind of semi-automatic connection between supplying vocational skills and seeing reductions in unemployment rates. It has been argued elsewhere that no such semi-automatic connection exists (see IIEP’s ‘Planning for Technical and Vocational Skills Development’). The is undoubtedly a link between skills and work, and vice-versa, but the link is not as perhaps as straightforward (and as short) as many would like to believe.

Where is the TVSD community in the post-2015 debate?

As I said three months ago, we need to see a stronger connection between the technical and vocational skills community who are already working on improving TVET indicators, and the technocrats who are drafting post-2015 targets. If the TVSD community – which itself is a highly fragmented community (and that’s part of the problem!), keep plodding along on separate lines to the post-2015 technocrats, we will end up with a skills for work target that mentions technical and vocational skills, but one that we shall suddenly find is all too vague and difficult to measure.

[1] Key institutional proposals  include those made by the UN High Level Panel Report in May 2013, the UN Sustainable Development Solutions Network (SDSN) Report in June 2013, the UN Global Compact Report in July 2013,  and the UN Secretary-General’s Report of September 2013 (UNSG, 2013).

Robert Palmer is an independent education and skills consultant. He also supports the Editor of NORRAG News and runs NORRAG Blog.