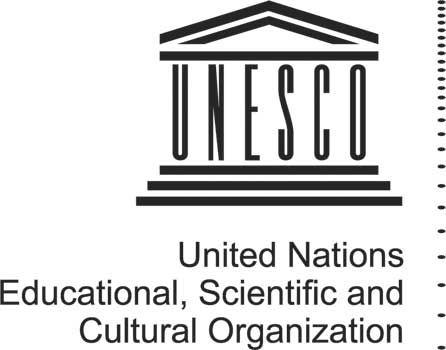 Since the inception of UNESCO in 1945, there have been differing views on the role of the organization. While some stressed its intellectual role, others propagated a limited functional mandate for the organization. The tension between these two positions runs like a thread through the history of UNESCO. It can be illustrated by highlighting the disconnect between the Education for All (EFA) initiative and the two major educational reports published by UNESCO: Learning to be (the so called Faure report), published in 1972; and Learning: The treasure within (the so called Delors report), published in 1996.[1]

The Faure report and the Delors report

Despite the 24 years that lie between them, the reports have many similarities. Both have a political-philosophical character in that they drafted a utopia of global justice and tied educational ideas to the overall development of society, to equality and to democracy as a social and political system. Lifelong education/learning was presented as the new global educational master concept. Learning, and not education, was at the heart of “learning societies”, in which the focus was not anymore on schooling, educational institutions and provision, but on the learning process of every individual, who is seen as “an agent of development and change, promoter of democracy, citizen of the world, author of his own fulfilment” (Faure report, p.158). The reports criticized the “linear expansion” of education systems, and the Faure report recommended a “move from the quantitative to the qualitative, from imitation and reproduction to a search for innovations, from a uniform procedure to diverse alternatives” (p.173f).

The Delors report took a conscious counter-position to the utilitarian view of education represented by the World Bank’s 1995 report Priorities and Strategies for Education and the OECD’s 1989 report Education and the Economy in a Changing Society. It reflected on the role of education in the face of the tensions which characterized the world on the eve of the new millennium, exacerbated by globalization, such as the tension between the universal and the individual, tradition and modernity and the spiritual and the material (Delors report, p.16ff). Although some have argued that it was less radical than the Faure report, it shares with its predecessor the call for a more just society, “guided by the Utopian aim of steering the world towards greater sense of responsibility and greater solidarity” (p.51).

Disconnect between EFA and the education reports

Although the reports were meant to design a global educational system, they were not successful in reaching the developing world as they did not influence the Education for All (EFA) initiative, which became the development agenda for the South. Basic education and not lifelong learning was the main organizing principle of EFA. The educational agenda of EFA was narrowed down to universal primary education, due to the World Bank’s conviction that primary education produced the highest social rates of return.

The disconnect between the reports and EFA is symptomatic for the dichotomy between the “functional” and “intellectual” UNESCO. Decolonization brought about increasing rivalry among the UN institutions for influence, resources and authority, which sharpened the tension between the intellectual and normative work of UNESCO and the operational work linked to development aid. The “new development compact” (Mundy, 2006) that emerged from EFA relies on goals and numerical targets. Isomorphic processes played their part in bringing UNESCO on the path of “results-based management”. As a consequence, donors and partners tend to treat UNESCO like a development agency. In recent reports on their development activities, Australia and the U.K. have given the organization disastrous evaluations, because “it is difficult to define and measure results in most areas of UNESCO’s work” (AusAID, 2012, p.219).

I argue that the Faure report and the Delors report represent political projects insofar as they aimed at spurring debates about the future of society. EFA is situated in the “post-political” era, which has been defined by a technocratic and “managerial approach to government… deprived of its proper political dimension” (Žižek, cited in Swyngedouw, 2008, p. 7). Applying Žižek’s concept of the false activity of “actions” versus the true activity of “acts”, EFA belongs to the realm of action, whereas the reports belong to the realm of the act. Žižek defines the “act” as “something that changes the very horizon in which it takes place” (Žižek, 2001, p.11). Dakar focusses on “action” in terms of goals, EFA national action plans, monitoring etc., but this kind of action is not concerned with radical change.

Revisiting the role of UNESCO

Revisiting UNESCO’s role in the system of global governance is timely and significant as the organization is currently in a severe crisis, caused by the United States withholding their membership dues as a consequence of the decision taken by the General Conference in 2011 to adopt Palestine as a full member to UNESCO. I agree with Hüfner (2013) and Weiss (2012) who suggest as a way out of the crisis that UNESCO should focus on its role as a “think tank”, involving intellectuals rather than member states technocrats. As the sole defender of a humanistic and non-monetary perspective on education a revitalized UNESCO could be an important actor in shaping a “radical post-2015 agenda” (Klees, 2013). However, given its present condition, it seems unlikely that UNESCO could be a strong voice in the post-2015 debate. A first step towards strengthening UNESCO would be not to reduce UNESCO to a development agency which produces measurable results.

This contribution is based on a paper presented at the Conference of the Comparative and International Society, held March 10-15, 2014 in Toronto.

Maren Elfert is a PhD Candidate at the Department of Educational Studies, University of British Columbia, Canada. Email: elfertm@shaw.ca

Swyngedouw, E. (2008). Where is the Political? Article based on Antipode Lecture, IBG/RGS annual conference 2007, London, 29 August – 1 September and on James Blaut Memorial Lecture, Annual Conference of the AAG, Boston, 16-21 April 2008.

[1] The Faure report was the outcome of the International Commission on the Development of Education, chaired by the French politician and former Minister of Education Edgar Faure. The Delors report was put forward by the International Commission on Education for the Twenty-First Century, chaired by the French politician and long-term President of the European Commission Jacques Delors. Both commissions were established by the Director-Generals of UNESCO (René Maheu in the case of the Faure report; Federico Mayor in the case of the Delors report) with the approval of the General Conference.