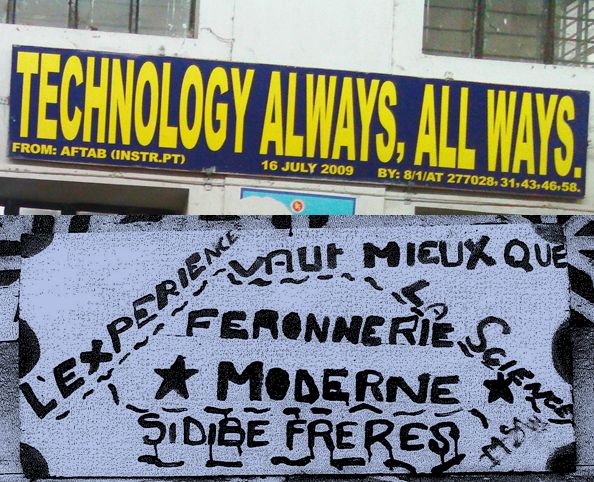 The participants[1] at the 3rd International Congress on Technical and Vocational Education and Training (TVET) (May 2012) adopted the Shanghai Consensus: Transforming TVET, Building Skills for Work and the Future, where they note “the ongoing conceptual debate around the definition of TVET,” including the use of other terms such as “technical and vocational skills development (TVSD)”. The Shanghai Consensus also invited the UNESCO Director-General (DG) to “facilitate the debate on the place of TVET and skills for the world of work in the post-2015 international education and development agenda.” They also recommended “the international community ensure better visibility and support for TVET”.[2]

Three years later, one can wonder whether the Incheon Declaration: Towards Inclusive and Equitable Quality Education and Lifelong Learning for All (May 2015) has taken advantage of the debate that the DG was supposed to facilitate, and whether the way TVET is presented secures its visibility. One can also wonder whether the Asia-Pacific Conference (August 2015) on Education and Training: Making Skills Development Work for the Future, that has adopted the Kuala Lumpur Declaration: Quality Education and Skills Development for Sustainable Future, has clarified the respective notions of TVET and skills development (SD), and consequently the related policy and strategy issues.

Before answering these questions, one must turn to a flashback on the work of the Second World Congress on Technical and Vocational Education, held in Seoul in 1999, entitled Work, Education and the Future. The debates led to some Recommendations: TVET – A Vision for the 21st Century, in which – in the same way as in Shanghai (2012) and Kuala Lumpur (2015) with TVET and SD – there was an open debate as to the term that was more appropriate: TVE and/or TVET. On top of this debate, one can find in the Recommendations the notions of TVE for All, Life Long Learning and Training as well as of Education and Training Systems, which are based on different rationales. Things were as confused at that time as today!

This demonstrates that for the past 25 years, some very important international documents keep raising conceptual and language questions that are not properly answered, in spite of their consequences on the TVE/TVET/TVSD/Education/Work -related policies and practices. An in-depth analysis of the consequences of such a language mix-up over the last 25 years needs to be done, as a wording imprecision is the reflection of a conceptual confusion and an ignorance of the realities in the field. Fortunately these documents also lead to hopes and create opportunities to assess the constructive changes that have occurred in the past 25 years, as demonstrated for the three more recent ones:

Interestingly the title of the Seoul Congress (1999) was already articulating Work and Education, whereas the Shanghai’s and the Kuala Lumpur’s ones are only referring to SD. This is an illustration of the ever-changing dual relations between the three poles of the triangle composed of Education, Training and Work. For example, because of the urgency to deal with the under-/un-employment of many youths leaving basic education today, many organisations such as the Swiss Development Cooperation insist on the necessity to link Education and Training/SD.

This situation leads to a (re)opening of an issue that has been left aside for many years: can UNESCO and ILO keep treating quality basic Education, SD and Work as separate issues despite their interdependence in reality? Is the UNESCO-based UNEVOC properly reflecting this necessary interdependence? Is ILO investing enough in the relations between Work and SD? Is it not time to (re)open the debate for the sake of efficiency? This will disrupt the present bureaucratic silo situation, where three sectors (Education, SD, Work) have their autonomous visions, rationales, budgets, projects and staff. The initiative has to be taken soon if we don’t want SDGs 4 and 8 to be managed at the expense of the needs and demands of youths and adults.

Finally, UNESCO is presented in the Incheon Declaration as the appropriate global coordination mechanism, the focal point able to lead the education 2030 agenda within the overall SDGs coordination architecture. This vision does not acknowledge the fact that education is more and more a vector rather than a sector. It also does not take into account the rapidly evolving international education and training governance arrangements, where the World Bank, UNICEF, Global Partnership for Education, OECD, private foundations, think-and-do tanks and enterprises are challenging the government’s responsibilities – and hence UNESCO’s – in the policy definition and implementation of education. This is particularly relevant for SD if we consider the previous concerns about the way TVET/SD is being dealt with in the Incheon Declaration. Let’s hope that the preparation of the next UNESCO strategy for TVET (2016-2019) will open an opportunity to overcome the bureaucratic borders. And let’s hope that the next UNGA (New York, September 2015) will adopt the same perspective, by opening the way for an intersectoral, transversal perspective for the governance of the SDGs, as well as that of Education and Training.

NORRAG is ready to contribute to this urgent evolution and play its part in convening, brokering and incubating new ideas, which it had been doing between 1996 and 2008 with the Working Group for International Cooperation on Skills Development, as well as with the latest issue of NORRAG NEWS 52: Reflections on the WEF and Financing Education and Skills.

Michel Carton is the Executive Director of NORRAG. Email: michel.carton@graduateinstitute.ch

>>View all NORRAG Blogs on TVSD

[2] See the full report of the Congress : Unleashing the Potential : Transforming TVET.