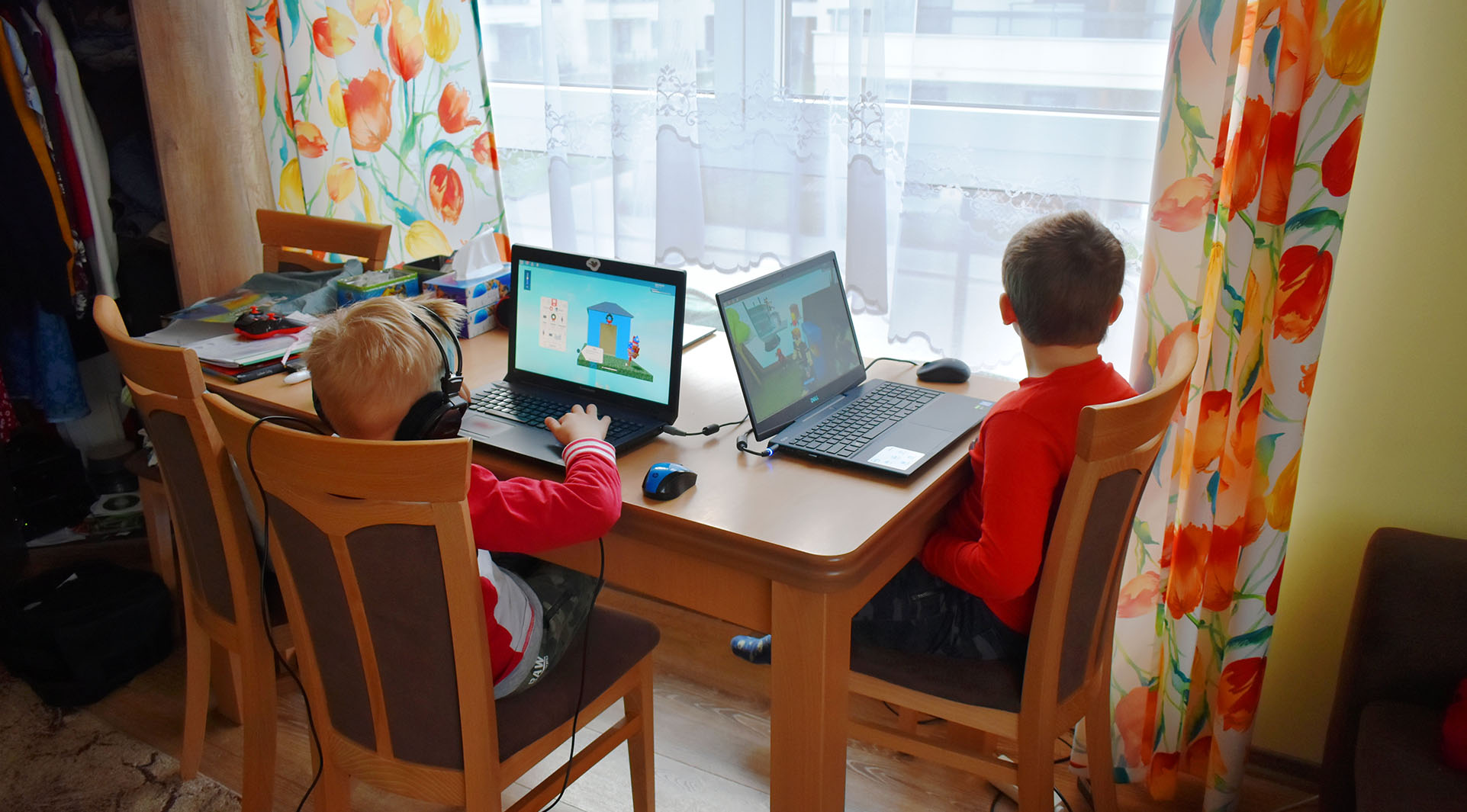 Educational technologies are often presumed to be central to the future of education. In this blog post, part of our series on the digitalisation of education, Ben Williamson explores how visions of EdTech’s future are imagined, shared, and made to seem consensual. EdTech founders and venture capital investors are today’s dominant visionaries of education, but the stories they tell of the future of education can be contested. Proposing that education pursues a plurality of alternative futures, Dr. Williamson challenges us to imagine them in more participatory and democratic ways.

Each year, the EdTech investment firm Global Silicon Valley (GSV) Ventures convenes a major annual summit for EdTech companies and venture capital investors. The GSV Summit is known as the place where EdTech deals get done. It’s also an epicentre of EdTech futurology, where a highly concentrated gathering of founders and funders present, share, and celebrate specific visions and valuations of the future of education and technology. By 2027, GSV Ventures predicts, digital education will be a global trillion-dollar market, led by ‘the education stars of tomorrow’ and characterised by scalable ‘weapons of mass instruction’ that promise both huge ‘return on education’ and ‘return on investment’.

The economic sociologist Kean Birch argues that venture capital investors make their investment decisions not only through rational economic predictions about the future value of a company, but on the basis of speculative stories about the future that start-up founders and their financiers share. In these stories, the future is anticipated to unfold in particular ways, ways that promise to yield long-term financial return on investment. The point of such stories, as Jens Beckert puts it, is that investors’ expectations ‘cannot be predictions of the future: they are mere imaginations of future states—imaginations upon which actors base their behaviour “as if” these expectations actually did describe future states’.

GSV Ventures and its summit epitomises how these forms of speculative storytelling occur in the EdTech industry. The summit is an event where the visions of the investment industry are made to seem consensual, inevitable, and beneficial for education well into the expected future. The aim is to catalyse investment decisions and build markets in the present ‘as if’ the future has already been foretold, with the hope of securing financial returns if that future transpires.

In a recent study, Janja Komljenovic and I examined how investors construct these visionary stories of the future of education as a route to securing future cashflows. EdTech investors, we argued, often come across in their speculative storytelling as moral authorities, virtuously injecting venture capital into technological solutions for education’s current problems and crises. By doing so, venture capitalists also begin to play profoundly political roles in the education sector, because they make decisions about what kinds of products can and cannot exist. They try to materialize their imagined visions of education through the allocation of monetary resources.

Investors’ choices about how to allocate money then affect the market of products from which educators can pick and procure, which impacts on the specific forms of teaching and learning that can take place downstream. Those products that scale thanks to venture capital can reach hundreds of thousands of classrooms and reshape teaching and learning, with the added bonus of securing ‘disproportionate gains’ for the ‘dominant players’, as GSV Ventures phrases it. The visionary and virtuous venture capitalist is animated by market metrics that appear to predict the profitable returns available if their story pans out as envisaged.

Despite the visionary confidence that EdTech investors project, the futures they imagine may be more fragile than they seem. As Sun-ha Hong has recently written, current ways of predicting ‘technofutures’ in the entrepreneurial and investment industries tend to recycle determinist notions of technological progress while foreclosing other possible worlds. Similar ways of thinking permeate the EdTech and investment industry. The stories told about the ‘ed-technofuture’ by EdTech companies and their financiers represent highly selective visions of educational change in which ‘innovative’ technologies are always presented as disruptive or driving forces. Following Hong, we can see how visionary investors’ stories and predictive market valuations ‘serve to reinforce the sense that a data-driven, automated, predictive future really is the only possible tomorrow’.

The problem is that the ‘only possible tomorrow’ of EdTech often doesn’t live up to expectations. An instructive example is automated assessment proctoring software, which independent researchers have found fails on its basic promise to detect cheats in online examinations. What online proctoring does appear to achieve instead is to exacerbate test-taker anxiety, expand educational surveillance, and invade students’ privacy.

For the EdTech investor, these failures cannot be unexpected. Venture capital is notoriously risky. The purpose of speculative storytelling is to reduce future market risk as much as possible, by trying to create the conditions in which their investees will thrive. Nonetheless, only some blockbuster EdTech products will succeed, while many others will fail and disappear. As a result, while investors’ optimistic stories may suggest transformative times ahead, the more likely reality is monopolistic or oligopolistic positions for the few ‘dominant players’ who are able to achieve ‘disproportionate gains’.

Along with colleagues in the UK, I am in the early stages of a major new research initiative, the Centre for Sociodigital Futures, which is examining how visions of the digital future are made and materialised across a wide range of domains of social and public life. We are looking at how ‘digital learning futures’ are constructed, circulated, and made seemingly consensual as the basis for action in the present. In a later stage of the project, we are interested in how these digital learning futures may be contested and resisted. My colleagues Keri Facer and Arathi Sripakash have argued that much ‘futures thinking’ in education is dominated by small elites of technocratic experts. Instead, they advocate better support for students and educators ‘to imagine and create futures capable of disrupting existing systems of domination and inequality’.

We are beginning to see new struggles over the futures of education constructed by EdTech investors and companies. One example is the recent Declaration for a Democratic and Open Digital Education coordinated by Xnet in Catalonia. Another is UNESCO’s ambitious Futures of Education. As part of this program, Evgeny Morozov wrote an essay challenging ‘technological solutionism’ in the ‘digital transformation’ of education. Much of the EdTech industry, he argued, is not interested in the actual problems and pressures facing teachers and students. Instead, it constructs problems for which it has ‘readymade solutions’.

Rather than this solutionist vision of software-scripted educational standardization for corporate profit, Morozov argues, a ‘post-EdTech’ ecosystem would treat students as complex, idiosyncratic, and socially embedded, and consider learning a process of personal growth, contingency and doubt rather than pre-specified, measurable outcomes. He urged a much wider range of organisations, and not just EdTech industry and its investors, to ‘play a more hands-on role in both defining and executing a bold and ambitious vision that might give us an alternative post-EdTech paradigm’.

Teachers and students are rarely involved in discussions over their preferred forms of education in the future. Instead, they are recipients of the kinds of future visions that materialise in well-capitalised EdTech products and practices. At the Centre for Sociodigital Futures we want to find further participatory ways for students and educators to imagine alternative educational futures, and to take part in more democratic forms of EdTech design and development. Already, for example, we can see momentum building for new forms of EdTech innovation informed by frameworks of ‘design justice’ and other creative ‘speculative methods’. As Felicitas Macgilchrist puts it, ‘blending critique with art, design, creativity, technology development and/or feminist approaches to design creates alternatives to today’s technologies’. We might also find inspiration in practices of ‘algorithmic reparation’, an emerging transdisciplinary approach to technology design and ‘critical algorithmic reform’ that foregrounds reparative interventions into the social injustices, harms and inequalities of digital systems.

As NORRAG’s recent report on the digitalisation of education has already highlighted, the education sector needs ‘new visions for and pathways towards a more equitable future for digital education’. An important first step would be more equitable involvement in imagining a plurality of alternative and reparative educational futures, rather than further investment in the ‘only possible tomorrow’ envisioned by EdTech investors as a route to disproportionate financial gain.

Ben Williamson is a Chancellor’s Fellow at the Centre for Research in Digital Education and the Edinburgh Futures Institute, University of Edinburgh, and a member of the Centre for Sociodigital Futures, funded by the Economic and Social Research Council.

This blog is part of our series on the digitalisation of education, which aims to share under-represented and innovative ideas on the role and futures of digital technologies in education. We invite contributions in response to this blog, or in reply to our 2022 publication Policy Insights: The Digitalisation of Education. For more details, please see our call for contributions.