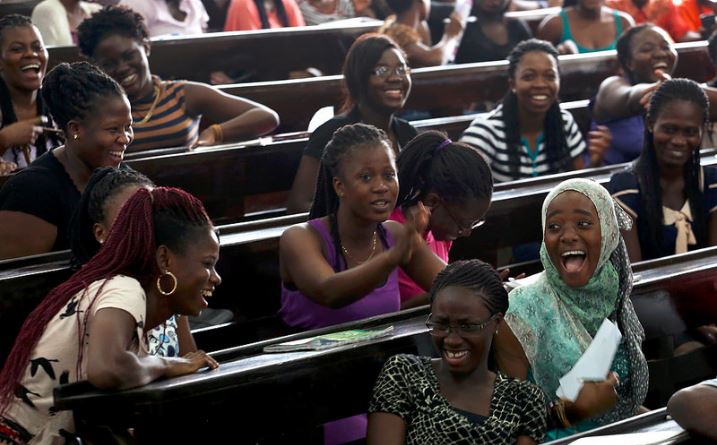 In the UN document of the 2030 Agenda for Sustainable Development, Transforming our World: the 2030 Agenda for Sustainable Development, there are some eight mentions of ‘research’ in the text – most of which are clearly linked to higher education research. But the targets of Sustainable Development Goal (SDG) 4 do not mention the need to develop the capacity of higher education institutions to enable such research to take place.[1] Many have reflected on the massive investments needed for sub-Saharan Africa to reach the SDG 4. A blog posted on this Blog in April this year is a case in point. Here Birger Frederiksen argues that sub-Saharan Africa will need massively increased funding, compared to other regions, to reach the SDGs. While agreeing with the massive funding needed, I want to reflect on what is required in terms of the ‘politics of knowledge’.

Politics of knowledge. This Spring I have been intrigued to see the blossoming of academic conferences and journal articles discussing the politics of knowledge in Africa. A brief look at the history of African higher education will show that with colonialism, the vast majority of old African institutions, which had not already disappeared, were destroyed. Hence, while higher education in Africa is as old as the pyramids in Egypt, present day African universities have colonial roots, because the type of higher education seen on the continent today had its roots in colonial institutions. The question is whether African universities are still suffering from some sort of colonialization (of the mind)?

Decolonisation of the academy. With the increased optimism and self-awareness on the continent, sometimes labelled the African renaissance, we have seen a new consciousness about the historical roots of higher education and a subsequent call for decolonisation of the academy. Of course these tendencies were most strongly seen in post-apartheid South Africa with calls for Africanisation of curriculum, but similar tendencies are seen elsewhere on the continent. It also relates to the debate about the role of universities as local drivers for sustainable development vis-á-vis the increasing demands for internationalisation and competition in the global knowledge economy. Can a university both be locally relevant, focussing its teaching and research on local needs and at the same time participate in the global competition with increasing focus on standardisation? And what role does international collaboration play in all this?

Capacity building projects. Together with the new self-understanding on the African continent, the twenty-first century has seen a renewed interest in Africa from the rest of the world. During the past 20 years, universities have been recognised as a key driver for societal growth in the Global South and therefore international interest in universities and scientific knowledge has intensified in recent years. Aid agencies in the Global North, e.g. in Scandinavia, are among those currently working on new policies to strengthen research capacity in Africa, and therefore increasing assistance is given to this sector. Because the funding for research is very limited in African universities, they are quite reliant on external funding e.g. from development agencies via so-called capacity building projects. While many researchers from universities in the North and South are involved in these collaborative projects, we are usually involved as practitioners. Only rarely do we turn these collaborative projects into a research field and thereby study ourselves and our own practice in these projects. After having participated in a so-called capacity building project in Africa, I – together with some colleagues – became interested in understanding the geography and power of scientific knowledge, how this is negotiated through such capacity building projects, and not least we became interested in understanding whether such projects functioned as quality assurance or a type of neo-imperialism. Our research led us to conclude that capacity building and the tendency towards increased internationalisation of higher education can lead to what might be called ‘mono-cultures of the mind’ (by the Indian activist Vandana Shiva). Some of the dilemmas of capacity building projects are not due to North-South relations, but part of the wider geography and power of knowledge as seen in internationalisation of higher education where the Anglo-American world (including Australia) are the winners. By entering into the competition fetish, African universities may become globally competitive, but risk losing their local relevance in the process.

SDG 13 on climate change as an example. One of the pertinent problems on the African continent is climate change. It is mentioned in Agenda 2030 multiple times beyond the specific goal 13 (Take urgent action to combat climate change and its impacts). This is indeed a field that calls for ‘multi-cultures of the mind’ and contextualised understandings in order for locally relevant and suitable solutions to be developed. As the geographer David Livingstone has argued climate knowledge is not stable, secure or self-evident and therefore we need to inquire into the particular, the specific and the spatially located. Furthermore, we need to attend to human experiences of climate: ‘What climate means to people is conditioned by the places people occupy, the histories they share, the cultural values they absorb. Presumptions about what the idea of climate change must – or should – mean to people fall foul of precisely this careful interrogation of particularity’ (Livingstone, 2012: 92–93). The ability to attend to human experiences of climate (readers: insert other issues from the SDGs here) through inquiring into the particular, the specific and the spatially located is pertinent for African universities if they want to produce the research called for in the SDGs.

On the positive side. I’ll argue that collaborative projects such as capacity building programmes can be a means to assist African universities to produce contextualised knowledge and the projects can even lead to some sort of de-colonialization of the academy if they are based on long-term partnerships, a close understanding of historical, political and geographical context, and not least a common exploration of knowledge diversity.

Hanne Kirstine Adriansen is an associate professor at Department of Education, Aarhus University in Denmark. Her research focuses on higher education and scientific knowledge production, including the internationalisation of higher education. Her most recent publication is Higher Education and Capacity Building in Africa: The Geography and Power of Knowledge under Changing Conditions. Email: hka@edu.au.dk