By Steven Klees, University of Maryland. 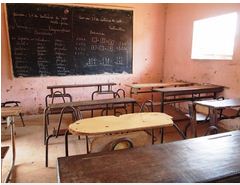 Right now, there is considerable attention being focused on a growing phenomenon in a number of developing countries — private primary schools that charge relatively low fees.  They are described in miraculous terms, as private schools, once the bastion of the well-to-do, are now reaching disadvantaged families and thus have become essential to the provision of quality primary school for all, as envisioned in the Millennium Development Goals and the Education for All compact.  As the economists say, poor people “vote with their feet” by sending their children to private schools where they have to pay instead of public schools.  What could possibly be wrong with low-cost private schools for the poor?  Plenty.

1.  Right to Education.  Guaranteeing that education is a right, as enshrined in numerous international agreements, is perhaps one of the most significant changes in the approach to education policy.  Yet, using private schooling, as a way of meeting EFA targets and MDGs, is a direct violation of the right to education.  Primary education is supposed to be universal and free.  How can we justify an approach where it is considered legitimate to charge the poorest people in the world for education?  A response that public schools often charge fees is not sufficient.  Public school fees are not considered legitimate, and there are movements to eliminate them.  These fees need to be eliminated, not used as an excuse to promote fee-paying alternatives.

3.  Equity.  The biggest problem with privatization is that it always increases stratification and inequality.  Superficially, one might think that private schools that are low-cost would be different.  But low-cost is not so low — one study in Ghana found that poor parents paid 30% of their family income to send their children to private schools.  Many poor families cannot afford that.  Low-cost private schools simply stratify the poor into the better off, who go private, and the worse-off, who go public.  Moreover, there is some evidence that these schools increase stratification by factors other than class and wealth, such as gender and caste.

4.  Public Schools.   The logic of privatization is that the mere presence of private schools will improve public schools by forcing them to innovate and compete.  Nothing could be further from the truth.  The attention being given to privatization as the magic bullet to solve problems with educational access and quality has resulted in the neglect around the world of the need for attention and resources towards improving public schooling.

5.  Teachers.  The privatization bandwagon has been disastrous for teachers.  It has contributed to the de-professionalization, loss of status, and loss of hard-won influence and protection of teachers.  Private school teachers are generally not unionized, can be fired at will, and receive lower pay and benefits.  One study of low-cost private schools in India found that teacher salaries were only 10% to 20% of public teacher salaries.  They also found “poorly qualified and poorly paid teaching staff with high turnover.”  This is the exact opposite of the need to build a highly-qualified, well-paid, and well-motivated, professional teaching force.

6.  Business.  While some point to the “mom and pop” nature of these private schools, big business sees money to be made.  Pearson recently invested 10 million pounds in a chain of low-cost private schools.  They are not alone.  Education should be a public good, not a private one.  While some may not want to go as far as Cuba and Finland which ban private education, the aim should be to improve public schooling so there is little need for private education.

Privatization is based on ideology, not evidence.  Some years ago, I attended a meeting about health policy at the World Bank.  The World Bank presenter pointed out how, in many poor countries, poor people chose to be treated at private health clinics for a fee instead of going to free public clinics.  This was touted as evidence of the success and value of privatization.  To the contrary, I pointed out that this is simply evidence of the success of 30+ years of neoliberal ideology in which public clinics had been systematically decimated, ending up without doctors, nurses, or medicine.  The same has happened in education.  Thirty+ years of neoliberal policies have often left public schools over-crowded, with poorly trained teachers, few learning materials, dilapidated facilities, and not close by.  It is no wonder that some parents opt out.  However, while it is rational for disadvantaged individuals to sometimes send their children to private schools, it is poor public policy for the reasons above.  Privatization is supposed to help meet the growing education gap resulting from years of attack on the public sector, but all it does is replace an attempt to develop good public policy with the vagaries of charity or the single-mindedness of profit-making.  Too often everything is about the bottom line vs. interests of children.

The goal of EFA and the MDGs should be to eliminate the need for private schools, not champion them.  Public policies like these have been doing the opposite, creating the need for private schooling.  By their focus on access, they have expanded schooling that often does not deliver an education.  By some estimates, 200 million children are in primary school but not being educated, raising questions of whether real access has been improved at all.  Moreover, our sights must be set much higher.  “Low-cost private schooling for the poor” is not what we want.  “Low-cost” schooling must not be a goal, public or private.  We need good schooling for the poor.  Equity really means that the poor get schooling as good as the well-to-do.  This means we need a high-quality public education system for all, and this should be our post-2015 target.

This post originally appeared on 28th May 2013 on http://educationincrisis.net/