Commonwealth Ministers of education recently outlined their vision for education in the new global goals for development, emphasising education’s catalytic power and stressing the need for equity and quality in addition to access. 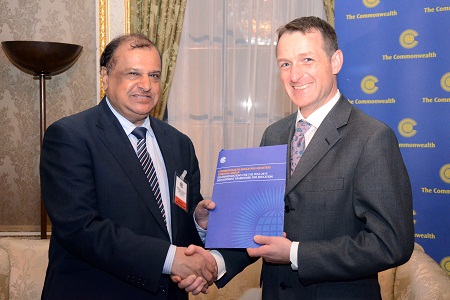 Commonwealth Ministers of Education met in London in December 2012 and developed recommendations for post-2015 which are now feeding into the UN discussions and wider debates. They discussed the need to re-focus on learning without compromising efforts to secure 100% access; to align the EFA and education MDG frameworks; and to pay more attention to equity. Commonwealth ministers correspondingly recommended that three core concerns – access, quality and equity – should run through all education goals, and that EFA and MDGs should be harmonised to avoid overlaps or gaps.

Ministers proposed that three principal goals for education should be contained in the post-2015 development framework. These would be positioned in the framework in a similar place to the current education MDGs. The principal goals would be supplemented by six more detailed, subordinate goals. These would have a similar function to the current EFA goals. Targets and deadlines would focus on 2025, but options would be available for individual countries, depending on starting point, ambition and capacity.

>>See full blog on the UKFIET Community of Practice Blog.