By Amanda Beatty and Lant Pritchett.

The UN’s high-level panel on the post-2015 development agenda that met recently in Monrovia has much to be proud of. Millions more children are in school than were in 1990. Between 1950 and 2010, average years of schooling for the developing world labor force more than tripled from 2.0 to 7.2 years. Nearly all but 19 countries are unlikely to meet the universal primary enrollment Millennium Development Goal (MDG). Yet there is still an education crisis. Fifty-three percent of children in grade 5 in India cannot read, and four out of five children who go into a grade not able to read a simple passage will finish the grade still unable to read. 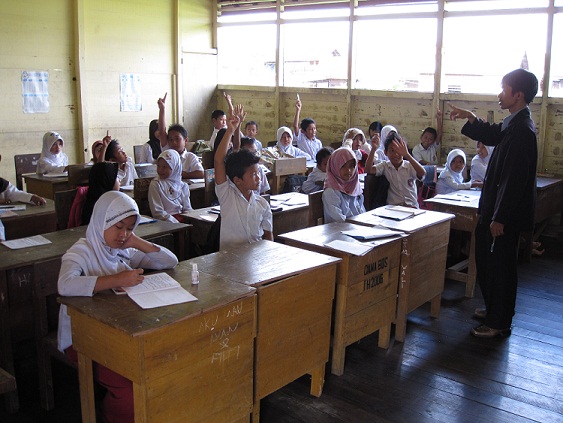 There is growing momentum toward addressing the catastrophe that millions of children are being denied an education. Just to name a few examples, the World Bank has adopted an education strategy called learning for all, as has USAID, whose strategy, opportunity through learning, is to see all children reading by grade 3. There is talk of making learning part of the next round of MDGs, or developing a Millennium Learning Goal. The Brookings Institute has convened a learning metrics task force with the mandate of fleshing out what learning goals might look like. In most developing countries, there is little information about how much age-specific cohorts know and are learning, and even less data comparing learning across countries. The hope is that the task force, along with intergovernmental organizations, donor and national government attention, will spawn new interest and action in measurement, whether it be home-grown or promoted through outside incentives, and whether the metrics are related to math, reading, science or any kind of competency a country seeks to cultivate in its youth.

If learning becomes part of the post-2015 agenda, remember a key lesson from 2000: don’t set countries up to fail. Michael Clemens highlighted this problem in a paper nearly ten years ago. In 2004, some countries, like Niger, whose net primary school enrollment was 30 percent in 1990 had made remarkable progress in increasing enrollments – 63 percent by 2011 – yet had no hope of meeting the MDG. Let’s generate goals that are realistic, motivating, ambitious yet achievable, and grounded in historical progress; and let’s set goals that are about progress rather than thresholds.

In a paper for the Center for Global Development, we contribute to the post-MDG learning metric momentum by showing historical progress on three international standardized tests (TIMSS, PISA, SACMEQ) in math, reading and science; and based on that progress, show what reasonable goals might look like. While we use a less-than-comprehensive set of tests and less-than-representative group of countries, we can get some idea of what ranges of progress over the next 25 years are feasible.  We use the tests’ conventional scaling of a 100 points as an international student standard deviation (IASDD) in order to easily interpret how many points per year countries are gaining, and then look at how long it would take countries to make one IASDD of progress. Just taking a crude summary (an average of the medians of the different assessments) progress is about 1.3 points per year on the IASSD scale. 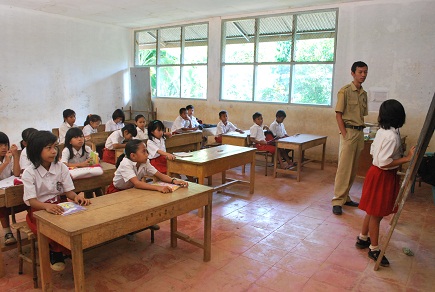 Obviously at 1.3 points per year of progress, it would take a very long time to gain 100 points (100 points/1.3 points/year=77 years).  Out of 28 countries for which we have data across multiple years, nine countries (two in Africa) could feasibly get to the OECD mean score of 500 in at least one subject in one test in 25 years, and 15 countries in 50 years. So what is a reasonable goal? What about a goal that aims for improving scores by one IASSD in a generation? If one IASSD is 100 points, then 100 points in 25 years would mean four points per year. Countries aren’t moving around more than five or six points either way per year, which means that a target such as 10 points per year would set countries up for failure. For some countries, like Malawi or Mozambique in reading, the goal should be escaping stagnation or worse deterioration.  Countries like Colombia (all subjects) or Namibia (in math and reading) can afford to be more ambitious.

Our point isn’t to say that the UN or any other body should be making goals based on these rudimentary projections of progress. We first want to prove that setting learning targets is possible, and shouldn’t wait until we find a test or metric that captures every stakeholder wants measured. Second, we aren’t wedded to these metrics. Countries are encouraged to use their own homegrown series of tests and set country-specific goals, and to participate in international standardized tests to facilitate comprehensive international comparison. Our point is that for a goal to have utility, it needs to be realistic enough to motivate countries, track progress instead of just set thresholds, and be reasonable and fair, based on historical progress. Improving just one IASSD in a generation is a challenge, but not an overambitious one, for most countries.

Lant Pritchett is a senior fellow at the Center for Global Development and professor of the practice of international development (on leave) at Harvard’s Kennedy School of Government. Email: lpritchett@cgdev.org