Twenty-five years after the fall of the Soviet Union, economic and social indicators show that we live in an increasingly inequitable world. Beside the series of conflicts ravaging the Middle East, the so-called ‘refugee crisis’ in Europe must be situated more broadly within this global landscape of exclusion. 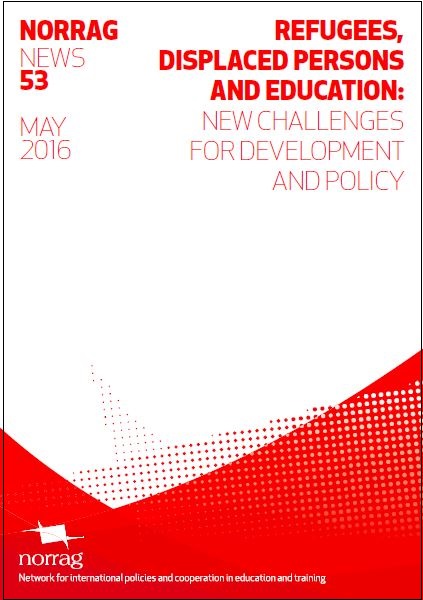 In a report published in January 2016, Oxfam demonstrates that wealth is increasingly concentrated in the hands of a tiny rich elite. According to the British nongovernmental organisation, 1% of people own more than the rest of humanity and 62 people hold the same as half the world. Beyond the wishful thinking of the Millennium Development Goals, these figures show that 25 years after the fall of the Soviet Union we live in an increasingly inequitable world.

Therefore, to speak of a “refugee crisis” in Europe obfuscates the deep processes that are at stake. Whether they are labelled “asylum seekers,” “refugees” or “economic migrants”, whether they flee from violence or poverty, from a war or a repressive government, how can we not situate the mass influx in Europe of people from the Middle East, Sub-Saharan Africa or elsewhere in this global landscape of inequality and exclusion?

Afghanistan has inherited the sad legacy of the Cold War. The communist coup in 1978, the Soviet invasion in 1979, the withdrawal of the Red Army in 1989, the fall of the Kabul regime in 1992, the emergence of the Taliban in 1994-95, the international intervention in reaction to the September 11 attacks and, finally, the partial withdrawal of the US-led coalition forces are the landmarks of an endless conflict. In 1990, Afghans were the largest displaced group falling under UNHCR’s mandate with more than 6 million persons. Today, they still constitute the second-largest refugee population after Syrians. In the 1980s, the vast majority of them went to Pakistan or Iran. However, the international geostrategic context has changed and these two countries are no longer willing to open their doors. In Afghanistan itself, the reduction of the foreign presence is the expression of a political and military deadlock rather than the successful outcome of reconstruction. Indicators do not announce any improvement. Firstly, the country is a demographic bomb: cities are saturated with the return of millions of refugees since 2001 and the high population growth while rural areas cannot absorb more people. Secondly, the economy related to the reconstruction effort and international presence collapsed after 2014. The withdrawal of the international community has left a vacuum for the emerging middle-class and young people that suddenly found themselves unemployed. Last but not least, the level of violence remains very high. During the last ten years, the country had the sad privilege of having been systematically ranked among the world’s five least peaceful countries by the Global Peace Index.

As they are no longer welcome in Pakistan and Iran, Afghans are forced to look for new destinations. After nearly forty years of war, all segments of the population have been affected by forced displacement. It is nonetheless possible to distinguish three main categories – or four depending on the way they are grouped – among the Afghans that have been coming to Europe in the last few years. The first category includes unaccompanied minors and young adults, mostly Hazaras from central Afghanistan. Being increasingly marginalised in Pakistan and Iran, where many of them have taken refuge, and considering that they have always been treated as second-class citizens by the Afghan state, they try their luck in Europe. Without money and network ties, they represent a particularly vulnerable population.

The second category is constituted by rural people from the South and East. They come from what is sometimes called the “Pashtun Belt,” a region where fighting rages between the government and the Taliban. They flee a conflict that they do not or no longer identify with and repeat that “this is not our war.” Most of them are men, aged from 20 to 40; they are poorly protected by the government and threatened with forced recruitment by the insurrection. They travel without their families and hope to bring their wife and children subsequently.

The third category is composed by urban dwellers whose way of life was linked to the international military or humanitarian presence: they were accountants, translators, drivers or guards for international or nongovernmental organisations, or government civil servants. They have lost their sources of income and fear that they will suffer revenge. Usually travelling as a family, they have money, which paradoxically makes them also vulnerable. Women – even sometimes families without men – are found mainly in this group, although the first two categories include more and more families too. The fourth category is actually a subcategory of the previous one: young urban people who benefited from training programmes proposed by foreign organisations.

These youngsters use social media and aim to live in a cosmopolitan, different and open world. But in Afghanistan, they are left facing a labour market unable to integrate them or fulfil their aspirations.

For all asylum seekers alike, the situation of the country of origin or first reception is not the only source of trauma. The journey itself, with its unforeseen traps and sufferings, as well as the reception conditions in Europe are equally so. For instance, crossing the sea is a heavy and at times tragic ordeal. In Lesbos, in a reception centre hardly different from a prison, I have met young people that kept saying, as if to convince themselves: “This is not Europe!” This denial sprang from the fact that the encountered reality did not correspond to their imaginary one, all the more so as they did not understand why they were subjected to exclusion and mistrust.

In short, there are no grounds for assuming that the flows of persons from Afghanistan – but also from Syria, Iraq, Eritrea or Sub-Saharan Africa – will recede. They result from global structural imbalances and it is misleading to distinguish between security, economic and demographic issues. Europe is ageing and in need of new blood. These migrants are young, motivated and willing to work and, as such, have much to offer. However, it would take political courage to declare this in the face of a mainly hostile public opinion in Europe – and we remain far from that.

Alessandro Monsutti is a Professor of Anthropology and Sociology of Development at the Graduate Institute of International and Development Studies, Geneva. Email: alessandro.monsutti@graduateinstitute.ch

This blog is based on an article that appeared in NORRAG NEWS 53.

>> View all NORRAG NEWSBite Blogs on refugees/migration, ODA  and Agenda 2030