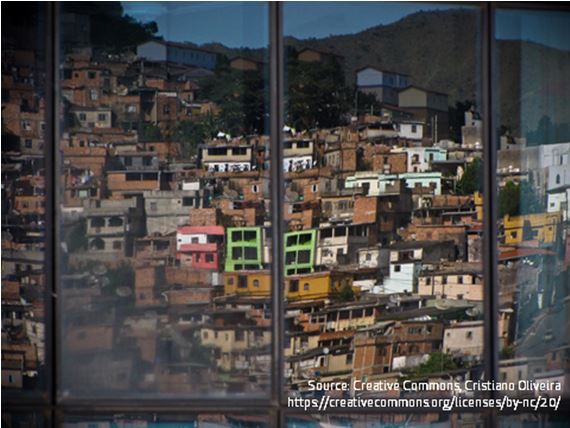 In the wake of the bombings in Ankara, the blowing up of the Russian commercial plane in Sharm el Sheik, the bombings in Beirut, the Paris attacks and the attack on the Radisson Blu Hotel in Bamako, fear of Daesh-led terror has spread beyond its Iraq/Syria birthplace and gone global. As in the aftermath of other tragic events, from 9/11 onwards, the response from Western political elites is military power and intervention abroad and increasing surveillance and security at home. Ever since the invasion and occupation of Afghanistan, Western military intervention, whether through local ‘allies’, aerial bombardment, drones, extraordinary rendition and torture, has done little to make their citizens feel safer and much to inflame tensions. While understandable, it’s a response destined once again to exacerbate tensions, extend battlegrounds, lead to more civilian deaths and makes the world a more dangerous, rather than safer place.

In parallel to the drums of war, an increasing number of states, international agencies and actors are discussing the way education can contribute to Countering Violent Extremism (CVE) and a number of educational initiatives have been set up. In response to some of these issues an event was organized in Geneva in October 2015 by the Inter-Agency Network on Education in Emergencies (INEE) on The Role of Education and Youth in Preventing Urban Violence and Countering Violent Extremism. INEE, set up just before the Education For all Conference in Dakar in 2000, has emerged as a leading actor in policy development and coordination for those agencies and actors working on education in contexts of conflict and emergency such as DFID, the Word Bank, USAID, UNICEF, UNHCR, IRC etc.

The one-day workshop actually brought together two themes – the first related to the increased preponderance of violent attacks and deaths related to urban crime in highly populated cities, particularly in Latin America. A key paper framing the discussion was NORRAG’s draft Working Paper on “Education, urban violence, and youth: exploring pathways or roadblocks for peace in the city” by Jovana Carapic (NORRAG/Small Arms Survey), Mieke Lopes Cardozo (University of Amsterdam) and Joost Monks (NORRAG). The work initiated by NORRAG in 2014 on Urban Violence and Education has been instrumental in putting this topic on the international agenda. Urban and gang violence, particularly amongst youth, has risen dramatically – and as the presenters noted, the vast majority of violent deaths in the world today, do not occur in contexts of war – whether inter-state or civil war (Syria, Iraq etc.)– but in contexts of  peace or, as the speakers noted, civic conflict in urban mega cities, where the vast majority of populations live and work. Education and training processes can be instrumental in pushing youth towards migration or violence as they often don’t contribute to creating hope in societies that are increasingly unequal and jobless; they can also be become sites of contestation themselves (i.e between gangs and between gangs and state forces). However, as noted by several speakers’, education can also be a potential avenue and strategy to build social cohesion, provide opportunities and an alternative route to individual and collective development. In collaboration with the Igarapé Institute in Rio de Janeiro and the American Institutes for Research (AIR, Washington DC), NORRAG has started a ‘mapping’ of educational strategies for dealing with urban violence in selected cities in South Africa and Brazil. This initial mapping has shown that many youth programmes in education over the years have been linked to skills based training, with the idea that people engage in violence because they lack work, opportunities etc. These programmes have been mostly unsuccessful as youth often consider these programs as social and economic dead ends.  This leads us to the crucial question of the limitation of education interventions to redress major structural obstacles. How can we address the high levels of urban violence in Latin America without addressing inequality, both regionally and globally? How can we talk about a crisis of youth without talking of social and economic development with a human face, jobless economies and rampant consumerism?  These are the elephants in the room that surround youth and shape their responses.

The second theme was on the role of education in countering violent extremism (CVE) and while cloaked in generic definitions, was clearly focused on Muslim youth. While many initiatives focus on providing skills and economic opportunities, some focus on sports and extra-curricular activities, underpinned by the logic that ‘idle hands do the devil’s work’. Others focus more on the psychosocial, seeing the propensity to radicalization as linked to illness and insecurity – a pathology prone to react and triggered by certain events/contacts/experiences. These type of engagements seek to make at-risk participants see the error of their ways, the hypocrisy of the organisations or ideologies they follow and chart a path to ‘de-radicalisation’. While each type of programme captures aspects of the problem – both economic and psychosocial – by individualizing the issue to the ‘client’ they often tend to avoid the more complex interactions between agents and other agents, structures and society and the history of the issue. The elephant in the room is islamophobia, the West’s relationship to Saudi Arabia and the hypocrisy of the West itself and their CVE programme designers who avoid any notion that it might be ‘us’ responsible for the production of radicalization – from funding Mujahideen in Afghanistan when the Soviets occupied the country in the 1980s, using Osama Bin Laden as a recruiting agent, and funding and creating a hate curriculum to be used in in schools in the Afghan refugee camps along the Pakistan/Afghan border (funded by USAID and written by consultants from the University of Nebraska) – and that was just the beginning. From the later invasions of Afghanistan and Iraq, Abu Ghraib, to funding anti-Assad Sunni militias in Syria and a Shia-backed government in Iraq on the other – the West’s role looks more and more like an agent provocateur than a humanitarian intervener.  Both this hypocritical geopolitics and the thinly concealed islamophobia so prevalent in these education programmes are noticeably absent from critical scrutiny in the pedagogical content of these programmes.

While the grouping together of these two distinct themes at times felt a little forced, it did ensure that participants reflected both on the different dynamics of violence related to ‘Radicalisation’ versus ‘Urban Gang Violence’ and some of the commonalities both in understandings and responses. One thing central to this discussion is the question of understanding why youth join urban gangs or become ‘radicalised’ and the relationship between structural and psycho-social factors. The analysis matters precisely because programme interventions express this ‘theory of change’ through the types of practices they engage in. Many appear more geared towards pacifying youth and maintaining the status quo rather than addressing and redressing the social, economic, political and cultural challenges and obstacles that youth face around the world.

So at a time when the drums of war are beating, and when education and security – funding, policy and programming – are becoming increasingly intertwined let’s take a deep breath, look in the mirror, and reflect on the issues we are facing. Let’s think through how we got here, and where and how education might become a vehicle for social transformation, redressing inequalities and rebuilding hope.

Mario Novelli is Professor of the Political Economy of Education, and deputy director of the Centre for International Education (CIE), University of Sussex. He is also a “Scientific Advisor” to NORRAG. Email: m.novelli@sussex.ac.uk

Joost Monks is the Managing Director of NORRAG. Email: joost.monks@graduateinstitute.ch

Disclaimer: the opinions expressed here are those of the authors alone and should not be referred to as the opinion of ‘NORRAG’.

>>View all NORRAG Blogs on conflict and violence