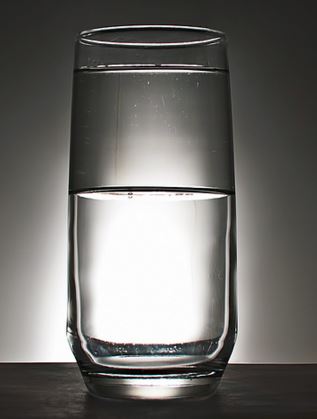 After the dust has settled on the somewhat arduous Sustainable Development Goal (SDG) setting process, we have finally arrived at a point at which the Transforming Our World: The 2030 Agenda for Sustainable Development has begun its ambitious journey. As unwieldy, unrealizable, confusing, vague, and numerous as it is, the proverbial dye is has been cast and the horse has bolted. So what do we do now? It is clear that as imperfect as they are (see related blogs on NORRAG NEWSBite below), they are for better (or for worse) the only ones we have. Notwithstanding its key challenges, and without being overly apologetic, simplistic and dismissive about critical shortcomings, there is a real case to be made for seeing them as a well-meaning and useful starting point to engage the development agenda. It is, after all, by its own admission an attempt in “…setting out a supremely ambitious and transformational vision”. It does define in a nutshell the importance of responding meaningfully to poverty, inequality and strife that essentially define our current condition. As such, it does represent a valuable tool in an attempt to respond to key priorities and challenges in the quest to make this world a better place.

With respect to technical and vocational education and training (TVET) especially, there is clearly much to be celebrated in the SDGs and equally much to be gained by embracing what it has to offer. It does provide the much-needed attention to the necessity of vocational skills development in national and global transformation in support of the goals of poverty.

Lest we forget what the MDGs forgot!

If we accept, as Michael Gerber, ambassador and special envoy for sustainable development of the Swiss Ministry of Foreign Affairs and Peliwe Lolwana, Director of REAL at Wits University, point out that more attention has been paid to TVET in the SDGs than had been paid to it under the Millennium Development Goals (MDGs), the task at hand, despite considerable misgivings is to make the best of this opportunity. While the MDG’s eight time-bound goals provided an important ‘first take’ at international goal setting, it also made clear that the actual achievement of the goals are perhaps less important than its quest. As the UN Secretary General noted in one of the MDG final reports: “Yet, for all the remarkable gains, I am keenly aware that inequalities persist and that progress has been uneven”. It would be presumptuous to suggest that the gains were only the result of the MDGs[1], but awareness of the need to respond to them by various national players cannot have been ignored.

TVET was clearly not on that agenda of the MDGs. Only one of the goals referred vaguely to TVET, that of, “promoting learning and life skills for young people and adults.” Little possibilities existed for the link between education, training and the economy, which meant that even in the quest for achieving employment outcomes contained in target 1b, there was little responsibility for the role of skills in enhancing this goal.

Also the fact that some notable progress had been made regarding net primary enrolment[2] and less with respect to employment,[3] says much about the development trajectory followed and the impact of the market when a key sector is left out.

The SDGs: There is more than meets the eye

Transforming Our World: The 2030 Agenda for Sustainable Development adopted on 25th September 2015 started its journey in 2012 as a result of the outcome document of the UN Conference on Sustainable Development (Rio+20 conference), which led to the establishment of the Open Working Group on SDGs and subsequent inter-governmental negotiations. The new development agenda with its 17 goals and 169 targets has the potential to redefine the way in which development is understood. By integrating the three dimensions of sustainable development (economic, social and environmental) around the themes of people, planet, prosperity, peace and partnership, there is a real possibility to continue to prioritize the fight against poverty and hunger, human rights for all and the empowerment of women and girls as part of the push to achieve gender equality, depending on where different countries are at in the developmental chain. Crucially, the potential exists to recognise that eradicating poverty and inequality, creating inclusive economic growth at the national level and preserving the planet globally are inextricably linked, and that the relationships between each of these elements are dynamic and reciprocal.

In the quest to see the glass as half full, the potential for securing the importance of TVET abound. The TVET storyline is ever present in the new SDGs. The education SDG is at the outset a testament to vocational and lifelong education. Not only does the title of the much touted education goal reinforce the importance of TVET in the entire education and training system, it is clear that the quest for ‘inclusive’, ‘equitable’ and ‘quality’ education with reference to ‘lifelong learning’ must provide an opportunity for TVET provisioning to be foregrounded.

While there are considerable challenges that need to be addressed, the key feature of a global agenda setting exercise is crafting that vision. It has placed TVET on the agenda. While we are not quite there yet, the policy basis for grassroots implementation has been secured. Global goals have always been, and still are, significant, for those that need to justify using them for various ends. But ultimately it is in espousing them that we have achieved much. As King reminds us, most governments are not waiting for global goals to be developed in order to address national development responsibilities. They are already underway. The global goals will give existing initiatives an impetus and direction, remind and cajole policymakers (and others) about their priorities and responsibilities in making their world a better one, underpinned by social justice, inclusion and a determined commitment to ensuring a better life for all.

Salim Akoojee is an international research associate and consultant, usually based between South Africa and Hong Kong. He is currently serving as technical specialist (knowledge management) at the UNESCO/UNEVOC Centre in Bonn (Germany). Email:salimakoojee@live.co.za

A longer version of this blog is available at the authors own website: http://eduvoc.org.za/

[1] We need to remember that the global economic context and China’s rise during this time had a powerful role in poverty reduction specifically.