By Fazal Rizvi, the University of Melbourne, Australia. 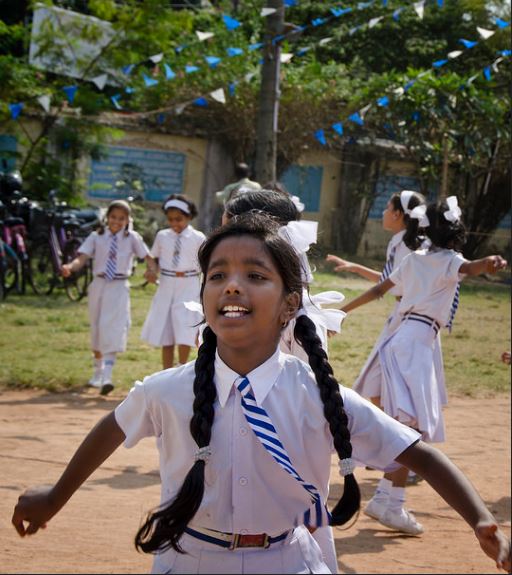 Over the past three decades, the idea of privatization in education has been widely embraced by countries around the world. Of course the ways in which they have translated it into policies and programs have varied greatly,[1] as indeed have been the reasons given in support of privatization. In a recent book, Antoni Verger and his colleagues (2016) describe various ways in which it has been framed and enacted in education (see earlier NORRAG blog on this). For example, Chile has pursued a drastic form of privatization, driven by deep ideological convictions, while in the United States and Australia it has taken a much more incremental form. In social-democratic welfare states, privatization has often involved public-private partnerships, while in low-income countries it has often been imposed upon them, through various structural adjustment programs.

According to Stephen Ball and Deborah Youdall (2007), privatization of schools can either be ‘exogenous’ or ‘endogenous’. Endogenous privatisation involves the importing of ideas, techniques and practices from the private sector in order to make public schools more business-like. In contrast, exogenous forms of privatization involve “the opening up of public education services to private sector participation on a for-profit basis and using the private sector to design, manage or deliver aspects of public education” (Ball & Youdall 2007, p. 5). Of course, exogenous and endogenous privatization can occur simultaneously, establishing market relations both within and across schools.

Just as forms of educational privatization vary, so do the arguments given to justify it. These arguments include the alleged monopoly and inefficiency of government services, the lack of public funds to meet the growing demand for these services, the importance of accountability and the need to give consumers a choice. Often these arguments are presented in tandem, leading governments to justify providing private operators public funding either as a direct subsidy as in the case of vouchers or through various tax deductions. The question of the extent to which public funding should complement private schools of course remains highly contested.

While educational privatization has now become embedded within the global policy space, it cannot be denied that it has also produced a range of unacceptable outcomes.  Many of these are more far-reaching than is often realized, in not only changing the nature of education but also in transforming education’s complicated relationship to social and cultural reproduction. Most notably, privatization permits the acquisition of knowledge and skills to be redefined in terms of human capital that can be exchanged in the market.

This undermines education’s traditional relationship to the public good. Privatization policies chip away at the role of education in developing and sustaining communities, building social cohesion and encouraging social solidarity. When people are encouraged primarily to look after their own economic interests, their concern for fellow human beings inevitably diminishes, eroding the very foundations of ethics. Insofar as privatization policies are predicated on the assumptions of self-interest, they risk generating unsustainable patterns of social inequality. While inequalities have always been a component of educational systems, privatization policies extend them, by institutionalizing access to various educational opportunities based on the ability to pay.

Nor does education privatization invariably improve the quality of educational provision, as is often claimed. On the contrary, recent research indicates no clear advantage in academic achievement for students attending private schools. According to Chris and Sarah Lubienski (2014), the evidence on charter schools’ effectiveness in the US is equally mixed. More disturbing however is the finding that private schools create the conditions in which social segregation is reproduced. In lower income countries, where the idea of low fees private schools has been widely championed (for example by Tooley),[2] the quality of instruction remains consistently low. A critique of many of these schools is that they don’t offer pedagogically enriching activities providing access to new technologies, science laboratories and secure environments.

In his recent book, The End of Public Schools, David Hursh (2016) has shown how privatization policies undermine democracy. He argues that public schools were created as learning communities that supported the development of trusting and caring relationships. In private schools, in contrast, where students are viewed as customers and parents as shareholders, this democratic function of education is necessarily diluted. In the end, privatization policies embody a different view of society in which individuals are encouraged to compete for scarce resources, and in which market defines the nature of social relationships.

These objections to educational privatization are compelling and therefore demand serious and thoughtful attention. At the same time, however, it cannot be denied that recent privatization initiatives have assisted greater access to education around the world, in ways that would not have been otherwise possible. Private investment in education has been helpful, for example, in realizing UNESCO’s ambitious plans for universal primary education articulated in both Education for All and MDGs. Across higher levels of education, privatization policies have helped build demand, and created the possibilities of participation for previously excluded populations.

Given the rapid rise in student demand for education around the world, an educational system that is funded exclusively through the public purse does not therefore appear any longer to be a realistic option—especially in view of the inability or disinclination of most nation-states to fund educational expansion through taxes.  Some degree of privatization thus appears inevitable. If this is so then the question is no longer whether private investors should be allowed in education, but to what extent and how should their activities be regulated, and to what end.

The global trend towards educational privatization is accompanied by some serious problems for individuals and communities who find themselves on the wrong side of social hierarchies.  The ideology of the market necessarily produces winners and losers. However, as Robert Reich (2015, p. 218) has noted, there is nothing inevitable about the market: “we need not be the victims of the market forces over which we have no control”.  Markets are based on rules that human beings create; so the questions become ‘which rules’, ‘for what purpose’ and ‘whose interest’. The coming challenge, Reich insists, is not an economic one, but that of democracy. It is not about the freedom of the market or the size of government, but how we determine what government is for and for whom.  The central choice is not between the market and the state, but around the question of how the relationship between the two should be conceptualized so that it delivers broadly based prosperity and benefits rather than delivers all the gains to a few.

In an era of expanding demand for education, few states have the resources to fund education on their own. They need the private sector to help out. The input of the private sector can bring great benefits to educational systems. However, for these benefits to reflect broadly based interests of the communities and the public good, privatization needs to be democratically controlled—to be tamed in a manner that preserves education’s traditional purposes of community building and working towards social cohesion and solidarity. In achieving this goal, the role of the nation-states cannot be allowed to ‘wither away’ against the encroaching power of the markets. Instead we need to develop rules and systems that ensure that privatization of education does not end up favouring the corrupt, the already privileged and the few, rather than everyone.

[1] Though not the focus of this blog, it is known that the private has been for decades intimately involved with the public through the phenomenon of shadow education – from Japan, to India, and from China to the UK (Blog Editor).

[2] Of course, private, English medium schools are widespread in India, West Africa etc regardless of Tooley.

This blog entry is based on a longer paper published by UNESCO: Rizvi, F. 2016. Privatization in Education: Trends and Consequences. Education Research and Foresight Series, No. 18. Paris, UNESCO.

Fazal Rizvi is a Professor at the Melbourne Graduate School of Education, at the  University of Melbourne, Australia. Email: frizvi@unimelb.edu.au

>> View all NORRAG Blogs on  privatisation of education