By Birger Fredriksen, Results for Development and former Director of Human Development for Africa in the World Bank. 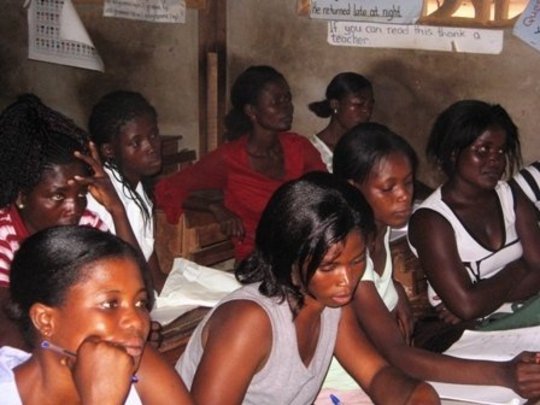 I agree with the importance Minister Holmås gives to education equity. There are many reasons why the increasing inequity in education is an important and growing concern. Apart from access to good quality basic education being a human right, it is a well-documented fact that it is also a pre-requisite for multiple aspects of development, ranging from inclusive economic growth, improved family health conditions and empowerment of women to more cohesive, equitable and democratic societies.

The question is: If this is so, why are so few both national and donor resources used to address the needs of those who have been denied access to basic education?  True, rapid increase in national and donor funding over the last decade has permitted a remarkable progress in access to primary education.  But very few resources have been devoted to providing second-chance programs for those who have already missed out on primary education, either because they could not enter or dropped out prior to completing the cycle.  Similarly, little is done to provide Early Childhood Care and Education (ECCE) including pre-primary education to poor children to increase their chances of entering and/or completing primary education (e.g., the enrollment ratio in pre-primary education in Sub-Saharan Africa (SSA) is only 17% and the provision is  largely in urban areas serving higher income groups).  Most of the children of primary school age who are still out of school are from poorer households and marginalized groups, and more than 40% are in conflict-affected countries.

The large number of youth who already missed out on basic education, or who will miss out in the future, are from groups who have little political clout — children in poor families who for economic or other reasons cannot enter school, illiterate rural women, and children who had to drop out to work — while those demanding entry to secondary and higher education can actually bring down governments.  My concern is that, given the many demands on government budgets, political economy factors may drive governments in some poor countries to make education budget trade-offs in the future that even more than in the past will favor the latter groups over the former. However, doing so will have serious negative long-term effects, including the following:

i.            Neglecting young children is a huge strategic mistake: Extensive research — by economists, public health specialists and neuroscientists — shows that investing in ECCE yields high social and economic returns and that the poor are the ones that will benefit the most. The returns include improved quality and equity in primary education, greater social mobility and more equal life chances. As noted by the editorial of a recent issue of The Lancet: “Neglect of young children most in need is an outrage – and a huge strategic mistake. Focusing on reaching these children is not only the right thing to do, it is a highly cost-effective investment that countries can and must make for their long-term growth.” (The Lancet, Volume 378, Number 9799, October 8-14, 2011, p. 1277).

ii.            Neglecting education of girls and women causes a huge loss in economic growth and family welfare: Research also shows that educating girls and women starts a strong intergenerational virtuous circle by enhancing women’s empowerment and voice in the family and society; improving family welfare, including child health and nutrition; lowering fertility rates; and increasing female labor force participation rates and productivity. Still, almost half of adult women in SSA and South Asia — and about 1/3 of those aged 15-24 years — remain illiterate.  Little has been done over the last two decades to provide adult literacy programs and “second chance education” for youth who missed out on primary education.  Since girls account for the majority of such youth, in the absence of urgent action, female illiteracy will remain high for decades. This represents a large missed growth potential given the dominant role women play in the rural and informal economy, especially in SSA.  It is also a huge welfare loss since women’s work is closely integrated with household production systems, and the income earned by women is more likely to be used for the benefit of the family, providing children’s food, clothing, health services and education. Finally, vigorous action to provide “second chance” programs for, especially, young illiterate women will help speed up the decline in fertility and child mortality rates as well as accelerate the demographic transition in SSA since, in the absence of such programs, a large percentage of future children will continue to be borne to illiterate mothers.

iii.            This could mean a major constraint on social mobility.  Human capital is often the only capital the poor can acquire. Therefore, the lack of progress on the neglected EFA goals (ECCE, quality, female literacy) has a disproportionate large negative effect on the life chances and social mobility of the poor.  For example, as shown in the 2007 EFA GMR, the children who would benefit most from ECCE programs are the least likely to get ECCE services. In a wide-ranging review of strategies for reducing inequalities and improving developmental outcomes for young children in low- and middle-income countries, the above mentioned issue of the Lancet (2011) concludes that: “Unless Governments allocate more resources to quality early childhood development programmes for the poorest people in the population, economic disparities will continue and widen” (p. 1339). Similarly, those who remain illiterate are predominantly poor women in rural areas. The poor provision of female literacy and “second chance” programs is partly due to a misconception that cost-effective programs are not available. They are; for example, UNICEF has sponsored many successful second-chance programs.  Rather, it is an “inconvenient truth” that the neglect of these groups – by countries and the education aid community — often reflects their low political voice.

It might be understandable (though it is poor policy) that political economy factors may drive governments in some poor countries to make education budget trade-offs favoring groups with stronger political voice. But for donors to make similar aid allocation trade-offs – especially if poverty reduction is their top aid priority – suggests a need for more evidence-based and strategic use of education aid.   For example, the 2006 GMR (focusing on literacy) shows that literacy programs receive a “…mere 1% of education budgets in many countries” (p. 17) and the 2007 GMR (focusing on ECCE) shows that, on average, donors allocate to early childhood education only about 2% of what they allocate to primary education (data for period 1999-2004, p. 187).

A shift in aid priorities in favor of the neglected EFA goals would have several benefits. First, it would play to the comparative advantage of aid in helping countries develop sustainable policies in areas such as ECCE, adult literacy, addressing early dropout, and effective “second-chance” programs. Second, since Governments spend little in these areas, it would help promote aid additionality in priority areas rather than substitute for domestic funding.  Third, it would help enhance the impact of aid on poverty, equity and social mobility.

Such a shift in aid priorities may be more difficult if the recent stagnation in the overall volume of education aid were to continue.  However, even in this case, a gradual reallocation of existing aid to help poor countries rapidly address the legacy of education inequity, caused by past slow progress towards quality basic education for all, would represent a more strategic and poverty-focused use of education aid.

It would be extremely helpful if Norway could take the lead in such an effort, building on the country’s stellar past track record as a donor giving high priority to basic education (about 2/3 of its education aid in 2009 and 2010) and strong support over the last two decades for girls’ education; including through global programs managed by agencies such as UNICEF and the World Bank.

Birger Fredriksen is a Senior Advisor, Results for Development, and a Former Director of Human Development for Africa in the World Bank. Email: birger.j.fredriksen@gmail.com