This is the second blog post that relates to a meeting on‘Education: Equity and Learning for all – looking beyond 2015’, organized by Save the Children in Oslo on 20th November, 2012. The first blog post, by the Norwegian Minister of International Development, Mr Heikki Holmås, can be read here.

At this debate, I was asked – along with Norway’s Minister of International Development, Heikki Holmås – to engage with several topical debates relating to education post-2015. In this blog I outline my reactions and thoughts to the issues discussed.

The first of these topical debates relating to education post-2015 was our views about the greatest education inequalities today, and how a new development framework should address these. 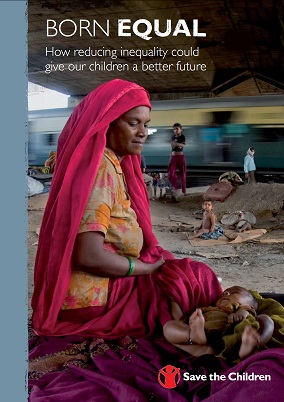 There are so many very different dimensions of educational inequality. But let me start the other way round with some powerful evidence about a key factor in educational equality. Some societies particularly in East Asia, believe that ALL children can make it, provided that they work hard This belief translates into successful public education systems. These are good examples of the cultures of self-help rather than of aid dependency that the Minister talked of. Arguably, however, this very fervent and widespread desire for successful educational achievement has also spawned a vast shadow education systems offering private coaching after school and even at weekends. They illustrate a massive culture of educational achievement and competition (see Mark Bray’s blog on NORRAG NEWSBite). But they can exacerbate inequalities in education.

By contrast, in many other societies, those with money, including those running the education system, put their own children into high-cost private pre-schools and private primary schools in order to benefit later on from good quality, low-cost public secondary schools or from public universities. This happens in many developing countries, both low- and middle-income. The Minister stressed that this did not happen in Norway. It does happen in the UK where it was argued in an article in The Times of the same day as the seminar that ‘nearly 80% of the people who effectively run Britain attended fee-charging or selective schools’ (The Times, 20th November 2012, p. 4. Hyperlink is pay per few unfortunately).

One result of this elite preference for private education can be a neglect of the public primary school system. This in turn has led to another phenomenon  which has been spreading very fast in poorer urban areas, and that is the low-cost English medium private school. These too are evidence of a desire by the poor for better education than is now available in the public sector. But the poorest of the poor cannot afford even low-fee schools. Given that nine out of ten primary school children in developing countries attend public sector schools, the key policy priority should surely be to improve their quality and accessibility rather than to channel government funds, or aid moneys, into private schooling, even if it is low-cost and attended by some of the poorer members of society. But when the political elite is personally involved with private education, who will police the policy-makers?

There are three other education inequalities to note from the GMR of 2012: first, there are still 61 million children of primary school age who are not in school. Most of these are in 29 countries, half of these in sub-Saharan Africa. Important to note that these are not all poor countries. But there will be no magic bullets for those still out of school – these are the most marginalized, over 40% of them in conflict or post-conflict countries. Many are disabled. These last millions will be the hardest and costliest to enroll.

The second inequality is that 775 million adults are still illiterate. These too will be very difficult to reduce in number for it is not just a question of one-off literacy campaigns. The reality is that many of the 775 million have actually been in school, but they have either not retained their literacy (think of our schoolboy French or school Latin), because there has been no literacy environment surrounding the school to reinforce it.

The third global inequality is that there are some 250 million children who are failing to be able to read and write by grade four.  These three figures produce the iconic number of over a billion people young and old who have not gained or retained foundation skills.  So, the challenge for 2015 is this billion and not just the 61 million who are out of primary school.

What action can be taken on education inequities? Countries need disaggregated data on educational inequities. They then need political commitment to adopt equity goals that deliberately target the differences between the richer and poorer sections of the population, rural and urban, male and female, majority and minority language speakers etc. See Save the Children’s  Born Equal (2012) for suggestions. But external analysis of these issues could be much resented as interference in internal affairs. Note that this is not a low-income country issue, but many millions of our one billion with no functional literacy are in middle-income countries.

Learning and education outcomes: a hot topic in the post-2015 debate?

The second question was that learning and education outcomes have become a hot topic in the post-2015 debate. How can we approach this challenge and how develop new global targets for education? 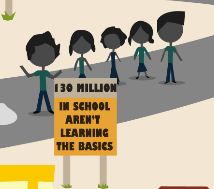 The UNESCO EFA GMR 2013 will be on Teaching and Learning

Recently, there has been a growing concern that despite increasing access to primary schools, children are not learning enough – including some of the billion we just referred to. Much (though not all) of the discovery about lack of learning in the developing countries has been led by Northern scholars and aid agencies. Dramatic accounts of there being very minimum achievements in language, maths and science are appearing very regularly. [See the Minister’s blog mentioning that 94% of children in Mali at Grade 2 could not read a single word.] These widespread external accounts of little learning may be highly unpopular and politically sensitive in many countries. But we need to remember that in many countries these key competencies are being assessed by children in a language other than their mother tongue, and by teachers not using their mother tongue.

What about measuring quality? We need a goal that is easily understood like Swedish youngsters, several hundred years ago, having to be able to show they could read and understand Luther’s Catechism before they could be confirmed or allowed to marry. A very simple but compelling learning target!

It is probably no accident that the MDGs of 12 years ago didn’t include quality, and just mentioned Universal Primary Education. The Global Monitoring Report (GMR) has been looking at the 6 EFA Dakar goals for a full ten years but in the GMR of 2012 they are still using proxy indicators for quality: survival rate to grade 5, and pupil/teacher ratios.

What simple Learning Goals for post-2015 are currently being promoted?  One is that all pupils should be able to read with comprehension at grade three. It sounds simple but what impact would this single goal have on all the other primary school subjects? Second, what about a zero target for illiteracy? It is high time to be concerned with this huge population. But how could that be done in a way that is truly sustainable – so that literacy is not only acquired but utilized? A third approach, promoted by the GMR of 2012, is that there should be a global target of universal lower secondary education of acceptable quality. All of these three options sound simple but they each involve very careful assessments if they are to justify the very large costs.

The critical challenge remains whether any post-2015 learning goals are going to be universal, for both North and South, how they are to owned by the South, and how they are to relate to existing national systems of testing and assessment.

A third question relates to whether we see the processes of both post-MDG and the post-EFA goals coming together in the post-2015 debate.

I would suggest, firstly, that one very powerful reason for emphasizing the crisis in learning is that there is a view that the Education MDGs of UPE and gender parity have almost been met. Hence there may be no need for a post-2015 Education goal. However, if Education did not appear in any post-2015 development agenda, it could be very dangerous for the funding of education in development agencies, and in the international and national NGOs. It would also be a very grave outcome for UNESCO, and for the future of the six EFA goals.

Even though it may seem that there are far too many meetings and discussions about post-2015, it can be partly explained by the possible impact of any new MDGs on future aid funding. Post-2015 is almost becoming a global competition amongst sectors. This is why it may be quite important for the Thematic Consultation on Education to be launched, because as of today (27th November 2012), the only two themes not yet launched out of the total of eleven are Education and Energy.

So, on the one hand, it may seem urgent that the international education community become more focused, as there are currently far too many different options and proposals on the table.

On the other hand, there are still almost three years to go before the deadline of 2015. The High Level Panel on Post-2015 has only just had its first substantive meeting. And by far the most important issue of any is that the very great majority of those debating post-2015 are based in the North. Many of these are actively consulting the South. But the key issue if we are to achieve what the Minister terms global participation and global ownership of any new goals is to stand back a little, and listen carefully to what the South is actually saying and also what they are not saying about these post-2015 futures.