By Robert Palmer and Kenneth King. 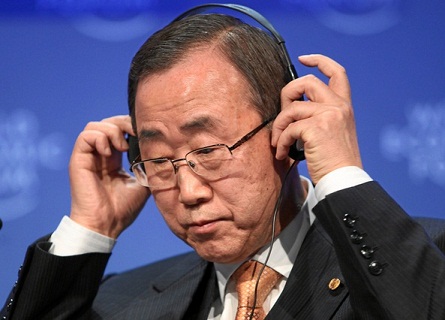 Listening hard to all the evidence presented

As we approach the end of 2013, we can look back on the tremendous flurry of post-2015 activity that has taken place over the last 12 months (and more). We have seen various formal post-2015 engines turn on and come up to full power; some have already reached their destinations, others still have more distance to travel. We have seen civil society and lobby groups edging around these formal processes and trying to influence the direction they have been heading in.

The case for the post-2015 development agenda to be an evidence-based agenda has been made repeatedly by some of the key UN reports of 2013; the role that data and evidence should play in the design, measurement and monitoring of the future agenda is often mentioned. But to what extent are current proposals evidence-based? What evidence are they drawing on or emphasising?

There have been a wide number of post-2015 goal and target suggestions that relate to education and skills, and there has been a strong consensus on the importance of having an overall education goal.

But what evidence is presented to justify the inclusion of education as a main goal, or a focus on a particular educational issue, level or type? Where evidence is used, how is it used? Is it stated as a proposition or ‘fact’? (e.g. “primary education increases agricultural productivity”), or is any evidence actually alluded to or cited? What was the stock of knowledge drawn on, and what is not? What kind of evidence is referred to; e.g. experiential evidence (based on MDG implementation or other prior experience), evidence from studies, experiments?

Exploring the evidence-base of the education and skills goal and target proposals is the subject of a new Working Paper by NORRAG (December, 2013). Below we highlight one aspect of this paper; the use of evidence by the UN-related education post-2015 processes: we review the use of evidence in the key institutional proposals made by the UN High Level Panel Report in May 2013, the UN Sustainable Development Solutions Network (SDSN) Report in June 2013, the UN Global Compact Report in July 2013 and the UN Secretary-General’s Report of September 2013. We also look at the education-specific institutional proposals including the education thematic group report of the SDSN in September 2013, the UNESCO-UNICEF September 2013 report of the global education thematic consultation, the September 2013 UNICEF Key Messages on the Post-2015 Development Agenda, and the November 2013 UNESCO Director-General position note on the post-2015 education agenda.

Stand-Alone Education Goal Proposals and the Use of Evidence

The most common evidence-base referred to by all these institutional proposals was the association between education, skills and employment/work. This is perhaps not surprising given the current global economic climate and high rates of un- and under-employment globally. The UNSG report, for example, noted that ‘relevant education and skills training’ can ‘promote… decent employment’ (p.14). The SDSN report that education ‘can improve job prospects for individuals’ (p.12). The HLP noted that ‘workers with the right skills is one of the key determinants of success for any business’ (p.36). For the UN Global Compact report, this association between education and work (‘it is a pathway to better-paying and more productive jobs’, p.7)) was perhaps the most significant justification in their inclusion of an education goal and ‘also an area where business leaders feel they can make a difference’ (p.8). The UNESCO and UNICEF proposals noted the link between (especially vocational) skills and the work agenda. While all proposals asserted there to be a strong relationship between education, skills and employment, none made reference to a specific evidence base, experiential or from research studies.

The connection between education and economic growth was noted by several reports, including the UN SG report, both the Sustainable Development Solutions Network (SDSN) reports, and by UNICEF. While the UNSG report and main SDSN reports just contained statements like education can ‘raise economic growth’, no actual evidence for this was cited. The education thematic working group report of the SDSN cited evidence of a link between education and economic growth; they noted that ‘investments in large scale public education have nurtured and sustained economic growth’ (p.8) and then go on to mention that evidence of this can be seen in East Asia and is ‘widely discussed in the development literature’. Similarly, UNICEF cited an over ten years old rate of return study which claimed that ‘a one-year increase in the mean years of schooling has been shown to be associated with a… higher growth rate of 1 percentage point’ (p.6). The other institutional proposals from the HLP, the UN Global Compact or UNESCO did not make explicit reference to a link between education and growth.

Education as a human right

Across all but one of the institutional proposals made, there is agreement that an education goal is justified on the grounds that education is a human right. Only the High Level Panel report and the Education Thematic report of the SDSN specifically cited human rights declarations/conventions. The UN Global Compact (2013) report was the only one not to justify the need for an education goal on the grounds that education is a human right. Of course, the extent to which education as a human right is itself research based is less clear; but it is of course a very widely accepted principle and not one we would disagree with or one that we believes needs to be justified by evidence.[1]

One of the implicit concerns running though our Working Paper #6 has been that the process of determining goals and targets may be more driven by politics and sound-bites rather than real evidence.

Some are certainly of the view that ‘development goals, the focus of the post-2015 debates, are political, consensus-based and non-specialist derived. They are based in implicit theories-in-use… and are only very loosely evidence-based’.[2]

If education beyond 2015 is to figure prominently and authoritatively in the world’s development agenda, then it is high time that a coherent, evidence-based statement on education and skills was available to all those taking decisions in other fora such as the OWG in the next few weeks and months.

This blog is based on Working Paper #6: Education and Skills post-2015: What Evidence, Whose Perspectives?, by Kenneth King and Robert Palmer (December 2013)

[2] McGrath, S. (2013) The Post-2015 Debate and the Place of Education in Development Thinking, paper for the UKFIET Conference, Oxford, September 2013. Forthcoming in the International Journal of Educational Development (IJED).