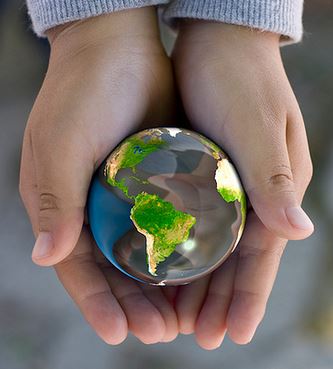 Government is a funny thing. Sometimes it stands as the defender and protector of the vulnerable, and sometimes it is the perpetrator of all manner of injustices. We expect marvels from the state, and at the same time we find all kinds of ways to belittle it.

Having said that, it has always seemed to me that the provision of education really is the state’s role. Curriculum content is supposed to reflect and reproduce national identity and values; the formal education experience is supposed to build well informed and productive national citizens. That is not how it always turns out, of course, and in fact the language development organization I work for spends a great deal of effort on advocacy with education authorities on behalf of those whom the state seems to be ignoring.

But something odd is happening in education.  Rather than supporting and strengthening the state’s ability to provide quality education for its citizens, we now see significant international power brokers supporting the notion that education provision can and should be open to “the market”. Private education provision is a major income source in the African country I live in, even as the public education system struggles with issues of quality inputs and quality outcomes. But moving responsibility for shaping the nation’s future citizens from the state to private, for-profit institutions is disquieting, especially given the hegemony of economic globalization around the world. When the OECD becomes a global arbiter of educational quality (with the promotion of PISA worldwide), the most important aspects of children’s learning are trivialized – swept aside in favor of the dubious promises of “education for economic growth”.

Hence we see the move from government to governance, where the state’s role is increasingly about regulating what everyone else is teaching the nation’s kids. Without denigrating the importance of private education in many countries, this move towards seeing education as a profitable transnational business, unlinked in any meaningful way to national goals and local civic realities, is scary. The for-profit motive is relatively amoral, unconcerned with the rightness or wrongness of what it does – and such a motive is all right in its place, but not when you want to build a sense of ethics, civic responsibility and national identity into the children of the nation.

What makes it worse, I think, is the notion that a ‘global’ approach to education is actually going to serve the children of the educationally, economically, socially, and culturally marginalized. What we see instead is that ‘global’ priorities are readily taken on by national elites, but the “masses” are left behind. It is far too easy to look at a society and only see the people who are easiest to relate to, those who are familiar already with the ‘global knowledge’ on offer, those whose clothes, manners, language fluency and IT-literacy make them comfortable to work with.  But the uncomfortable fact is that these elites do not represent more than a tiny fraction of the population. In some quarters the notion of “humane” global education governance is being mooted. But how humane can global governance be, if by its very nature it ignores or denigrates the local educational realities of most of the Global South?

So it seems that global education governance is a great idea, if you are a global power player. If you are not, then maybe not so much. And when it comes to education, the people need a provider whose bottom line is accountability to society, not to the profit margins of investors. Any of us who engage with educational governance at the global level need to keep that fact front-and-center.

Barbara Trudell, PhD is the director of research and advocacy for SIL Africa Area.  She has lived and worked in Africa since 1993. Her association with NORRAG began in 2002, as NORRAG’s first “assistant for development”. Email: barbara_trudell@sil.org