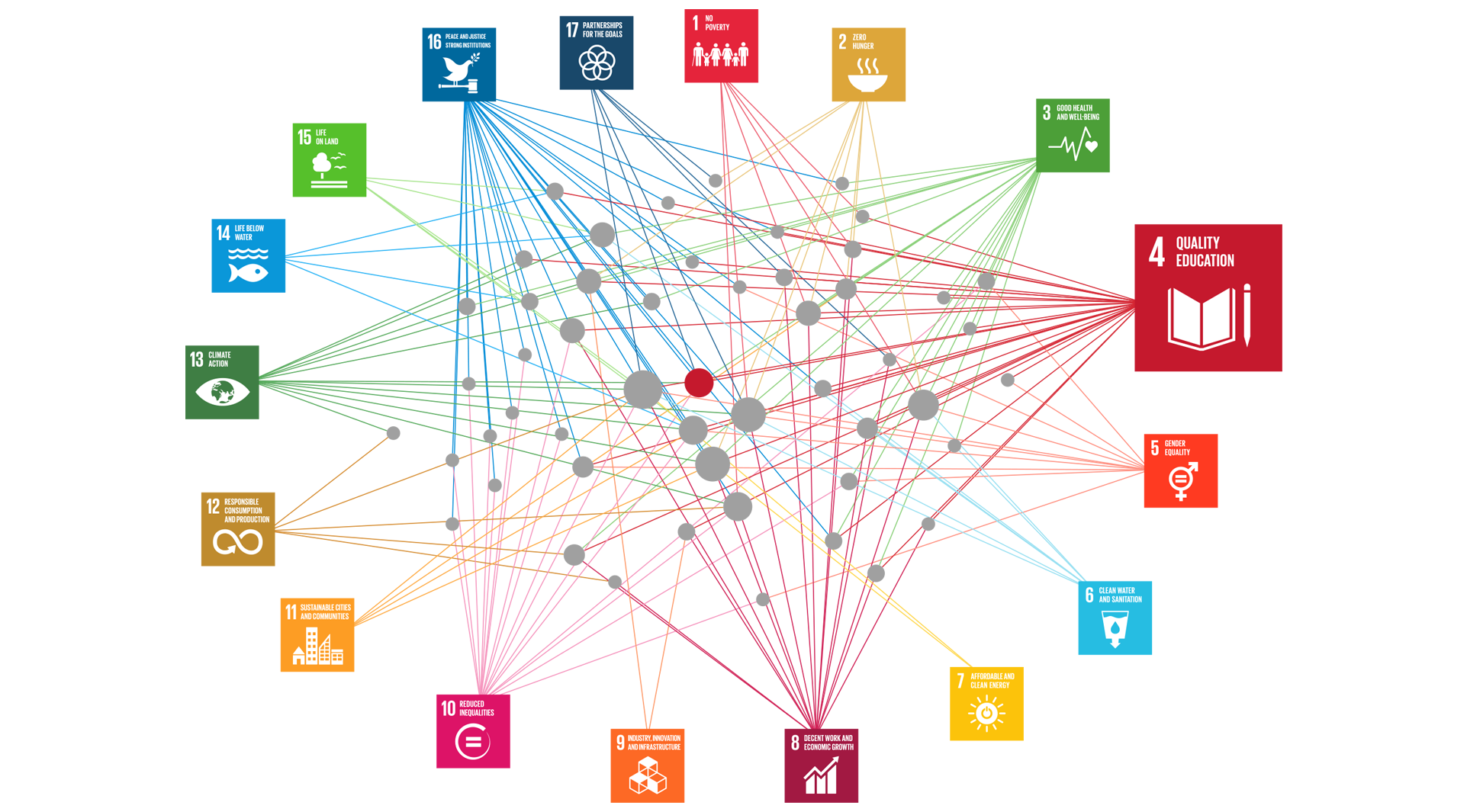 The goal of the event was to develop an understanding of the ecosystem of international cooperation for education located in Geneva, and the intersectoral connections across climate, health, work, and many other sectors. At the event, a system mapping study conducted on the education ecosystem of Geneva was presented, revealing the hidden obstacles, untapped connections, and potential leverage points of this complex ecosystem.

Introduction to the project and initial findings

Moira V. Faul, NORRAG Executive Director, began by introducing the project and its initial findings. The starting point of the project is to uncover the potential of systems approaches to bring change in international development and education. Moira remarked that this approach is an answer to the increasing complexity the world is witnessing, as education exists in a complex ecosystem that includes many other issues.

The project focuses on International Geneva, with the goal of assessing what barriers and enablers exist to international cooperation. Based on these findings, systems practices that improve education can be developed. The organisations that were included in the sample are all part of International Geneva and mention education in their mandates. The project included 35 interviews with different organisations, with the goal of understanding how they collaborate with one another and what meanings they ascribe to these collaborations. Respondents described the system as fragmented, with obstacles related to funding, time constraints and urgency-driven agendas. Enablers such as ease of access to other organisations, desire to cooperate and a shared language rooted in the SDGs were also highlighted.

After the introductory remarks, Indy Johar, Dark Matter Labs Founding Director, focused his presentation on the major shifts happening in the world and their effects on education. Issues related to climate change, displacement and economic crisis were emphasised, asking what the strategic role of education is in tackling these major changes. Indy pointed to the need for systemic change, as the world is heading towards a significant phase change that requires an orientation towards planetary-level solutions and a change in the ways in which humans relate to the world. In this context, International Geneva is well positioned to take forward such an agenda.

Adam Purvis, Dark Matter Labs Project Lead, then took the stage to present the system mapping analysis that was carried out. By mapping the education ecosystem the root causes, interdependencies and drivers in that system are highlighted, redefining the problems that the ecosystem is supposed to address. He argued that it is necessary to build capacity for the ecosystem to thrive, in order to uncover deficits and build shared knowledge for a common mission. Adam argued that the education ecosystem in Geneva is already mutating, setting a challenge for stakeholders to change its future direction in ways that will have a positive impact.

Finally, Yao Ydo, Director of the UNESCO International Bureau of Education reflected on the main challenges that International Geneva is bound to face in the future. He emphasised that collaboration within this system is not reaching its full potential, as a common understanding on how to tackle these challenges is yet to emerge. Better solutions and approaches must be developed through increased collaboration and novel approaches.

In the concluding remarks, Chanwoong Baek, NORRAG Academic Director, offered an overview of the work of NORRAG, which is celebrating its 45-year anniversary. The NORRAG network brings together more than 5,600 members, from 178 countries. NORRAG’s strategic activities are to produce, disseminate and broker critical knowledge to build capacity for and with a wide range of stakeholders. Projects such as The South Also Knows aim to give voice to experts from the Global South, reversing the North-South asymmetry in expertise and decision-making. He then presented the social systems map that allows NORRAG members to map their existing connections and establish new ones. Lastly, he presented the upcoming open access book in the NORRAG Series in International Education and Development, with a new fourth volume Systems Thinking in International Education, forthcoming in January 2023.

The public event was followed, the next day, by a strategic policy workshop for key actors in International Geneva, looking at the potential of systems mapping to uncover leverage points in Geneva’s education ecosystem.

If you have not registered as a NORRAG Member yet, please register at the following link in order to receive member benefits and link to people who share your interests.