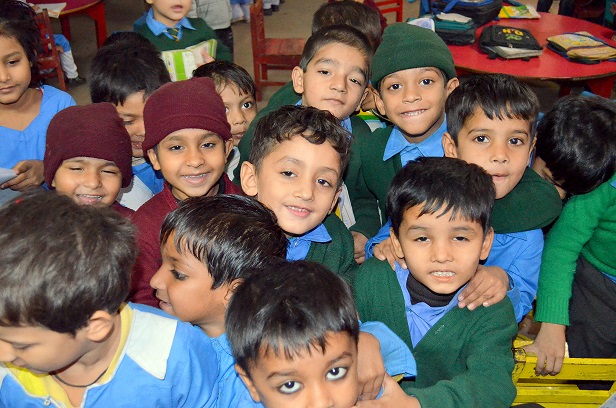 The recent upsurge in research on the development of a child’s brain underscores the need for greater attention to early childhood care and education, especially in developing countries. Studies (Cunha et al., 2006, and Heckman et al., 2010) reveal how a child’s brain develops at a surprisingly rapid rate during the early years thereby laying foundations for lifelong development. Early childhood education helps level the playing field for disadvantaged children as they enter primary school, empowering them to be confident and successful in later education and employment.

The recently agreed Sustainable Development Goal (SDG) on education, that Pakistan has committed to, makes reference to the importance of early childhood education:

Goal 4.2: By 2030, ensure that all girls and boys have access to quality early childhood development, care and pre-primary education so that they are ready for primary education

Being part of such global education commitments and following Article 25-A of Pakistan’s Constitution on the Right to Education, Pakistan included at least one compulsory year of early childhood education in its National Education Policy and developed a National Curriculum for Early Childhood Education (ECE). However, the ECE goals were farfetched. By the end of 2015, ASER Pakistan found that the proportion of children between 3-5 years who were out of school was 61% in rural areas and 42% in urban areas. In rural areas, 51% of early childhood provision is public, compared to 58% in urban areas.

Evidence from ASER 2014 data shows that Pakistan faces a two-fold challenge – access to early childhood schooling and the long lasting effect it has on the learning abilities of a child. This blog explores the impact of socio-economic conditions upon the enrolment of children in pre-school and explains the preparation of children for transition from pre- to post- primary.

Disadvantage at the Start: Early Childhood Access along Socio-economic Lines

Over 60% of children are not enrolled in any pre-primary program in rural areas – with a large proportion being out of school at ages 3 and 4 – the crucial early years of development for millions of young minds. This problem becomes more pronounced when it translates into poor learning levels in primary classes at school.

The above analysis articulates the urgent need for action to be taken at the national level to promote learning of children from early age for building lifelong learning skills with emphasis on the most marginalized. It also illustrates the challenge of living up to the SDG 4 ambition.

Huma Zia Faran is working as the Deputy Head of the Annual Status of Education Report Pakistan. She has been engaged with large-scale household based assessment since 2011. Her major areas of interest include girls’ education, quality of learning, rural-urban education disparities, early childhood education and education along socio-economic lines. Email: humazia3@gmail.com

>>View all NORRAG Blogs on the Education Sustainable Development Goal