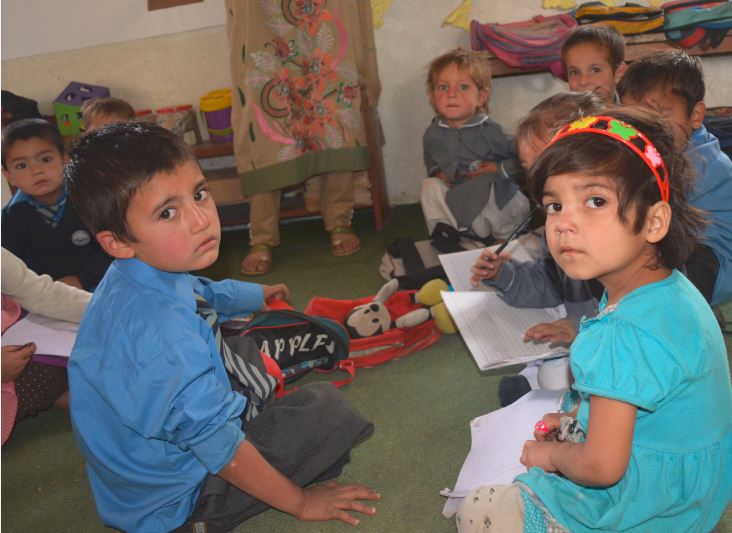 The 17 Sustainable Development Goals (SDGs) are a set of all-encompassing goals promising to strive for a world that is equitable and inclusive, thereby to benefit ALL children and future generations without the discrimination to age, sex, disability, culture, race, ethnicity, origin, migratory status, religion, economic or other status. The SDGs and framework are indeed ambitious, and for education carry a sector wide approach and underscore the importance of the Right to Education, Equity, Inclusion, Quality and Lifelong education leading to sustainable lives. The terms “lifelong education and sustainable learning” create synergies with other SDGs and indicators linked to education such as poverty, health, nutrition, gender, social justice, climate change, and infrastructure.

Over the past fifteen years, governments have been seen only taking the responsibility of formulating and implementing strategies aimed at ensuring that all children are enrolled in schools. Despite significant progress in getting more girls and boys into school, the most pertinent question is whether children who are able to access schools are also acquiring the skills that will equip them to lead productive and meaningful lives. Although most developing countries have introduced national examinations and/or assessments to measure children’s progress in learning and some also participate in regional or international assessments, these assessments have not generated the same level of accountability for learning as there has been for enrolment.

Keeping this in mind, another model of assessment—which is led by citizens rather than governments in 9 countries, done in households rather than schools, and which measures whether or not children have mastered the fundamental building blocks for learning—is helping to fill existing gaps in accountability for learning outcomes.

In highlighting the severity of learning crisis in children’s foundational skills, citizen-led assessments such as Annual Status of Education Report (ASER) in Pakistan will help to ensure that the Post-2015 SDGs do not repeat the mistake of the Millennium Development Goals (MDGs) and assume that access and completion of primary and lower secondary would lead to learning (Results for Development, 2015). As the data is collected at the household-level, they have made an important contribution to better measuring and understanding gaps in equitable learning that otherwise would go unnoticed and also have reached out to the most marginalized segments of the society. The empirical study conducted by using ASER data set and presented at the UKFIET Conference in September 2015 demonstrated the impact of wealth status of households on the learning levels of children and thus leading to growing inequalities.

Stark Differences in Enrollment and Learning

The ASER Pakistan (2012, 2013 and 2014) data set highlights the appalling access and gender disparities created in terms of enrollment and learning levels because of differences in wealth status. Talking in terms of access, a large proportion of households were not able to send their children to schools at all because of poverty. The results reveal that the richest quartile has the highest percentage of children enrolled (85%) whereas the poorest quartile has the lowest enrollment rate (59%). A strong correlation between wealth and enrollment is established as we move along the wealth index. Moreover, males and females belonging to the poorest quartile are particularly disadvantaged depicted by the lowest enrollment rates. The highest enrollment of males and females is again in the richest quartile (87% and 83% respectively). The most alarming trend is that of female’s enrollment which not only decreases across all quartiles but also is lower than the enrollment rate of male population.

The data further reveals that the poorest quartile has the highest level of children enrolled in government schools (77%), whereas the remaining 19% of the children are enrolled in private sector schools. On the other hand, the richest quartile has the highest number of children enrolled in private schools (53%) and the lowest percentage of children in government schools (46%). Wealth is thus found to be influencing the type of school chosen by households. Though a number of low fee private schools exist in the country, they are still more expensive than their public counterparts and thus are not affordable for all income quartiles.

Given the bleak picture portrayed by the disparities in enrollment according to types of schools, a similar image comes to light when the “learning levels” according to wealth status are taken into account.  The learning levels of children, belonging to the richest quartile, in all three subjects (Language, English and Arithmetic) are higher than children falling in the poorest quartile. Poorest have the lowest learning levels (19% Urdu/Sindhi/Pashto, 17% English, and 16% Math) as compared to the richest (44% Urdu/Sindhi/Pashto, 43% English, and 39% Math).  The households with better wealth status are able to spend significantly more on their children’s education improving their opportunities for better quality schooling as reflected by the enrollment and learning figures mentioned above.

The current education status of Pakistan as demonstrated by ASER 2014 clearly sheds light on how disparities created by differences in wealth status are jeopardizing the future of millions of children. If our objective is to educate all children, we need to challenge the existing differences and divisions in order to provide equal set of opportunities to all children of the society. Failure to address such structural disparities linked to wealth, gender, ethnicity, language, disability and other markers of disadvantage will hold back our progress towards SDG’s and fuelling wider processes of social exclusion.

The SDGs represent a critical opportunity to move our collective focus toward learning, which is the cornerstone of meaningful education.  It is thereby imperative to measure learning for children early in their schooling career through a meaningful, child-friendly, participatory approach, as depicted by the model of citizen led assessments.  There is a dire need to work on the use of metrics that go beyond standard income measures so that all countries converge not only in living standards but also in their global responsibilities to sustainable development.