This is part 2 of a two-part blog series on education and skills post-2015. Read part 1 here.

The education MDGs of universal primary education and gender parity are often said to have been the most successful of the MDGs in terms of being close to achievement in many countries. This success in access is increasingly contrasted with a failure in learning achievement, measured by early grade assessments. Indeed the very success in access is widely seen to be causally related to the failures in learning, through huge classes, ill-trained teaching, poor inspection etc.  The documentation, largely by Northern institutions, of the global learning crisis in the South is potentially highly controversial.

The ‘Discovery’ of Learning

The ‘discovery’ of learning and the replacement of Education for All by Learning for All are surprising. Of course, the importance of learning achievement and of education quality was very evident in the six suggested Jomtien targets and in the six Dakar goals, but education quality didn’t make it into the two Education MDGs. However, the litany of low learning achievement, measured for example by assessments of reading, in Sub-Saharan Africa, South Asia and Latin America is politically sensitive in the South, just as low PISA scores are in the OECD countries. The analysis of a global learning crisis in the South is not an ideal start to supporting a new Millennium learning goal; a world crisis in learning would be more acceptable if the new goals, unlike the old MDGs, are to be applicable in the North as in the South. But tracking the particular history of the ‘discovery’ of learning, or rather the anatomy of No or Low Learning, is a crucial part of the moves towards new goals for post-2015.

Even if the measurement of ‘a defined level of necessary learning achievement’ was central to Jomtien, the current culture of results and value for money (see NORRAG News 47) has reinforced the emphasis on assessment for all as the real meaning of learning for all. This is evident in the moves, within the skills arena, towards competency-based training, and in the ‘proposed competencies for learning outcomes: early childhood, primary and post-primary’ associated with actions on the global learning crisis. Whether this will lead to new rankings and international comparisons or will be supportive of national assessment systems will be important to follow up.

The Other Candidates for Education Goals

Even if some kind of learning goal or goals is a front-runner, there are others in the race. Again, it depends a good deal whether the proposal is to ensure the inclusion of education in any new general development agenda, or whether it is to reflect upon and revise the six EFA Dakar goals. One of the strongest contenders is early years education, whether pre-school or early primary. This is linked to the focus on the critical need to secure the basics of numeracy and literacy in these early years, and to avoid massive drop outs. Other proposals are for support to junior secondary expansion, teacher effectiveness, girls’ education, and skills & competencies. But as powerful a contender as any is the concern with education and equity. ‘Overcoming Inequality’ in education, to use the title of the EFA GMR 2009 has emerged as a paramount concern, and has the advantage of applying to both the North and to the South. Recognising and measuring inequality in education is one thing, whether in the dramatic rise of low and high cost fee-paying schools or the shadow systems of education, worldwide. But targeting this kind of inequity or the educational opportunities open to the lower income quintiles through a new MDG or new EFA goal could be very demanding. Arguably, development partners could find the targeting of educational inequalities much harder to include and deliver in their portfolios than the support of educational expansion, or even support to measures for increasing quality. 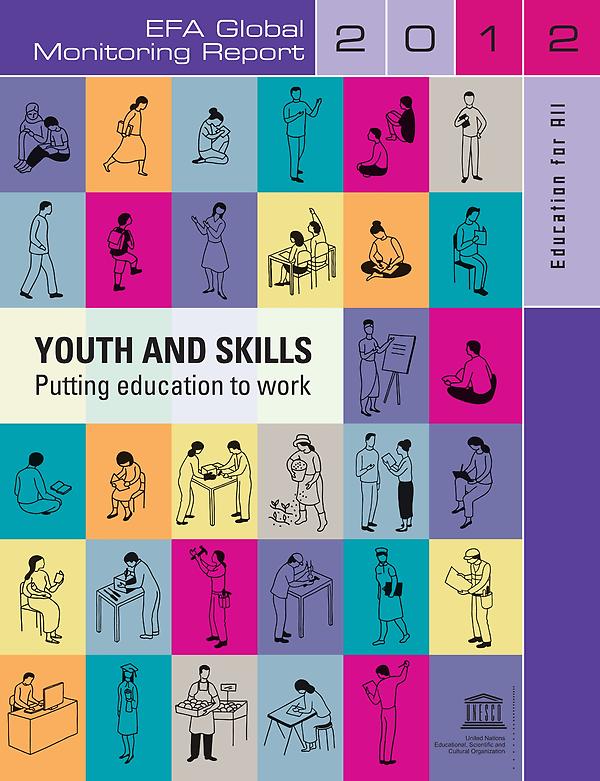 Given the massive rise in youth unemployment in many OECD countries, and of millions of young people without decent work, whether formal or informal, in the developing world, it had been estimated that some sort of skills goal could be on the next development agenda, with links made to productivity and economic growth (see the case made by Kenneth King). In the various proposals for goals or for education priorities, there is plenty mention of foundational skills, social skills, life skills, transferable skills, 21st century skills, even meta-cognitive skills, but very much less attention to work skills. This may change as the economic recession continues to impact especially on young people, and the scope for skills goals may be sharpened with the launch of the EFA GMR on Skills in mid-October 2012 and later of the World TVET report expected early-2013.

In Jomtien, the bilateral agencies were relatively in the background compared to the key multilaterals behind the EFA initiative. At this point also in the move towards any new development agenda, it is difficult to generalize about the bilateral agencies. Several have strongly identified with the need to focus on learning and on quality as results of their support and not just on quantitative expansion. But this has not necessarily become part of an explicit post-2015 position. Other bilaterals have still to clarify their positions on post-2015.

With UNESCO’s long-standing convening tradition, it is perhaps surprising that while there have already been some important regional meetings, and the publication of a Task Team sectoral report, there is not yet available a major think piece on post-2015. On the other hand there are still three full years before September 2012, and any synthesis done over the next few months will be able to profit from the first deliberations in the General Assembly in September 2012, the results of widespread consultative processes by several major actors, and by discussions convened by UNESCO with international NGOs, as well as collaborations with UNICEF and other actors. UNESCO also faces the double challenge of rethinking and revising the six Dakar goals, as well as maintaining a place for education in any new MDG process.

Other than Goal and Target Agendas?

Over the next three years and beyond, the international education community will not be preoccupied only with the post-2015 world. Indeed, there are dangers in too much of a focus on goals and targets, even if they are connected to the assessment of learning. NORRAG, with its traditional interest in being a forum for the analysis of aid and international policy development in education and training, will follow carefully and critically the construction of any new educational architecture that comes from the interplay of global goal-setting with national planning in education. To this end, it will follow developments in the international landscape of goals and targets, as well as pursue case studies of several countries with differing degrees of dependence on external aid. How any new goals in education impact upon local planning of education, and how new development agendas are viewed and influenced by other partners, such as China and India, will also be important if the goals are to be important in South-South cooperation, and not just in North-South aid flows.

This blog is based on: King, K. and Palmer, R. Education and Skills in the Post-2015 Global Landscape: History, Context, Lobbies and Visions. Background paper for the NORRAG Workshop, 12th September, 2012. Available shortly at www.norrag.org

Robert Palmer is a member of the NORRAG team. Email: Rob.Palmer@norrag.org