This is part 1 of a two-part blog series on education and skills post-2015. Read part 2 here. 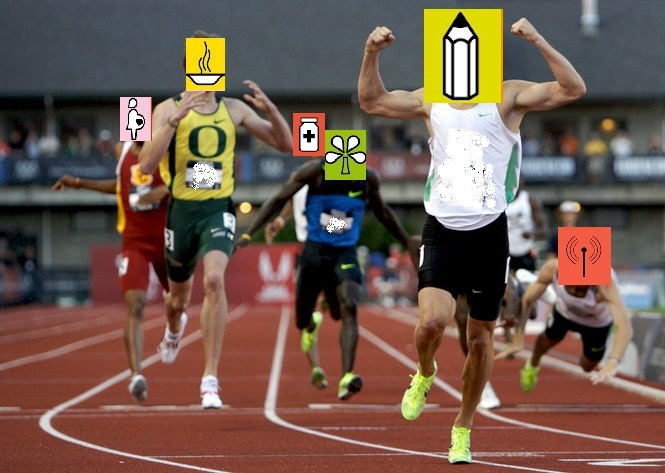 The race to the post-2015 finishing line is more complicated than the 2012 Olympics. Some runners seem to have already started the race in 2009, 2010 or 2011; others haven’t started at all. Though it is said to be a global event, most of the current participants and competitors are from the more developed economies. It is assumed that there will be prizes but no one seems to know how many. Confusingly, there is a main, general race, but also an education race. Finally, education and skills are hoping to be in both races and get at least one of the prizes in the main race, and many prizes in the education race; but it is not clear which prizes they are after, as there are many different competitors representing education, but not so many supporting skills development.

The metaphor of a global competition in the post-2015 agenda-setting is only useful up to a point. There is also a good deal of collaboration, for instance by the many organisations interested in there being a learning goal. However, the exercise of setting the next development agenda is going on at different levels, and at different speeds. But already there is a huge amount of writing, reporting and blogging around post-2015, both in general and on specific ‘sectors’ such as health, environment, and education. In this blog, and also in the much longer status report on the same topic for NORRAG, the lens is specifically on education and skills.

A Glance Backwards to Jomtien, Dakar and New York: Does history help?

What can be learned from the last time in Jomtien (1990), Dakar (2000) and New York (2000) when education targets, Education for All (EFA) goals and Millennium Development Goals (MDGs) respectively, including for education, began to be elaborated? This time the time-line seems longer (from 2009 till 2015), and the actors are more diverse. The multilateral actors were more dominant in Jomtien, but more than 20 years later, think-tanks, private foundations, and international coalitions of NGOs are active players. NORRAG was on the International Advisory Committee for Jomtien, and followed the World Conference process and outcomes (See NORRAG News No. 7 (March 1990) and No. 8 (June 1990)). Within a six-month period, there had been regional meetings and then the World Conference in March 1990. In the present five-year period to 2015, there have already been a multitude of meetings, workshops, panels, as well as reports, think pieces and blogs. NORRAG’s post-2015 data-base of these is already well over a hundred, with 40 on education alone. At the start of September, ‘Education “post-2015”’ returns 140,000 hits and ‘Education MDG “post-2015”’ produces 61,600 hits on Google (how many more have been generated since this piece was written?). So the review challenge is different in kind, and the consultative process is much more open than it was in Jomtien through new forms of networking.

The main runners in the post-2015 educational initiatives at the moment seem to be based in the North and many of them in the USA. There are also a number of key consultative processes involving the developing and emerging economies, notably the UN-led national consultations in 50 such countries (Why are none of these in the North?). International NGO coalitions and other multi-stakeholder bodies are consulting their Southern partners. But why is there this apparent disparity?  Are the priorities for Southern countries their own five and ten year national plans and specific education and skills strategies? Can the apparent Northern bias be explained in part by the crucial importance to all sorts of development agencies of any new global development agenda? 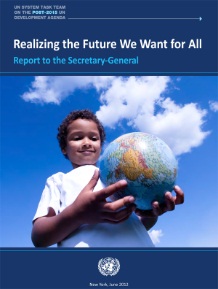 The formal UN-led process has scarcely got underway, with the first reports of the UN Task Team on different dimensions of the post-2015 agenda, including education. But no UN-led country consultation has yet taken place (as of 1st September 2012). However, the formal UN apparatus of a High Level Panel (HLP) on post-2015 with its three co-chairs has full representation from developing and emerging economies. A first meeting of the Panel is expected in September 2012, and its first Report early in 2013.

Two Marathons and Not One?

For the international education and skills communities, the process is more complicated than with many other sectors, with the exception of the environment. (Arguably, the environment constituency has agreement that ‘sustainable development goals’ (SDGs) will be developed (though no one is sure quite how these link into the post-MDGs) as well as a concern with environment within any wider development). International education policy people are clearly concerned with ensuring that education still plays a key role in any new version of the MDGs post-2015, but equally, there is the future of the Six EFA Dakar Goals post-2015, and connected with that the future of the EFA Global Monitoring Report (GMR) which has played such a key role since 2002 in the visibility of these six goals. Is there a tension between getting a single Education or Learning Goal into any new MDG process versus revising and reinforcing the Dakar Goals? (The GMR will dedicate its 2015 Report to Education and Development Post-2015). Arguably, both processes are critical to the future position and financing for education within development agencies.

This blog is based on: King, K. and Palmer, R. Education and Skills in the Post-2015 Global Landscape: History, Context, Lobbies and Visions. Background paper for the NORRAG Workshop, 12th September, 2012. Available shortly at www.norrag.org

Robert Palmer is a member of the NORRAG team. Email: Rob.Palmer@norrag.org