Abstract: This NORRAG Highlights is contributed by Océane Blavot, Research and Advocacy Officer at the Global Initiative for Economic, Social and Cultural Rights (GI-ESCR). Privatization and commercialization are often promoted as solutions to the problems facing public education systems. The author, by presenting a case study from Mauritania, argues they also come with significant issues and risks. 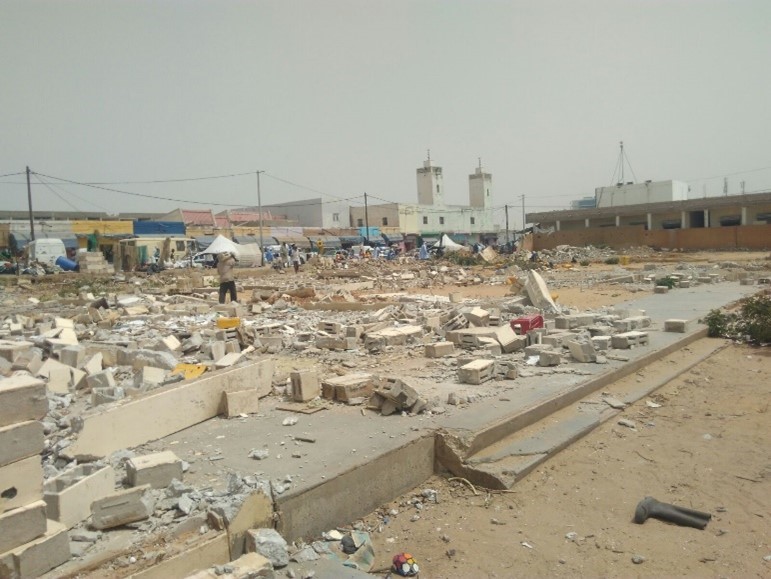 The case of the sale of public schools in Mauritania to private entrepreneurs and the associated privatisation of education, which civil society has been documenting and exposing since 2018, took a new turn on 27 July 2020 with the publication of a new report by the Parliamentary Inquiry Commission on the presidency of Mohamed Ould Abdel Aziz, the former President who was ousted from power in August 2019.

The Mauritanian education system has become increasingly commercialised over the past few years. This is particularly the case in Nouakchott, where in 2016 the Mauritanian State organised the auction of six plots of land on which public schools were located, in the commercial centre of Nouakchott, for the benefit of private actors who built shopping centers there.

An investigation conducted in 2017 by the Association of Women Heads of Households (AFCF), the Coalition of Mauritanian Education Organisations (COMEDUC) and our organisation, the Global Initiative for Economic, Social and Cultural Rights (GI-ESCR), found that the public schools had been closed overnight, with textbooks abandoned in the rubble of the demolished school grounds. Following an 18-month investigation, in December 2018 our organisations submitted a report to the United Nations Committee on the Rights of the Child about the situation and its consequences on the right to education.

In its final recommendations, the Committee expressed deep concern at “the recent
closure with no apparent replacement of six public schools in Nouakchott”. Faced with the silence of the government and despite the recommendations of the CRC and the advocacy of civil society for the opening of new public schools to replace those that had been closed, a new report was submitted to the African Committee of Experts on the Rights and Welfare of the Child (ACERWC) in 2019. The report once again demonstrated the Mauritanian government’s violation of the right to education, according to the new international framework of the Abidjan Principles on the right to education.

Our report highlighted three issues in particular; these issues have been confirmed by the Parliamentary Inquiry Commission.

The sale of land for commercial interests

Since civil society questioned the sale and closure of schools, the Mauritanian State has continued to use its freedom to dispose of public assets as a justification for the sale of public school land, in addition to the fact that these schools were located in commercial areas that were no longer suitable for schools because they posed a danger to children. However, the report of the Parliamentary Inquiry Commission also refutes this argument and found no justification for the sale of schools. The report (p. 21) concludes as follows: “The more plausible justification would be that these schools were located in highly valued commercial districts and auctioning them off, in a controlled way, secured important financial benefits”.

As stated in our reports, the closure of schools without their replacement led to thousands of children dropping out of school permanently, as the public authorities did not open any other schools as a substitute and a large number of families do not have the means to send their children to the nearest private schools. Those who did successfully enroll their children in private schools now have to pay tuition fees of around UM 4,000 (around USD 11) per month per child. These families, whose average declared monthly income is between around UM 30,000 and UM 80,000 (around USD 84 and USD 200), struggle to pay these fees.

The report of the Parliamentary Inquiry Commission again confirms that such a situation was in fact illegal under Mauritanian law. It also reiterated that nurseries and primary schools fall under the public domain of the Mauritanian municipalities and cannot be sold without an official asset disposal procedure. It is important to note that this procedure can only take place if the property in question is no longer assigned to a public municipal service. This is a good illustration of the importance of protecting services such as education, which must be safeguarded. However, the Commission could not locate any official document concerning the asset disposal procedure, and the report (p. 23) concludes that “subject to the existence of an asset disposal procedure, it would appear that the sales in question were unlawfully concluded”.

The issue of corruption

Our reports also raised important questions about the transparency of these transactions for the sale of public schools: there was no prior public consultation; some observers reported that the identity of the buyers did not correspond to that officially declared and, if they did match, the same buyers were found at each auction; in some cases, the land was sold directly to a buyer without an auction; and a potential link was uncovered between some buyers and the public authorities.

The Commission’s report – although it expresses reservations as regards the absence of many documents that the government did not provide – confirms this general corruption allegation concerning the sale of land and schools. The report confirms that in many cases, the sale authorisation procedures do not appear to have been respected, the auction and sale prices are practically identical (which indicates that an auction did not really take place), and the reserve prices appear to have been fixed in the favour of the buyers. The report (p. 19) also stipulates that the sales appear to have been organised “at the highest level of the State and these beneficiaries would have been known in advance,” citing the entourage of former President Mohamed Ould Abdel Aziz. The cabinet of the former President, which is currently under judicial investigation, is also named as having ordered the auction and the removal of public schools from the official list of local schools.

We welcome the clarification this independent report has provided on this subject and we are now awaiting an action plan to get the children back in school and provide support for the families who were forced to enrol their children in private schools. The Parliamentary Inquiry Commission’s report also confirms the importance of civil society in improving the transparency and accountability of education systems, as it often finds itself on the front line. Rather than privatising or commercialising education, which is often promoted as a solution to the problems facing public education systems and which, as this case shows, is often accompanied by significant risks of corruption and breaches of law, the strengthening of civil society is key to improving accountability in education. Finally, this case is also a perfect example of the importance, everywhere, of providing legal protection for public services such as education in order to prevent massive human rights violations akin to those that took place in Mauritania.

About the Author: Océane Blavot is a Research and Advocacy Officer at the Global Initiative for Economic, Social and Cultural Rights (GI-ESCR), where she has been working since 2016 on public services and human rights in the Francophone space and in Western Africa. Email: oceane@gi-escr.org