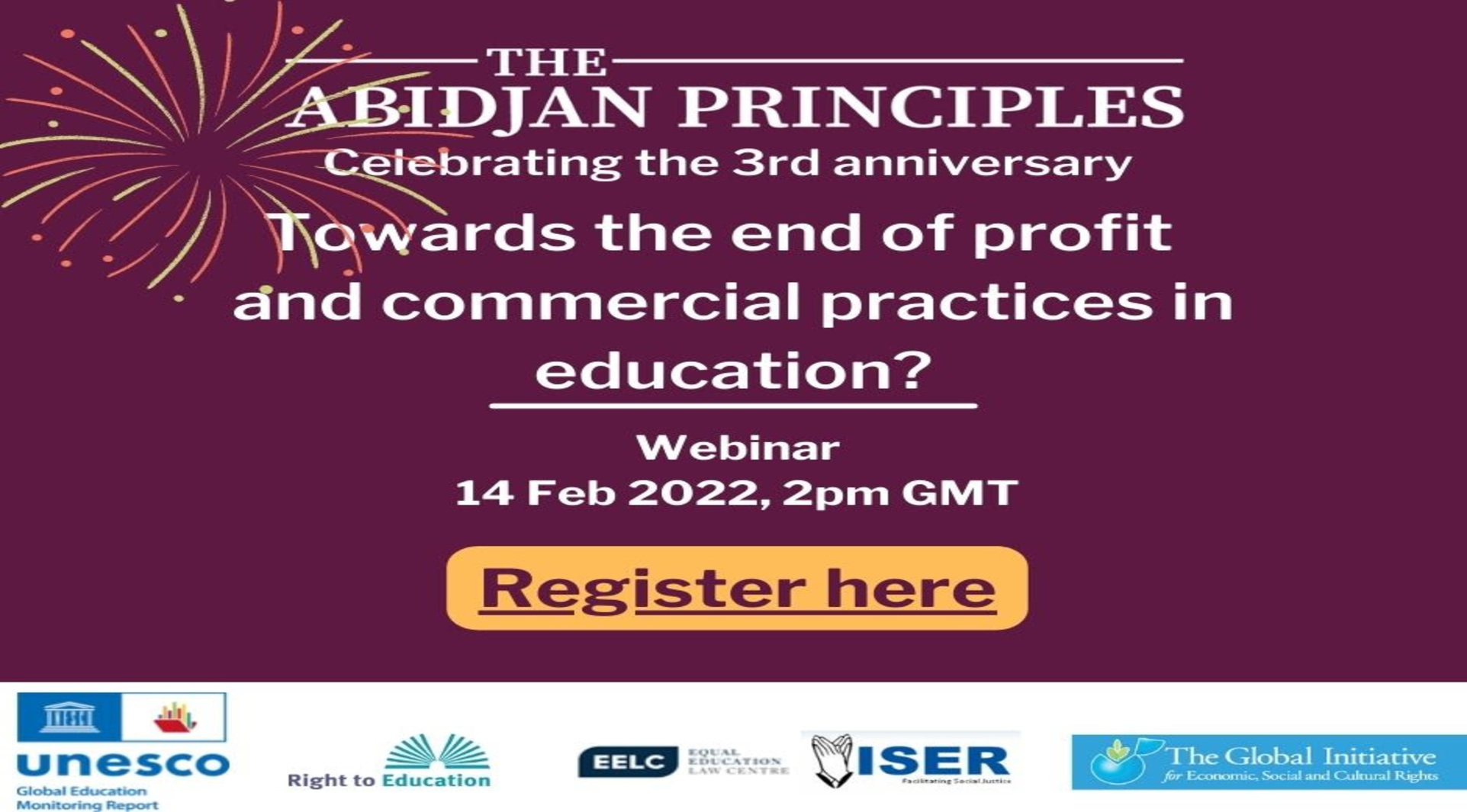 On 14 February from 14h00-15h00 GMT, the Abidjan Principles, to which NORRAG is a signatory, celebrate their 3rd anniversary in an online discussion, “Towards the end of profit and commercial practices in education?” organised by the Global Education Monitoring Report, the Right to Education Initiative, the Initiative for Social and Economic Rights, the Equal Education Law Centre, and the Global Initiative for Economic, Social and Cultural Rights.

The role of the market, profit, and commercial dynamics in education is an issue that has been at the core of the reflection behind the Abidjan Principles, and is central in contemporary education debates, amplified by the dynamics related to the response to the COVID-19 pandemic. 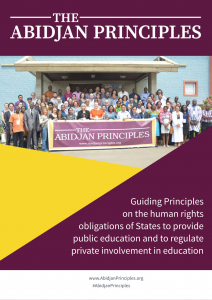 Two major international reports that were published in 2021 address this same issue: UNESCO’s flagship report “Reimagining our futures together: a new social contract for education” released in November 2021 and the bi-annual report of the Global Education Monitoring Report (GEM Report) “Non-state actors in education: who chooses, who loses?” released in December 2021. While these reports were in the making, a number of institutions also took position against the funding of for-profit or commercial actors in education, including the European Parliament, the Global Partnership for Education and the International Finance Corporation.

The question of the role and limitations of commercial actors in education is critical as it could be decisive in shaping how education systems are organized, the interests at stake, and who has control over education content and processes. Register to join the discussion on 14 February 2022 to reflect on this important issue and celebrate the 3rd anniversary of the Abidjan Principles.

Manos Antoninis is the Director of the Global Education Monitoring (GEM) Report since 2017. He was previously responsible for the monitoring section of the report. He coordinated the financing gap estimates for the 2030 education targets, the projections on the achievement of universal primary and secondary education completion, and the World Inequality Database on Education. He has been representing the report team in the Technical Cooperation Group on SDG 4 indicators, which he is currently co-chairing.  Prior to joining the team he worked for 10 years on public finance, monitoring and evaluation projects in education. He holds a DPhil in Economics for a study of technical education and the labour market in Egypt, completed at the Centre for the Study of African Economies of the University of Oxford.

Jacqueline Mowbray is an Associate Professor at the University of Sydney Law School. She is also the external legal adviser to the Commonwealth of Australia’s Parliamentary Joint Committee on Human Rights. Her work focuses on public international law and legal theory, with an emphasis on international human rights law. She has a particular interest in economic, social and cultural rights, and her book on the subject, The International Covenant on Economic, Social and Cultural Rights: Commentary, Cases, and Materials (co-authored with Saul and Kinley) was winner of the 2015 American Society of International Law Certificate of Merit. Before joining the University of Sydney in 2008, Jacqueline practised as a solicitor in London, and taught on the European Masters program in human rights at the University of Sarajevo, Bosnia-Herzegovina. Jacqueline is a graduate of the Universities of Queensland (BA LLB (Hons)), Melbourne (LLM) and Cambridge (LLM (Hons) PhD).

Salima Namusobya is the Executive Director of the Initiative for Social and Economic Rights (ISER) and an expert member of the Working Group on Economic, Social and Cultural Rights of the African Commission on Human and Peoples’ Rights. She is a lawyer and human rights advocate who has specialized in international human rights law and forced migration. She holds a Bachelor of Laws Degree, a Diploma in Legal Practice and Master of Laws in Human Rights and Democratisation in Africa. She has been a visiting scholar at the University of Columbia in New York. She serves on the Boards of several NGOs including the Legal Aid Service Providers’ Network in Uganda (LASPNET), Centre for Public Interest Law (CEPIL), International Refugee Rights Initiative (IRRI), and the Governance and Public Policy Research Centre (GPRC). She is a member of the Uganda Law Society, the East Africa Law Society and the Federation of Women Lawyers in Uganda.

Jitu Brown is the National Director of the Journey for Justice Alliance (J4J) and is a long-time community organizer born on Chicago’s south side. He started volunteering for the Kenwood Oakland Community Organization (KOCO), the oldest black-led organizing community-based organization in Chicago in 1991. He eventually joined the staff as Education Organizer in 2006 and organized in the Kenwood Oakland neighborhood for over 20 years bringing parents, students, teachers and community members together to collectively participate in the education system by developing various educational initiatives and battle back against efforts to systematically disinvest in, close and privatize schools in Chicago. In his role as National Director for J4J, he leads an alliance of grassroots community, youth, and parent-led organizations in over 30 cities across the U.S.A. demanding community-driven alternatives to the privatization of and dismantling of public schools systems. He has brought great energy and focus to the connection between the attacks on public education and the disempowerment of African American communities all across the country.

Sandra Fredman is Professor of the Laws of the British Commonwealth and the USA at Oxford University, and a professorial fellow at Pembroke College, Oxford. She was elected a Fellow of the British Academy in 2005 and became a QC (honoris causa) in 2012.   She has written and published widely on anti-discrimination law, human rights law and labour law, including numerous peer-reviewed articles and monographs. She was awarded a three-year Leverhulme Major Research Fellowship in 2004 to further her research into socio-economic rights and substantive equality. She is South African and holds degrees from the University of Witwatersrand and the University of Oxford. She has acted as an expert adviser on equality law and labour legislation in the EU, Northern Ireland, the UK, India, South Africa, Canada, Malaysia and the UN; and is a barrister practising at Old Square Chambers. She founded the Oxford Human Rights Hub in 2012, of which she is the Director. 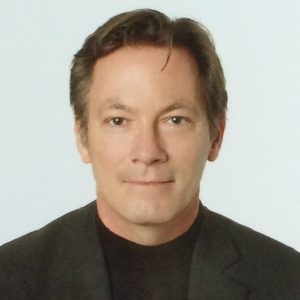 Sobhi Tawil currently directs the Future of Learning and Innovation team at UNESCO. In addition to the Futures of Education Initiative, his recent research has focused on large-scale learning assessments with the recent release of ‘The Promise of Large-Scale Learning Assessments: Acknowledging Limits to Unlock Opportunities’.

NORRAG and the Abidjan Principles

The Abidjan Principles is a landmark reference point in terms of understanding the right to education. Providing crucial guidance to governments, education providers, human rights practitioners, scholars and other stakeholders, the Principles are intended to directly inform education policies. They identify and unpack the existing obligations of states under international human rights law to provide quality public education and to regulate private involvement in education.

In May 2021, ‘Realizing the Abidjan Principles on the Right to Education: Human Rights, Public Education, and the Role of Private Actors in Education was issued as part of the third volume of the open-access book series entitled NORRAG Series in International Education and Development, published by E. Elgar Cheltenham, UK. 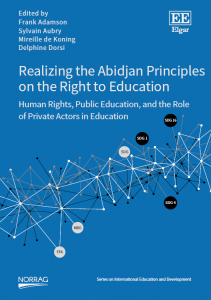 The books in the series intend to generate an international debate on emerging trends in education and provide space for authors that represent diverse perspectives and knowledge communities. The volume is edited by Frank Adamson, Assistant Professor of Education Leadership at California State University; Sylvain Aubry, Research and Legal Advisor at The Global Initiative for Economic, Social and Cultural Rights; Mireille de Koning, Program Officer in the Open Society Education Support Program at Open Society Foundations and Delphine Dorsi, Director of the Right to Education Initiative (RTE).

Read more about the Abidjan Principles and the latest NORRAG Book

Register for the event