By Mario Novelli, University of Sussex. 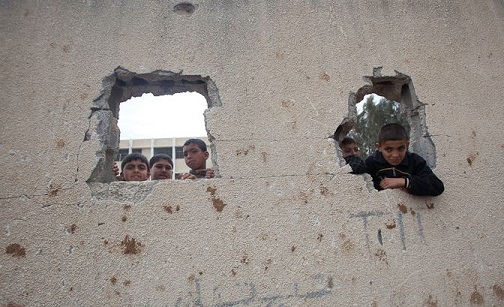 In 2013, I led a small research team[1] in a DFID-funded rigorous literature review on research related to the political economy of education in conflict-affected contexts. Below are the main findings, presented in the form of 10 policy disjunctures which we believe need to be addressed if we are to enhance the potential of education’s role in contributing to sustainable peacebuilding.

1.      Mismatch between the global security/peacebuilding agenda and education

We found a disjuncture between the global post-conflict peacebuilding agenda, led by the United Nations and key bilateral agencies and framed in terms of the ‘Liberal Peace Thesis’, and the ‘Global Education Agenda’, broadly supported by a wide range of UN agencies, NGOs and bilateral donors active in the education sector in developing-country contexts, which has a set of commitments around the EFA and MDG education objectives and a list of policy preferences (decentralisation, public-private partnerships, child-centred pedagogy etc.). This disjuncture leads to education being marginalised in the first (peacebuilding agenda), whilst in the second (global education agenda), conflict is not theorised and reflected upon in policy development. On the one hand, this impoverishes the real potential that education has to make a strong contribution to sustainable peacebuilding interventions. On the other, this leads to education policy and programming being disembedded from the broader peacebuilding country approach, and education policies not being thought through in terms of their potential effects on conflict and peace.

The above point is strongly linked to a second disjuncture that poses a real problem for better integrating education into peacebuilding strategies. Key staff working in the broad area of peacebuilding and conflict, both as policy-makers and practitioners, rarely have sufficient knowledge of education. Similarly, education advisers and practitioners normally have a strong background in education, but little training and confidence in engaging in debates over conflict and peacebuilding and the role of education therein. This leads both communities to remain in silos, and therefore results in missed opportunities of integrating insights from the two sectors, and failure to deliver mutually beneficial outcomes.

3.      Network disjunction between the humanitarian, security and development sectors

A third related disjuncture is between the humanitarian, development and security sectors, each of which has different logics and agendas that intersect with education in complex ways. While progress has been made in recognising education’s role and potential in the humanitarian phase (during and in the immediate aftermath of conflict), it remains perceived as marginal to the core business of shelter, food and medical attention. This is both an issue of priorities and also timing, with education being seen as a long-term goal, not a short-term imperative. The security sector similarly sees education as a marginal component and something that can wait until later, in the post-conflict development phase. Meanwhile, while the development sector sees education as central to objectives of pro-poor growth, it often remains framed in terms of its economic potential (human capital), while its role in social cohesion is often underplayed. Part of the problem here is that while in the past it was thought that each of these sectors operated in different time frames, increasingly in many conflict-affected contexts, humanitarian, security and development sectors are often operating simultaneously, but as the review finds, not necessarily in a complementary manner. They are also imbued with different power resources, with the security sector being the most powerful, due to its links to both defence and diplomacy departments. In this scenario, collaboration and better co-ordination might lead to domination by one sector over others.

A further disjuncture coming from the literature review is that between the ‘global education agenda’ and the distinctive needs of conflict-affected societies emerging out of conflict. Whilst the education agenda is strongly focused on EFA and MDGs and is influenced by concerns related to economic productivity and efficiency, post-conflict societies may require a much greater focus on education’s potential to address inequalities and to prioritise interventions that favour the promotion of social cohesion and reconciliation. This requires new thinking on what a conflict-sensitive peacebuilding education might look like, and necessarily requires a context-sensitive approach that builds on the specific conflict dynamics of each country and how education might support these broader peacebuilding goals.

5.      Disjunction between education’s transformational potential and the narrow framing of education policy and programming

Linked to the above is a disconnection between the potential of education to contribute to broad societal change and narrowly defined education policies and programmes. As a result of this disjunction, education policy and programmes are sometimes framed within narrow, technical parameters that bypass pivotal peace-related issues in post-conflict societies, including the rectification of social and cultural inequalities and recognition of the identities of marginalised groups.

Linked to the previous two points is a disconnection between various government departments (e.g. ministries responsible for justice, youth, gender, employment, land rights) and between these and the education department. This disconnection results in an absence of cross-sector collaboration to leverage change that would address cross-cutting issues in which education is a component of a broader peacebuilding agenda.

A recurring message within the literature reviewed points to the failure of ‘state-centric’ approaches by international actors to connect to the agency of local actors within civil society and sub-national contexts. This failure limits or undermines the scope for capitalising on the knowledge and peacebuilding practices of local actors, as well as for responding to their educational needs and aspirations. It also creates a disjuncture between a rigid supply of education and flexible/varied community demands for educational provision.

8.      Participation disjunction between global, national and local actors and scales

Emerging from the review is clear evidence of strong imbalances of power between actors operating at different geographical scales. This is reflected in tensions between agenda setting, national policy formulation and implementation phases of the policy cycle, with a strong sense of global agendas trumping national priorities, and local needs becoming marginalised and side-lined. Realities and priorities appear highly divergent and while we can clearly see and trace global policies filtering downward through the policy cycle, evidence of upward feedback loops, reflecting more bottom-up participation and prioritisation, is less prevalent.

Within the literature reviewed there appear strong tensions between orthodox political economy approaches and more critical political economy approaches, with little ground for communication and synthesis. Orthodox political economy, neoclassical, variants of new institutionalism, modernisation and neoliberalism all view the West as the ‘ideal type’, see problems as endogenous and resistance to orthodoxy as deviance, and where they take culture seriously, see it as an obstacle to progress and something akin to tradition that will eventually wither away. Thus education problems become the fault of ‘poor governance’ and conservative actors in society, and resistance needs to be managed (i.e. teachers unions). This fails to see local, national and global interconnections and does not allow for the possibility of flawed policy or the progressive potential of educational reform. Conversely, the critical literatures suffer from an overemphasis on exogenous factors, often demonise international actors, and have a tendency to reify the local, without making sufficient critical analysis of local political processes which can serve to disempower the possibility of progressive educational reform.

10.  Disjunction between the realities and pragmatic concerns of those in the field and the complexity of the political economy analysis of education

Despite all the evidence above on the crucial importance of political economy analysis in revealing the complexity of the policy process in conflict-affected contexts, there is clearly a disjuncture between the complexity of social reality – captured to a greater or lesser extent by differing forms of political economy analysis – and the utility of this information for those operating in education as policy makers and practitioners in conflict-affected contexts. Whilst the ‘technical’ nature of education policy can, at least to a large degree, be controlled, many of the political economy factors alluded to in our review seem immensely difficult to overcome and address. However, our study suggests that while difficult to address, these factors are likely to undermine any technical solutions, and therefore political economy analyses can at least help policy makers and practitioners to reflect on pragmatic possibilities or areas where they might be able to make a difference.

Mario Novelli is a Professor of the Political Economy of Education at the Centre for International Education, University of Sussex. Email: m.novelli@sussex.ac.uk