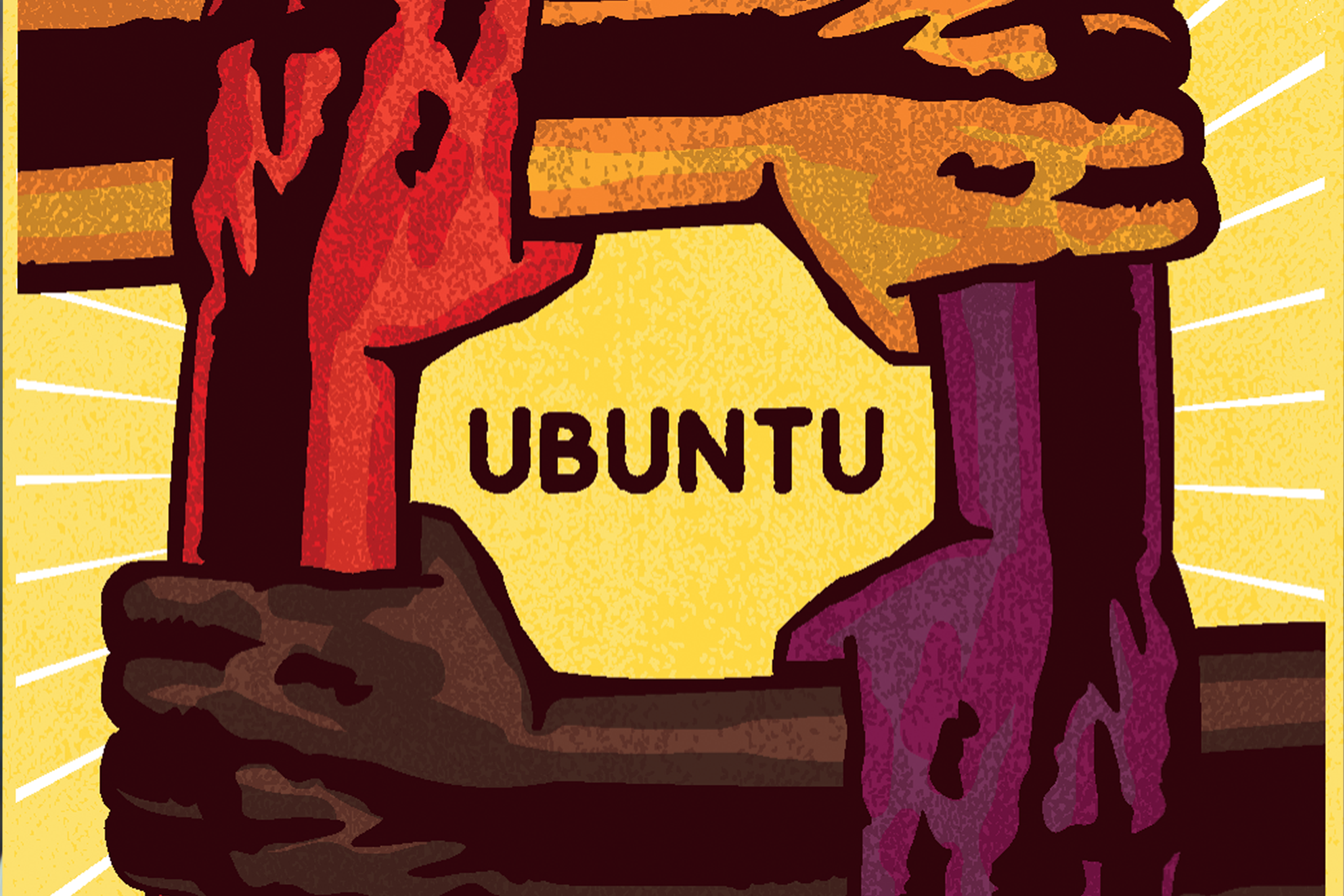 This NORRAG Highlights is contributed by Chiedza A. Chinhanu (PhD Researcher in the School of Performance and Cultural Industries at the University of Leeds) and Seun B. Adebayo (PhD Researcher at the School of Education, National University of Ireland, Galway). The authors argue that a practical approach through which SDG 4 can potentially be realized is found in the Sub-Saharan African philosophy of Ubuntu, a worldview of societal relation and humanistic ethic.

Societies globally are changing due to the increasing rate of migration, refugees and asylum seekers, and this has led to society becoming more heterogeneous. Consequently, we can observe how more carefree many communities try to fit people into a ‘cultural box.’ We believe that the issues around culture are quite delicate especially as they relate to the notion of identity. Culture as a term is highly complex, contested and difficult to define. However, underpinning the notion is that it is dynamic and changing over time in different contexts, as many people today identify with different groups. In the same way, since identity formation lies in human experience, the notion of identity becomes equally complex to define. Culture and identity have often been linked together, but we do not see them exactly as the same concept. We find the difference and the link from the vantage point of self-psychology. There are two areas of interest in identity: the process by which a self is formed (the ‘I’) and the cultural context of the schematic which composes the self-concept (the ‘me’). In his research work on culturally responsive pedagogies, the second author of this article found out from his focus-group discussions with parents of non-Irish backgrounds that there are cases where some students in Irish schools have more than two cultural backgrounds. A student has a Nigerian father and a Polish mother but born and raised in Ireland. This student feels more Irish than Polish or Nigerian, but society sometimes tries to fit the student into a ‘cultural box’ in the sense of defining the student’s identity. Given the hybridity of identities and the implications on culture, challenges arise for how a teacher in a classroom setup can create a culture that facilitates learning in a way that makes each student belong and still feel recognized, validated and affirmed in their individuality.

Systems and structures that define identities remain unchallenged. Such a system is a school. In his ‘Asylums,’ Erving Goffman discusses the uneasy construction of ‘the self’ through the oppression of societal’s “total institutions” such as mental hospitals, prisons, schools, and asylums. Goffman defines “total institutions” as ‘places of residence and work where a large number of like-situated individuals, cut off from the wider society for an appreciable period of time, together lead an enclosed formally administrated round of life.’ His definition implies that “total institutions” are problematic in that their type of totalitarian governance envelops all thoughts, feelings and actions. In his work, he aims to argue that one’s self is undoubtedly the product of societal influences which strip away any portrayal of true selves. Goffman implies that once a person is subjected within a Total Institution, their identity erodes eventually as time progresses. As researchers working in the contexts of prison and education, we view schools as a total institution and those (such as teachers) who work in it as authorities that contribute to ‘self-depletion’.

A UNESCO report finds that more globally, teachers are struggling to meet the needs of students in multilingual and diverse classrooms, making it challenging to achieve Sustainable Development Goal (SDG) 4 by 2030.  In Ireland, research shows that many teachers predominantly identify as White, Irish and Female. The case is quite different when it comes to the student body socio-cultural representations. Statistics from the Irish Department of Education and Skills show that 43 % of students at the primary level are from non-Irish backgrounds. Although the Irish government has been quite proactive in introducing several intercultural education strategies/policies, the implementation of such education policies has been quite problematic, according to recent studies. It is essential to state that the case of diversity in the Irish education system is relatively new compare to other countries in Europe like the United Kingdom and France. Ireland for years was homogeneous in its societal outlook, and it was only in the recent decade that the country began to experience transformation in its socio-cultural composition. There is undoubtedly an intense urgency to equip teachers in Ireland with teaching skills such as culturally relevant pedagogies to meet the demands of all learners in culturally diverse classrooms.

When students lack cultural representations, equitable education becomes what Cornelius Minor refers to as ‘Microwave Equity’. A teacher’s lack of investment in knowing more about their students, their lack of effort to affirm their students’ backgrounds, have a significant impact on teaching and learning. In many cases, teachers view themselves as the only source of knowledge in the classroom, closed off to learning about their students’ hybrid identities, histories and family experiences.  It is through this kind of identity-suffocation phenomena that the individuals are subjected to the mortification of self, that is, the process of ‘killing off’ the multiple selves possessed prior to one’s entrance into the total institution. The multiple selves are replaced with one totalizing identity over which the person exercises little, if any control.

Writing on the premise of violence, Samuel Huntington, in his work titled the ‘clash of civilization’, argues that culture and cultural identity is what is most meaningful to people. Therefore, we argue that schools can become a place for cultural contestation. Schools can be positioned as a place of self-cultivation and not self-depletion, thereby, defying the rules in which Goffman states in reference to patients struggling to reclaim their lost identities. The SDG 4 advocates for equitable quality education and lifelong learning opportunities for all. Within the context of the aims of the SDGs as a whole, we understand that people have the right to define their identities in relationships. Former United States President, Barack Obama in a talk at the Cambridge Public Library in 1995 supports this argument. He opined that categorizing people is quite damaging and ‘naïve.’ Obama believes that people’s right as individuals should be promoted because identities can be fluid.

With less than a decade left to achieve the SDGs, particularly SDG 4 and the recent COVID-19 pandemic that has exacerbated inequalities inherent in many educational systems across the world. We believe that a practical approach through which SDG 4 can potentially be realized is found in the Sub-Saharan African philosophy of Ubuntu, a worldview of societal relation and humanistic ethic. The first author of this article is invested in this philosophy as far as it pertains to her participatory theatre work with prisoners, whose identities and social statuses are contested and challenged for having broken societal norms. Prisoners are outcasted and cut off from social bonds, losing their sense of belonging. They lose social capital, thus forfeiting their humanity and or citizenship. We draw similarities with students who are different from the societal identity constructs.

Nelson Mandela describes Ubuntu as a philosophy constituting a universal way of life, which underpins an open society. The philosophy invites the question as to how it could possibly ‘accommodate other cultures’ in efforts to recognize our collective humanity. We argue that the Ubuntu notion that ‘I am because we are’ can be developed into an ideal way of identity and belonging in a classroom. The wisdom of Ubuntu lies in the recognition that it is not possible to build healthy learning environments unless the human dignity of all members of that learning community is safeguarded. The philosophy does not try to create a homogenous culture, but ‘a human culture’ that promotes respect, harmony, love, sharing and community. We argue that when in relationship with others, students are given the space to negotiate their own identities that allow them to belong in a better way.

A human culture is about relationships of care and obligation. The Ubuntu philosophy implies that the teacher looks at whether what they are doing enables or empowers the students to help improve them. It means that if students are treated well and seen the same way, they are likely to perform better. Practising Ubuntu unlocks the capacity of human culture in which both teacher and students’ express compassion, reciprocity, dignity, humanity and mutuality in the interests of learning, building and maintaining the learning community with communality. However, there is no point in attending to the principles of Ubuntu merely for the sake of their recognition alone. Still, we also have to internalize these principles and put them into action. The teacher and her students must find values which they must commit to promoting and protecting to realize human culture.

In conclusion, what we have aimed to highlight in this article is that there are tensions between culture and identity for students in the classroom as the world becomes a more global village. These tensions are further exacerbated by teachers’ lack of skills to manage a culturally diverse group with hybrid identities. These tensions stand to threaten the SDG 4 targets to provide equitable quality education and lifelong learning opportunities for all. We argue that the school can move from being a total institution to a place of self-cultivation and identity construction through cultivating a human culture found in the Sub-Saharan African philosophy of Ubuntu.