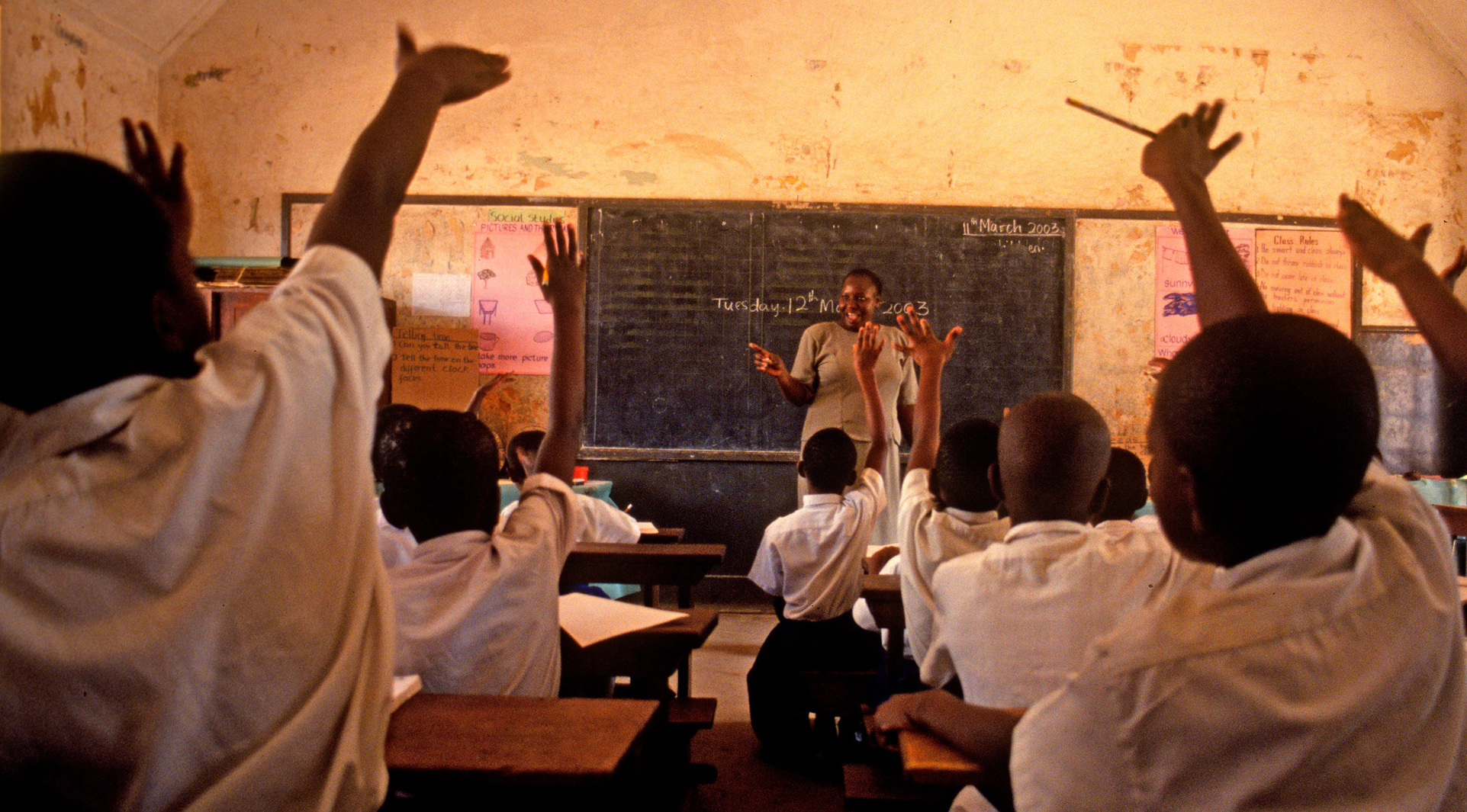 In this blog post, part of the NORRAG Blog Series on the Role of Quality Education in Building Just and Sustainable Peace, Dr Marion MacLellan, Visiting lecturer in International Development, Coventry University and Dr Miho Taka, Assistant Professor, Coventry University, look at the role of education in emergencies in the context of Rwanda and Northern Uganda. The authors interviewed individuals who had lost, then regained education. Through the analysis of these important voices emerging from the conflicts, we see that second chance education has the power to transform individuals and the society.

Education in emergencies has been a policy focus since the 1990s because of the awareness that crisis and conflict are major barriers to access to education. 127 million primary and secondary aged children are out-of-school in countries affected by all crises (including conflict), which accounts for 49% of the global out-of-school population.[1] 25% of lower secondary school age children in conflict areas are out of school.[2] However, humanitarian situations continue to affect access to quality formal education, and the current global pandemic has exacerbated this over the past two years. Although many children and young people stop going to school during a crisis and become adults without completing their (basic) formal education, their lost education and the role of quality education in ensuring just and sustainable peace has not received sufficient attention in both policy and academic circles.

Why do these young people stop going to school? How can they access and achieve formal education as adults? How do they value education? And finally, what is the impact of the loss of quality education on rebuilding society and sustainable peace? To answer these questions, we identified individuals who had firstly lost education, but gained second chance education as adults, to understand their desire for completing formal education and their understanding of the broader roles of education in their lives. We conducted life story interviews with 71 persons in conflict-affected Rwanda (41) and Northern Uganda (30) within the age range of 19 and 61 years in 2016.

In Rwanda, schooling was halted in 1990 because of the civil war prior to the genocide in 1994. The enormous scale of destruction meant that an estimated 75% of primary and secondary school teachers were killed, fled or imprisoned[3] and many children lost their parents. The massive population movement and displacement[4] posed a challenge for providing humanitarian assistance including education. However, the disruption to education was also prevalent before the 1990s. Education, especially secondary education, was not open to the entire population and was used to privilege some groups and discriminate and marginalise others. As a consequence, this became one of the significant drivers of the conflict. In addition, Rwandans who fled from the violence to neighbouring countries faced various challenges to access education in their host countries.

In Northern Uganda, the Lord’s Resistance Army (LRA), founded in 1986, continued its violent and terrorising campaign, brutally attacking communities and displacing populations until 2006. Attacks on schools and the abduction of children from schools by rebel groups suggested that education was integral to this conflict causing insecurity and fear. Between June 2002 and March 2003 alone 5000 abductions took place.[5] The conflict resulted in the loss of family members and livelihoods and a disparate and intermittent education experience for young people.

In the post-conflict periods in these countries, individuals sought and tried different opportunities for second chance education. Education has become available for all for the first time in Rwandan history, through the post-genocide education reform programme to contribute to peace, unity and reconciliation in Rwanda.[6] The government also provided avenues to address the loss of education in the aftermath of the genocide. The catch-up programme was an accelerated education to teach primary education in three years and ran between 2002 and 2015. In addition, the Private Candidate programme is a facility for individuals to take the advanced level (A-level) national examination without being enrolled in secondary school.

In Uganda, the government’s priority was to develop the rest of the country and so largely relied on international non-governmental organisations to provide education during and post-conflict. This has not helped the marginalisation of the northern regions. While the government tried to respond to the disruption and insecurity facing schools by creating ‘Learning Centres,’  these centres faced significant challenges, most notably ‘widespread trauma among students, teachers and parents.’[7]

Having spoken to these individuals in Rwanda and Uganda, it was clear that the majority considered education important in improving life and employment opportunities. After losing family members or becoming orphans, they saw having formal education qualifications and associated skills and knowledge would help them establish livelihoods, rebuild their lives and survive. In Rwanda, as the country recovered from the destruction, the government policy was to establish a developed and progressive workforce which necessitated higher qualifications for the increasing numbers of jobs available. This meant competition for employment and therefore a push for formal education opportunities and qualifications.

However, more importantly, their narratives strikingly suggest the transformational power of education within the individual and for society as a whole. At an individual level, they appreciate education because of the pleasure to learn something they did not know before. By accessing quality education, they conceived that they could open their minds and grow as a person. ‘Education means you can be someone.’ Education can transform one’s place in society – ‘Education means you can fit into society at any level.’ For some, it was clear that they did not need education for employment as they already had sufficient income sources. However, through education, they can value and empower themselves.

Furthermore, some of them had an urge to go back to school because this was where their life stopped. Having been abducted from school and forced to live in the bush for many years with the LRA, one female returnee explained ‘I was at school when I was abducted- so it is very important to go back’ – there was an awareness that the cycle of trauma had to be broken and education was seen as cathartic.

Many Rwandan interviewees could not progress to secondary education because of the systematic discrimination and needed to liberate themselves from the past by achieving education. This desperate and powerful process of restoring hope and humanity is seldom discussed or acknowledged in policy or academic arenas, but appears to be fundamental in these post-conflict societies. And it makes sense as such violence and violent events are designed to destroy and dehumanise the population.

These narratives from the individuals highlight how providing opportunities for second chance formal education to all whose education was lost, is crucial to bring about transformation at different levels, at personal, societal, and national levels. Education informs and transforms individuals and society. It is often targeted in many conflicts for that very reason. By prioritising quality education, during and after emergencies, the impacts of conflict can be minimised and overcome with a renewed awareness of the transformational power of education on achieving durable, just and sustainable peace.

Dr Miho Taka miho.taka@coventry.ac.uk is an Assistant Professor at the Centre for Trust, Peace and Social Relations (CTPSR), Coventry University. Her work focuses on peacebuilding, especially in education for peace and sustainability as well as the political ecology of conflict, natural resource governance, sustainability, business and human rights.

The article is based on the findings from the ‘Obtaining a Second Chance: Education during and after Conflict’ research project at the JICA Ogata Sadako Research Institute for Peace and Development (https://www.jica.go.jp/jicari/research/peace/peace_20151101-20190331.html).

[4] An estimated 800,000 people died, approximately 1.5 million people were internally displaced, an estimated 2.1 million Rwandans fled from the advancing RPA to neighbouring countries, mainly the DRC, and   the repatriation of more than 200,000 refugees from the DRC started immediately after the genocide (UNHCR. 2000. “Chapter 10 The Rwandan genocide and its aftermath.” The state of the world’s refugees 2000: Fifty years of humanitarian action. Accessed 16 December 2017. http://www.unhcr.org/publications/sowr/4a4c754a9/state-worlds-refugees-2000-fifty-years-humanitarian-action.html.). Also, over 700,000 Tutsis were about to return from exile, mainly from Uganda (Prunier, Gerald. 2009. From Genocide to Continental War: The ‘Congolese’ Conflict and the Crisis of Contemporary Africa. London: Hurst.).