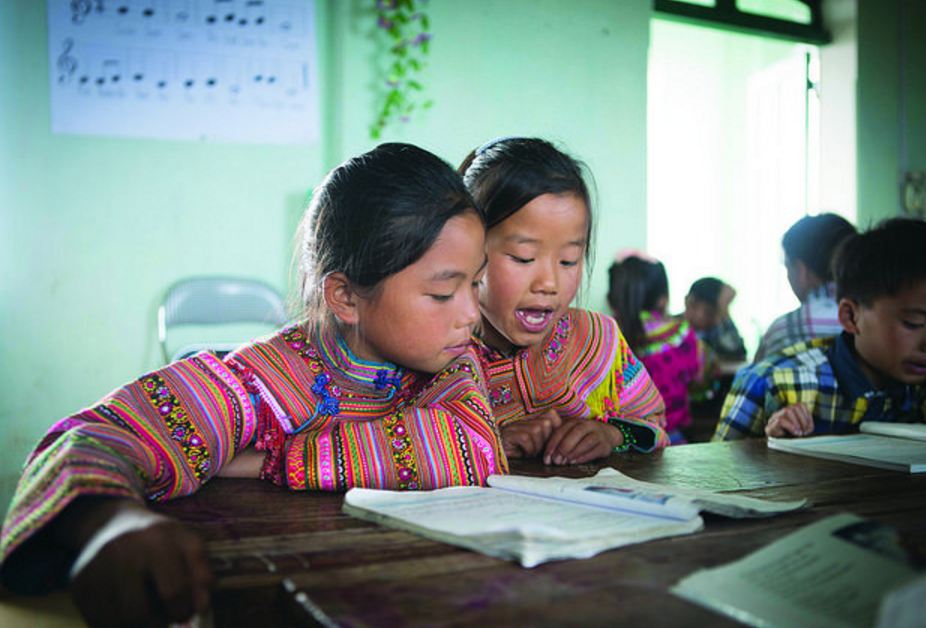 The International Commission on Financing Global Education Opportunity, aka the Education Commission, recently engaged in an extraordinary process to produce an unusual report entitled The Learning Generation: Investing in Education for a Changing World.  The Education Commission Report (ECR) is the product of a year-long intensive team effort, 172 pages in length, with 411 footnotes, supported by over 60 background research papers. The Commission was convened by the Director-General of UNESCO and the heads of state of Chile, Indonesia, Malawi, and Norway and supported by the U.N. Secretary-General. The Commission’s members “are current and former heads of state and government, government ministers, five Nobel laureates, and leaders in the fields of education, business, economics, health, and security” (ECR, 6). Initially funded for a one-year effort, funding for a second year was secured, and the 27 Commissioners have agreed to stay on and advocate for the Report recommendations.

The ECR promotes major global changes in almost all aspects of education. There is much to commend in the report, including its comprehensiveness, research-base, wealth of examples, good intentions, and herculean efforts. However, in what follows, I will briefly discuss four very significant problems (also see Global Campaign for Education, 2016; Stromquist, forthcoming).

Reneging on the SDG Promise

Perhaps most astonishing is that the ECR gives up on achieving many of the education SDG (Sustainable Development Goal) promises before we have even started trying to fulfil them!  The goal of 2030 is unceremoniously moved to 2040, arguing that a full generation—defined as 25 years—is needed to achieve the “learning generation.” And even in 2040, not all will be achieved: “Following the Commission’s Learning Generation pathway, in 2030 [only] 62 per cent of girls and boys in low-income countries will complete secondary school…[and] [i]n 2040, [only] 83 per cent will complete” (40). The ECR operationalizes learning goals that are left undefined in the SDG targets. But the projections of learning are more dismal, even if all the ECR recommendations are enacted. While the ECR envisions nearly 100% primary school completion by 2030, it points out that only “68 per cent will achieve learning benchmarks” (40).  And we will not even have universal secondary school completion by 2040.  These projections, of course, depend on an array of assumptions.  I think it was a mistake for the Commission not to consider what it would take to achieve all the education SDG targets by 2030.  I don’t think the education SDG should be abandoned or postponed already!

Improving the Performance of Education Systems

Many of the ECR’s recommendations are directed towards improving the effectiveness and efficiency of education.  I found many of them problematic.  First, there was an overemphasis on international and national testing of a very narrow slice of cognitive skills, chiefly reading.  This will be a boon to testing companies and will likely shift attention away from other important educational outcomes as happened in the U.S. under No Child Left Behind.  Second, the ECR purports to show the relative cost-effectiveness of 20 “best-proven…practices to improve learning” (57), such as computer-assisted instruction, ability grouping, performance incentives, and community-based monitoring.  This is giving bad advice using bad data.  We do not agree on the costs or the effects of these reforms – certainly not at a global level, but also not at national or even local levels.  Best practice is hotly debated, and there are no blueprints.  Moreover, many of the practices are essential rights and should not be implemented based on their cost-effectiveness, such as mother tongue instruction, providing water and washrooms, malaria control, or even school feeding.

Another troubling major recommendation from the ECR to improve the performance of education systems is the widespread use of computer technologies (76-81). The Commission wants every school online by 2030, believing that technology can improve learning and lower costs. I believe internet access is a great educational tool and desirable for many reasons, but there is little evidence that it will increase learning, even in the narrow cognitive sense. And it is a costly add-on. The only way it can reduce costs is by increasing the pupil-teacher ratio and class size which will impede the attainment of broader learning dimensions in primary and secondary education.

A basic problem with the ECR and other recent efforts to improve education is their unremitting focus on so-called “results.” The endless emphasis here and elsewhere on “results-based” financing is detrimental to good education. First, again, “results” are defined narrowly in terms of a few measures of cognitive achievement and, second, there is a need to balance attention to outcomes with attention to inputs. Good schools, “child-friendly schools” require attention to well-educated teachers, good curriculum, adequate supplies of high-quality learning materials, facilities conducive to learning, child-centred teaching and more. In the rush to focus on “learning,” attention to critical inputs is being ignored.

How to Finance EFA and the SDGs

Finance was the central issue of the Commission’s effort, and lack of finance has perhaps been the most significant obstacle to achieving EFA (Education for All) and the MDGs (Millennium Development Goals) in past decades.  The ECR projects that while most of the financing needed can come from the countries themselves, there will still need to be substantial international assistance; specifically, external funding will have to rise from $16 billion/year today to $89 billion/year in 2030.  I find the Commission analysis here vague, unrealistic, and perhaps even dangerous.  I think it unrealistic to expect “philanthropists, corporations, and charitable organizations” (114) to contribute $20 billion/year by 2030.  Moreover, whatever they do contribute will continue to be as uncoordinated, self-interested, and misdirected as it is now (van Fleet, 2012).

The Commission also relies heavily on a new coordinated Multilateral Development Bank (MDB) initiative – combining the World Bank and the regional development banks – that would increase their funding for education from $3.5 billion today to $20 billion a year by 2030.  I doubt that the Banks will be able or willing to leverage all those additional resources for education. But more than that, the World Bank – and the regional development banks – have been ideological institutions, not at all evidence-based as they claim.  To the contrary, for over 30 years they have been committed to a set of neoliberal education reforms (Klees, Samoff, and Stromquist, 2012). This World Bank-on-steroids-MDB-proposal turns over education reform to the vagaries of Bank ideology.  If this proposal were to come to pass, the MDBs would be the biggest players in education, mobilizing 5 times more resources than GPE (the Global Partnership for Education), which will be relegated to the position of a peripheral actor.

The ECR ignores two solutions to the lack of finance.  First, for some reason, they decided to let wealthy countries off-the-hook.  It is unfortunate that the Commission argued that only 0.5% of GNI need go to ODA instead of the 0.7% agreed on long ago. If the international community lived up to its stated commitment, we would not have to renege on the SDG targets.  Second, the ECR basically ignored one of its own background papers that argued that all 17 of the SDGs could be financed if we developed global mechanisms to tax corporations fairly, wealthy individuals and financial transactions (Cobham and Klees, 2016; Klees, 2017).

In the ECR, as in many reports, education often seems like it is a miracle cure for the ills of the world. While I am a firm believer in the value of education, education is far from a panacea.

The report spends no time examining why EFA and the MDGs have failed, nor why, longer term, more than 50 years of promises by the international community of universal primary education and broader development goals have borne such little fruit. As I (and many others) have elaborated elsewhere, neoliberal capitalism, underpinned by patriarchal, racist, and other structures, is not conducive to achieving broad education or development goals (Klees, forthcoming(a)).  Despite good intentions, EFA and the MDGs have not been serious efforts; relatively few resources have been devoted to them, and none of these efforts challenge the dysfunctional structures in which they are embedded.  EFA, the MDGs, and the SDGs, serve mostly to legitimate an extremely unequal world system by promising changes which are not forthcoming, helping to justify a system in which literally billions of people are relegated to a marginalized existence.

We need to transform neoliberal capitalism if we wish to fulfil the education and other SDGs. Among other things, neoliberalism has exalted the private sector, and it is treated as a key partner in the education and development effort (ECR, 81-86). In a past life, I went to Stanford Business School. There, I had a professor who wrote a paper entitled, “The Social Responsibility of Business and Other Pollutants of the Air.” He was pro-business; his point was that the business of business was business, and we shouldn’t want or expect them to help solve problems that are fundamentally government’s. Business should not be a partner, should not be at the advice or governance table, should not be a part of the Global Partnership for Education, for instance. Whether the transformation of neoliberal capitalism means a return to a more liberal welfare state or a more radical change based on more participatory approaches to governance and more democratic approaches to the workplace remains to be seen (Klees, forthcoming(a)). However, without such a transformation, the SDGs will remain more of a dream than reality (Bond, 2015; Hickel, 2015).

Gordon Brown, in his preface to the ECR states: “We cannot accept another year or decade like this” (2). But the report does and we do.  The ECR talks of the lives that can be saved if we meet the SDGs. What about all the lives that will be lost if we wait until 2030, or 2040, or longer, to achieve education and the other SDGs? Right now we live with global triage, saving some lives while letting so many die or barely survive due to situations we can remedy.  Right now, international aid is basically charity, dependent on the self-interested whims of the wealthy.  This must change.  Sharing this planet’s wealth more equitably and treating the Earth with the respect required for our own survival are essential.  My fear is that without major social changes, we will get to 2030 with neither the education SDG nor the other SDGs fulfilled. My hope is that, around the world, this is more widely recognized than ever before, and there are more advocates than ever before for the types of transformations that we need to live equitably, well, and peacefully on our severely-threatened planet. We need to use the Commission’s Report and the SDGs themselves as an impetus for a broader, participatory discussion of needed educational and societal changes.

[1] This is taken from a review essay looking at the Education Commission Report and UNESCO’s Global Education Monitoring Report that will be published in the May issue of the Comparative Education Review (Klees, forthcoming(b)).

Cobham, Alex with Steven Klees. 2016. “Global Taxation: Financing Education and the Other SDGs,” Background Paper for the Education Commission.

van Fleet, Justin. 2012. “A disconnect between motivations and education needs: Why American corporate philanthropy alone will not educate the most marginalized.” In S. Robertson, A. Verger and K. Mundy (Eds.), Public Private Partnerships in Education. Northampton, MA: Edward Elgar Publishing.

Steven Klees is professor of International Education Policy at the University of Maryland.  His email is sklees@umd.edu.

Other NORRAG Blogs by Steven Klees: