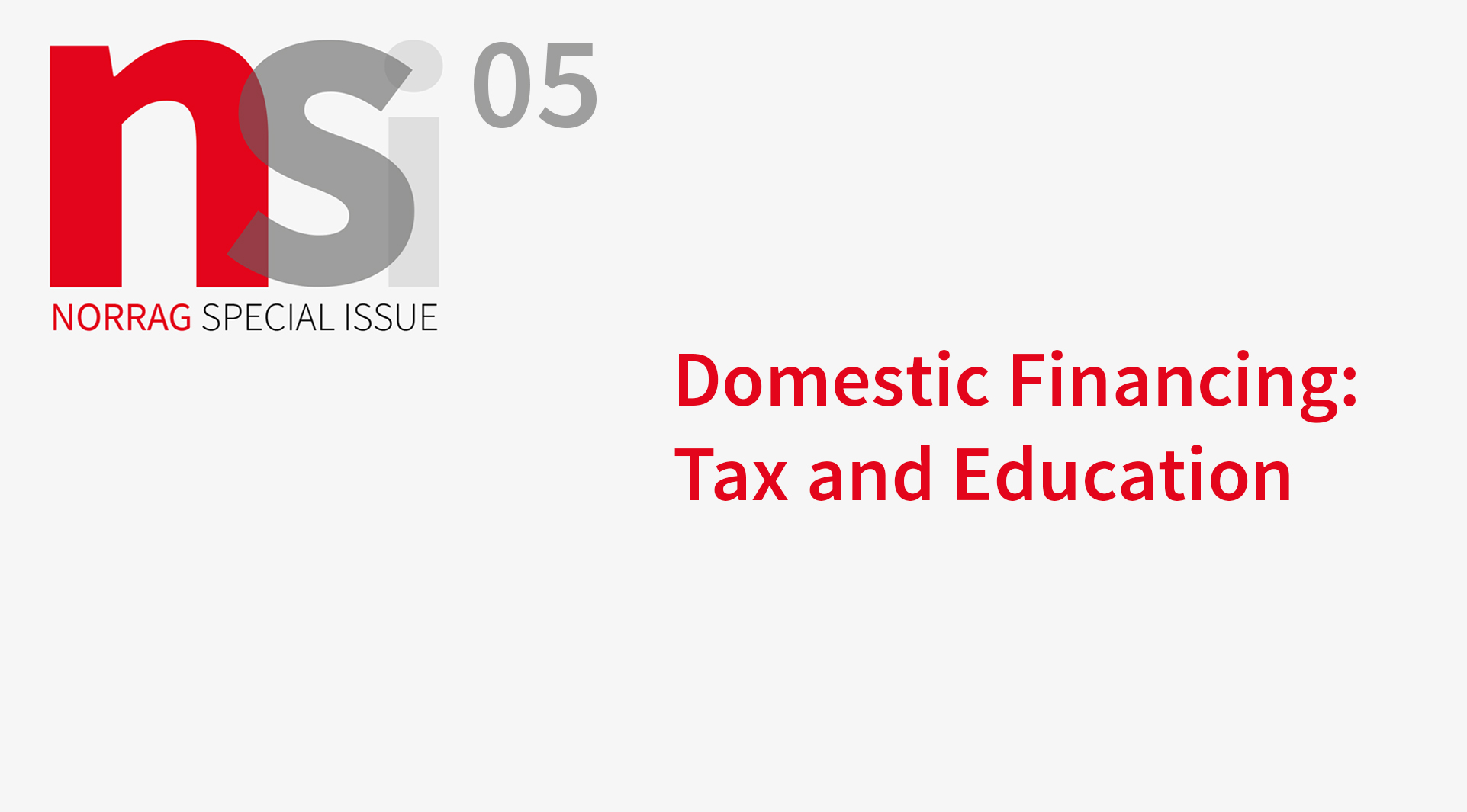 Watch the event recordings below.

NORRAG Executive Director, Moira. V. Faul began by introducing the speakers and the NSI series. The regional editions aim to further decentralize NORRAG’s knowledge production, promoting and engaging NORRAG members from the Global South. NORRAG works in partnerships with institutions all over the world to contextualise, translate and disseminate NSI.

David Archer, guest editor of NSI 05 English edition and Head of Civic Participation, Tax Justice and Public Services with ActionAid (UK), pointed out that NSI 05 is particularly timely publication amid the COVID-19 pandemic. Approximately 1.5 billion children were out of school when NSI 05 was first published in English in November 2020. Education has been deprioritized by governments during the pandemic and faces increased pressure around the world. As a result, questions concerning domestic financing for education are more pertinent than ever. Even though 97% of resources for education come from domestic sources, the search for increased funding for education in the Global South is primarily focused on how to augment international aid or loans rather than on how to increase domestic spending. NSI 05 asks, ‘How do we expand sustainable financing for education?’ which Archer argues will come from a shift by policy makers and governments towards reviewing domestic budgets, increasing tax revenues, and building progressive, gender-responsive tax systems.

Rasha Sharaf, Regional Editor of NSI 05 Arabic edition and Professor of International and Comparative Education at Helwan University, spoke about the process of gathering and translating articles for the Arabic edition of NSI 05. Articles chosen for this edition address issues of tax justice, privatization of education, corruption, and the future of education, as well as an ongoing debate in the Arab region about the government’s role in education as a service provider or investor.

Regional Editor of NSI 05 Chinese edition and Deputy Director and Professor of the Institute of International and Comparative Education (IICE) at Beijing Normal University, Jun Teng pointed out that education was only officially recognized as a public good two years ago in China. Teng selected articles that question the role of government and businesses in education and privatization of education. The Chinese edition of NSI 05 emphasizes decentralization of information and features case studies from around the world, including China, Brazil, and Uganda. The Chinese edition of NSI 05 has likely potential in book form in China.

Kairat Kurakbayev, Regional Editor of NSI 05 Russian edition, presented two articles exclusive to the Russian edition: “Overview of education taxation in Kazakhstan” by Aida Sagintaeva and Baglan Matyganova, reviews taxation in higher education in Kazakhstan, looking specifically at Nazarbayev University, one of Kazakhstan’s top-ranked universities, that suffers from increased student tuition fees and poor investment in infrastructure. The second article, “Fiscal decentralization and per-capita school funding in Kazakhstan” by Ali Ait Si Mhamed and Rita Kasha addresses unequal spending on education in urban versus rural areas and the shortage of public schools in the country. Could public-private partnerships be a solution?

According to Felicitas Acosta, regional editor of NSI 05 Spanish edition, tax justice will be key to transforming the right to education. The NSI 05 Spanish edition focuses primarily on the issue of distributive justice in taxation as the greatest challenge to increasing spending on education in Latin America. While development varies across the region, the percentage of government spending on education remains below international norms in most Latin American countries. 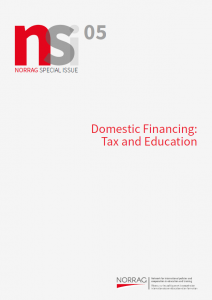 The fifth edition of NORRAG Special Issue (NSI), first released on 23 November 2020 in English, is entitled “Domestic Financing: Tax and Education.” NSI 05 aims to analyse tax justice and domestic resource mobilization, with a special focus on the global South.

NSI 05 consists of 25 articles which aim to highlight global and national-level experiences and perspectives. It calls for greater attention to issues that influence national resource capacities for education and how that funding may be used. Questions of financing education are even more pressing as we face the consequences of Covid-19 and the impact of lockdowns globally. This pandemic is radically changing school attendance and learning, as well as the amount of education spending available from a diminished tax base.

The issue is composed of six sections that showcase global perspectives as well as local case studies, discussing the links between tax justice and domestic financing for education from different standpoints.

NSI 05’s guest editor, David Archer, is the Head of Civic Participation, Tax Justice and Public Services at ActionAid (UK), and holds extensive experience in education. He co-founded the Global Campaign for Education, is the Board Chair of the Right to Education Initiative, Chair of the Strategy and Impact Committee of the Global Partnership for Education and is a trustee of the UK Education and Development Forum (UKFIET).