The Post-2015 Global Thematic Consultation on Education included a series of e-discussions Dec 2012 – Mar 2013 (on access, quality, skills, finance), which have been neatly summarised into overviews. But what can we say about the role of the South in these e-discussions? Who participated? And what has been the voice of the South?

NORRAG has done an alternative review of these e-consultations (available here); this does not repeat the overall official summaries of the e-discussions, but focuses on trying to tease out – to the extent possible – the role of the South and the voice of the South in these e-discussions.

Who were involved in the e-discussions?

Those posting comments largely fell into two categories: individuals and civil society organisations (CSOs). However, there were also posts from inter-agency and inter-governmental organisations. A large proportion of contributions were anonymous (see below); as a result, of course, the comments lose their context and therefore, it could be argued, much of their value. When CSOs were contributing, sometimes it was not clear if they were putting forward their own personal views, or their organisational views. The moderators, for the most part, stuck to posing questions or to doing summaries of discussion.

The official summaries of these e-discussions provided a general summary of all the comments, regardless of who or where they were from. These official summaries appear to have over-played the amount of substantive comments and contributions. According to the official summary reports of the education e-discussions, there were 539 responses. On closer inspection about 15% of these could be classified as unsubstantive responses; they were either duplicate posts, moderator questions trying to encourage responses, off topic, or had no or little key message.

The role of the South in these e-discussions 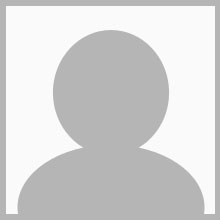 45% of substantive comments were anonymous

What has been the role of the South in these e-discussions? Has it been possible to identify who has participated?

Of the approximately 450 substantive responses:

The voice of the South in these e-discussions

Below, we focus on southern respondents versus organisations, and exclude anonymous respondents. We only cover three of the four e-discussion topics in this blog; the last e-discussion on governance and finance only attracted c.56 substantive comments altogether and so is excluded here.

With regard to challenges, individuals from the Global South identified the lack of policy implementation and the issue of violence as being important, while organisations did not mention these aspects. Both organisations and individuals cited the links between quality and equitable access, the links between wider inequalities (e.g in income) and educational inequalities, and the issue of discrimination.

With regard to challenges, individuals from the Global South and organisations identified quite a similar range of issues.

With regard to recommendations, individuals from the Global South identified curriculum reform, and the need for better monitoring, accountability and good governance. Both the southern individuals and organisations identified teacher training, investing more in schools and investing more in pre-school as important to improve learning outcomes. Organisations flagged up the need to measure learning outcomes.

With regard to recommendations, individuals from the Global South and organisations both identified the need to promote inclusive education, curricula reform and the importance of learning foundational skills as being a high priority in order for education for global citizenship, jobs and skills to be promoted.

Concluding Comment: What is the legitimacy of these e-discussions within the debates?

In terms of legitimacy, the e-discussions cannot claim to be more than illustrative views of a range of some (limited, mainly Northern) opinion. The aggregate summaries presented of the e-discussions disguise a lot of the noise (and sometimes randomness) of the comments made. Even when we try to pick apart were respondents are from and who said what, this is also of limited legitimacy; even if we can say that 1 in 5 of substantive responses are from individuals in the South – just by the fact that they had to give responses online indicates that it is unlikely such individuals would be in any way part of marginalised groups, or in fact from the poor.

In terms of impact, such e-consultations which are then summarized by the moderators may not be a very influential modality, regardless of whether the comments are made by people from the North or the South.

On reflection, those interested in gathering opinions should start by questioning the utility and limitations of conducting such e-discussions; and, if the decision is taken to proceed, ensure that basic data is collected from those responding. Perhaps this lesson has already been learned: when one visits the www.worldwewant2015.org website now it is necessary to register and provide your name, organisation and current country location as a minimum set of background data on yourself. It would have been useful if this had been collected from the 500+ responses for the education e-consultation.

Those interested in contributing to future e-discussions, should take this piece of advice: follow the moderator’s guidelines, answer the question being asked and, above all, keep brief and to the point!