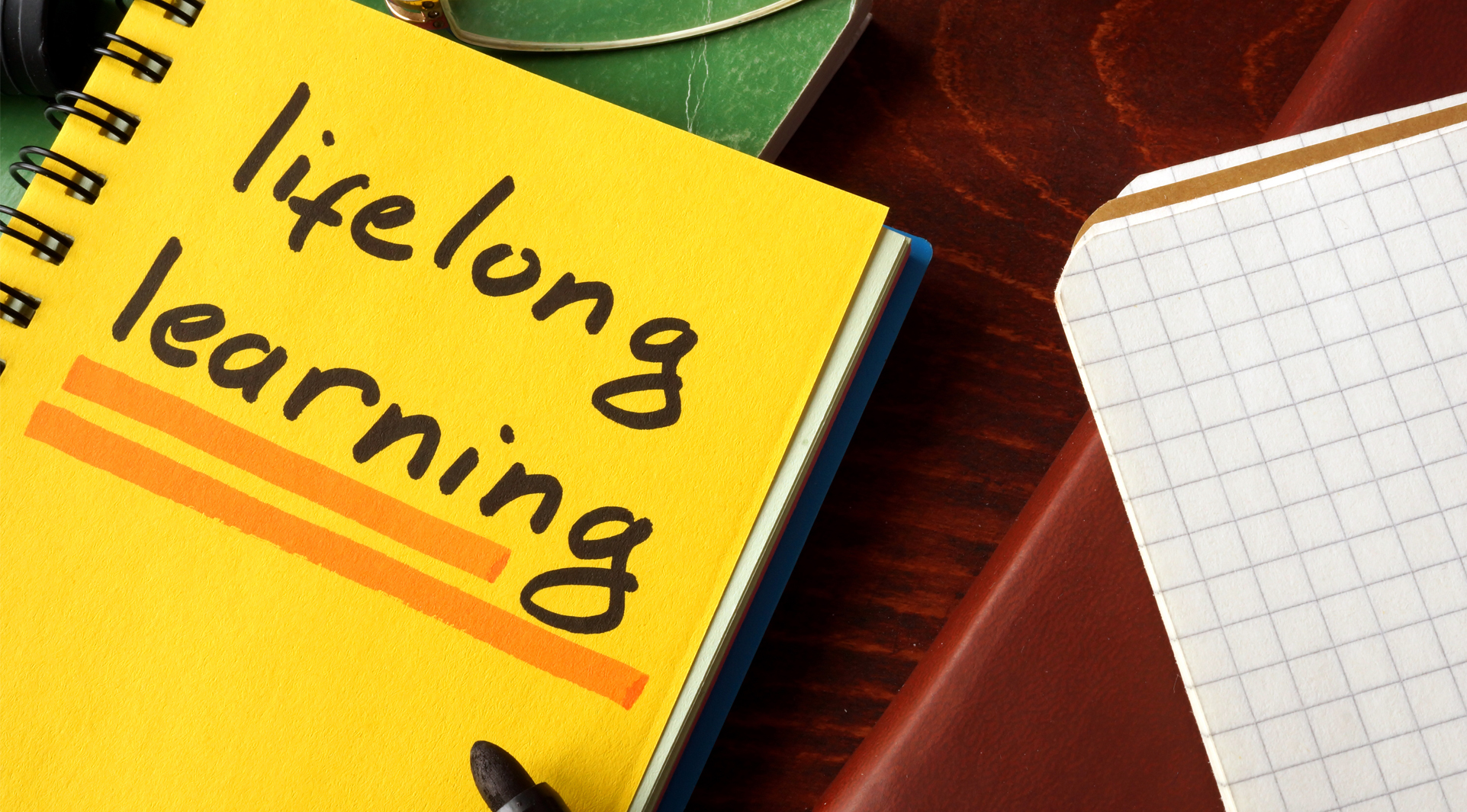 This NORRAG Highlights is contributed by Maren Elfert, Lecturer in the School of Education, Communication & Society at King’s College London. In this post, the author looks at the often-misunderstood concept of lifelong learning (LLL) in relation to the Sustainable Development Goals. Will the SDG promise of a transformative vision concerning LLL be translated into concrete policy actions? Or will the promise not come to fruition, like many other “passing fad”, in the global development agenda?

Although lifelong lifelong has become pervasive as an educational policy paradigm in the past decades, in particular since the 1990s, it remains a highly misunderstood and obscure concept. Since lifelong learning has been prominently featured in Goal 4 of the Sustainable Development Goals (SDG 4), we are seeing a resurgence of activities in international organisations to promote lifelong learning. For example, UNESCO is in the process of preparing several policy handbooks and conducting capacity-building activities for member states. The ILO, on the occasion of its 2019 centenary, has launched a Global Commission on the Future of Work, which calls for “a universal entitlement to lifelong learning” (ILO, 2019, p. 30) as a cornerstone of a reinvigorated social contract. The OECD plays a role in monitoring and measuring SDG 4, and the European Union is re-engaging with lifelong learning and another key idea of SDG 4, global citizenship education (Bridge 47, 2019), in its pursuit to build a knowledge society of lifelong learners. The renewed attention to lifelong learning is surprising and promising as previous development frameworks such as the Millennium Development Goals and Education for All (EFA) paid little attention to the concept and substantial conceptual work on lifelong learning at the international level has not occurred since UNESCO’s Delors report in the 1990s (Elfert, 2018; 2019).

The four generations of lifelong learning

Lifelong learning – in various iterations – emerged as a guiding principle for the reform of education systems in the post-World War II context. Since then, shifts have occurred in its meaning and interpretation, and it underwent roughly three generations between the 1960s and the present time (Rubenson, 2002). The first generation were the 1960s and 1970s when the idea of lifelong learning (at the time the most common term was “lifelong education”) emerged in the context of debates about social reforms. In the second generation, under the influence of neoliberalism, the meaning of lifelong learning shifted towards employability, tied to human capital and economic growth. The third generation balanced the two approaches, while still prioritizing the employability aspect. It could be argued that the prominence of lifelong learning in SDG 4 marks the beginning of a fourth generation, in which lifelong learning is – for the first time – promoted in the context of development. As noted by Benavot (2018), “never before has the notion of ‘lifelong learning opportunities for all’ been articulated as an international development priority” (p. 5).

The challenges to the realization of lifelong learning

What is missing in the current policy attention to lifelong learning under SDG 4 is a debate about what lifelong learning means and about the many challenges that remain in the realization of lifelong learning in its full potential, characterized by the pioneers of the first generation as the “maximalist” vision of a learning society, which involved “a fundamental transformation of society” (Cropley, 1979, p. 105; Elfert, 2018). In what follows, I will briefly lay out only some of these challenges.

First, the prioritization of formal education and the thinking about education in categories are difficult to overcome. Assessment and recognition of knowledge acquired outside the formal education system poses “a major challenge to the established hierarchy and traditional validation of different kinds of knowledge” (Schuetze & Casey, 2006, p. 280). Let’s think about the implications if knowledge achieved in informal ways or non-formal settings had the same value than a degree obtained in a prestigious university. How can lifelong learning be reconciled with privileged knowledge that is not accessible to all? A serious commitment to lifelong learning entails an awareness of the hidden ways in which educational structures and discourses of learning reproduce inequality and power (Wain, 2004). For the pioneers of the first generation of lifelong learning, the concept was tied to a profound democratization of education. This might be an unrealistically ambitious agenda in the current political climate, in which the foundations of democracy have become highly contentious, illustrated by the glaring absence of the word “democracy” in the 17 SDGs (Smith & Gladstein, 2018).

Second, from a lifelong learning perspective, it will be important to tackle the traditional marginalization of adult, non-formal and informal education. From historical experience we know that attempts to promote the “maximalist” vision of lifelong learning have been resisted (Elfert, 2019), and so far there are no indications that adult education will receive greater attention in the near future. UNESCO’s Global Education Monitoring Report 2016 states that “adult education remains a low priority in budgets”. Adult education has been overshadowed by formal school education, and where it has been supported, this was mainly as a strategy for promoting economic growth (Elfert, 2019). Benavot (2018) highlights the contradictions in SDG 4: On the one hand a prominent featuring of lifelong learning, which “has opened up…a huge window of opportunity for ALE [adult learning and education] advocacy” (p. 5), on the other hand “the shift to ‘lifelong learning’ is doing little to mitigate the many challenges and impending marginalization facing adult education” (p. 8).

Third, the privatization of education and knowledge is a hindrance to lifelong learning, as “the trend towards the privatization of the public sector worldwide [has] implications for access and equity” (UNESCO, 2015, p. 46). Scholars writing from the perspective of the Global South are sceptical about the possibility of realizing lifelong learning because of its association with “competiveness, privatization and marketization” (Regmi, 2015, p. 559). There is potential that the age-old and cross-cultural idea of lifelong learning could inspire a revival of indigenous values and approaches to education (Avoseh, 2001; Maruatona, 2011; Odora-Hoppers, 2006). However, what we have seen so far in most countries that have engaged with the concept is that of the “two competing versions of ‘lifelong learning’—the one visionary and all encompassing, the other driven by narrower interests related to training, competency and the world of work” (Aitchison, 2004, p. 519), the latter has prevailed.

Fourth, the focus on measurement, which is likely to reach new heights in the era of the SDGs (Grek, 2019), will not play in favour of lifelong learning. The recently published Global Report on Adult Learning and Education (GRALE) points out that in particular the category of “liberal, popular and community education” might be very difficult to capture. There is a risk that the focus will be placed on forms of education for which statistics are available. Benavot and Stepanek Lockhart (2016) point to the lack of available data for participation in non-formal education (p. 5). They further maintain that the current “skills” agenda might make it difficult to monitor progress in adult education as the lack of a common definition of “relevant skills” in some of the targets in SDG 4 could undermine their monitoring (pp. 4-5; see also King, 2017, p. 807). It is also important to note the considerable disparity between the ambitious goals and the narrow indicators used to measure them (Unterhalter, 2019; see also King, 2017).

Given the grip of results-based policy-making, accountability and “governing by numbers”, I would predict considerable resistance to a transformative lifelong learning agenda as the pioneers of the first generation had in mind. One of them, Ettore Gelpi (1984), discussed the resistance to lifelong learning in some detail. In his view, “the links between education, culture, work and leisure have often been difficult, because of their ‘provocative’ nature and the bureaucratic resistance of education systems” (p. 81). He further argued:

Gelpi’s lucid assessment is still as valid today as it was in the early 1980s. Louis Emmerij, head of the ILO’s World Employment Programme from 1971-1976, referred to recurrent education, the OECD version of the first generation of lifelong learning, as one of the greatest ideas of his time; however, it “died a quiet death in the OECD”, as it required “changing the system” (cited in Elfert, forthcoming). Is it the time now to achieve what could not be achieved in the 1970s? Lifelong learning implies extensive changes and needs holistic thinking, collaboration among different groups and sectors of society and long-term commitment. It seems unlikely that lifelong learning will experience a fundamental change towards a lifelong learning society at a time when many social and economic rights have been rolled back (MacNaughton & Frey, 2018). Unless we tackle the challenges outlined above, there is a real possibility that the discourse of lifelong learning will not be more than “the preferred formula for preparing individuals and societies for a life of uncertainty and insecurity, unstable jobs and changing work profiles and locations” (Vargas, 2017, p. 6). We will have to make a decision whether we want lifelong learning to be a transformative vision, as promised by the SDGs, launched under the title “Transforming Our World”, or just another passing fad in the never-ending cycle of development agendas.

About the Author: Maren Elfert is Lecturer in the School of Education, Communication & Society at King’s College London. Her research focuses on global governance and the influence of international organizations on educational ideas and policies.

Benavot, B., & Stepanek Lockhart, A. (2016). Monitoring the education of youth and adults: From EFA to SDG4. International Perspectives in Adult Education. Bonn: DVV International.

Elfert, M. (forthcoming, 2020). The OECD, American power, and the rise of the “economics of education”. In C. Ydesen (Ed.), The OECD’s historical rise in education: The formation of a global governing complex. New York: Palgrave Macmillan.

Grek, S. (2019). The construction of SDG4: Examining the interdependencies of international organisations in the production of education data. Paper presented at the European Conference on Educational Research (ECER), Hamburg, 3-6 September, 2019.