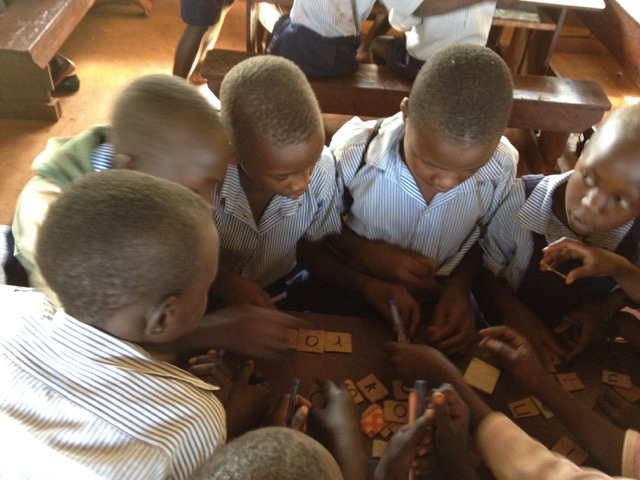 This blog takes its title from the Swahili proverb “Wealth, if you use it, comes to an end; learning, if you use it, increases.” This reflects our belief that the capacity for evidence-informed educational decision-making in sub-Saharan Africa is reliant on the recognition and use of the evidence base created by African researchers. In the first of a series of blogs, we introduce and invite readers to participate in a project to explore, collate and spotlight education research in Africa.

The serious educational challenges facing sub-Saharan Africa are well-documented: 55 million school-age children are not enrolled, and many millions more leave school without achieving functional literacy or numeracy let alone vocational and higher-order skills that would further facilitate their socio-economic inclusion. Learning outcomes are inequitable, with poverty, gender, disability and rurality systematically linked to educational disadvantage. Clearly, ‘business as usual’ is insufficient for achieving national, regional or global education goals, such as the Continental Education Strategy for Africa (CESA), Agenda 2063, or the Sustainable Development Goals (SDGs).

There is now an urgent need for a strong evidence-base to inform policy and practice in order to tackle the problems in education systems in Africa and accelerate progress towards these goals. There are promising signs that this evidence base is growing. However, the information is scattered, and evidence produced by researchers and institutions in Africa is often difficult to access. Studies indicate that African education research is still – as 20 years ago – routinely ‘overlooked and undervalued’, achieving little recognition, even in its countries and institutions of origin.

To redress this neglect and increase the visibility and impact of African research, the Research for Equitable Access and Learning (REAL) Centre is partnering with Education Sub-Saharan Africa (ESSA)[1] on a project to catalogue, review and synthesise education research conducted by researchers, institutes and networks in Africa.

The project will draw on past inventories undertaken by the Educational Research Network for West and Central Africa (ERNWACA), and on the ongoing one run by Atelier de Recherche sur l’ Education au Burkina Faso (AREB) with the support of the Agence Française de Développement (AFD), the Association pour la Recherche sur l’Education et les Savoirs (ARES-Paris)  and the ongoing collaborative programme between NORRAG and AREB.

It will include structured searches via:

Work on the database began in June 2017, and our preliminary activities offer some initial insights into the state of education research in sub-Saharan Africa. Our search shows a 700% increase in peer-reviewed publications by Africa-based researchers over the past 20 years. 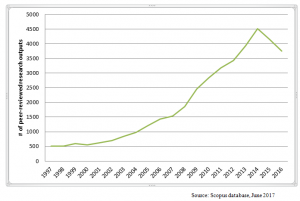 Despite this positive trend, further analysis reveals that research outputs from the region are limited and uneven. A search of the Scopus academic database using the terms ‘education’ and ‘school’ (in English, French and Portuguese) yielded 11,707 publications by researchers affiliated to institutions in the region over the past decade. Over the same period researchers from Australia (with a population of 24 million), had twice the combined output of researchers from sub-Saharan African countries (with a total population of around one billion).

Research outputs included in the database are concentrated in certain countries. The top ten universities by research output are all in South Africa, which also recorded more publications than all other countries in the region combined (Table 1). Nigeria, Kenya and Ghana are next in line. 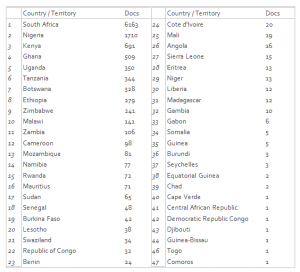 We recognise that the research outputs recorded here are limited to those from selected journals included in academic databases, and are likely to omit studies conducted in other languages. There is likely to be a much wider body of evidence within sub-Saharan Africa that these databases do not pick up.

With this in mind, we are keen to hear from readers to assist in our efforts to widen our search. We are particularly interested in hearing about important studies undertaken by researchers and institutions based in sub-Saharan Africa which provide evidence that can contribute to our understanding on reaching national, regional and global goals in education. Please do so by leaving a comment below or by emailing Rafael on rm882@cam.ac.uk.

[1] Education Sub-Saharan Africa (ESSA) is a virtual centre which launched in April 2016 with significant funding and support from the Robert Bosch Foundation. Its mission is to join up, inspire, focus and increase impact for everyone investing in education in Sub Saharan Africa. It acts as: